Tanzanian president Samia Suluhu visited Kenyan deputy president William Ruto during her recent trip to Nairobi, claims the caption of a photo posted on Facebook on 5 May 2021.

“Pale Karen , ofisi ya DP Ruto : HE 5th President of Kenya , Dr William Ruto meets with Tanzania's president , Suluhu,” it reads in a mix of Kiswahili and English.

This roughly translates as: “At Karen, the office of deputy president Ruto: his excellency the fifth president of Kenya, Dr William Ruto meets with Tanzania’s president, Suluhu.”

The photo shows Suluhu holding a sculpture next to a smiling Ruto. He remains deputy president, but is likely to run for the presidency in Kenya’s 2022 elections.

Suluhu arrived in Kenya on 4 May for a two-day state visit, during which she addressed a joint sitting of parliament. Suluhu and her host, Kenyan president Uhuru Kenyatta, held bilateral talks in a bid to strengthen relations between the two countries.

But does the photo show Suluhu visiting Ruto’s office in Karen, a suburb of Kenya’s capital of Nairobi, in 2021? We checked. 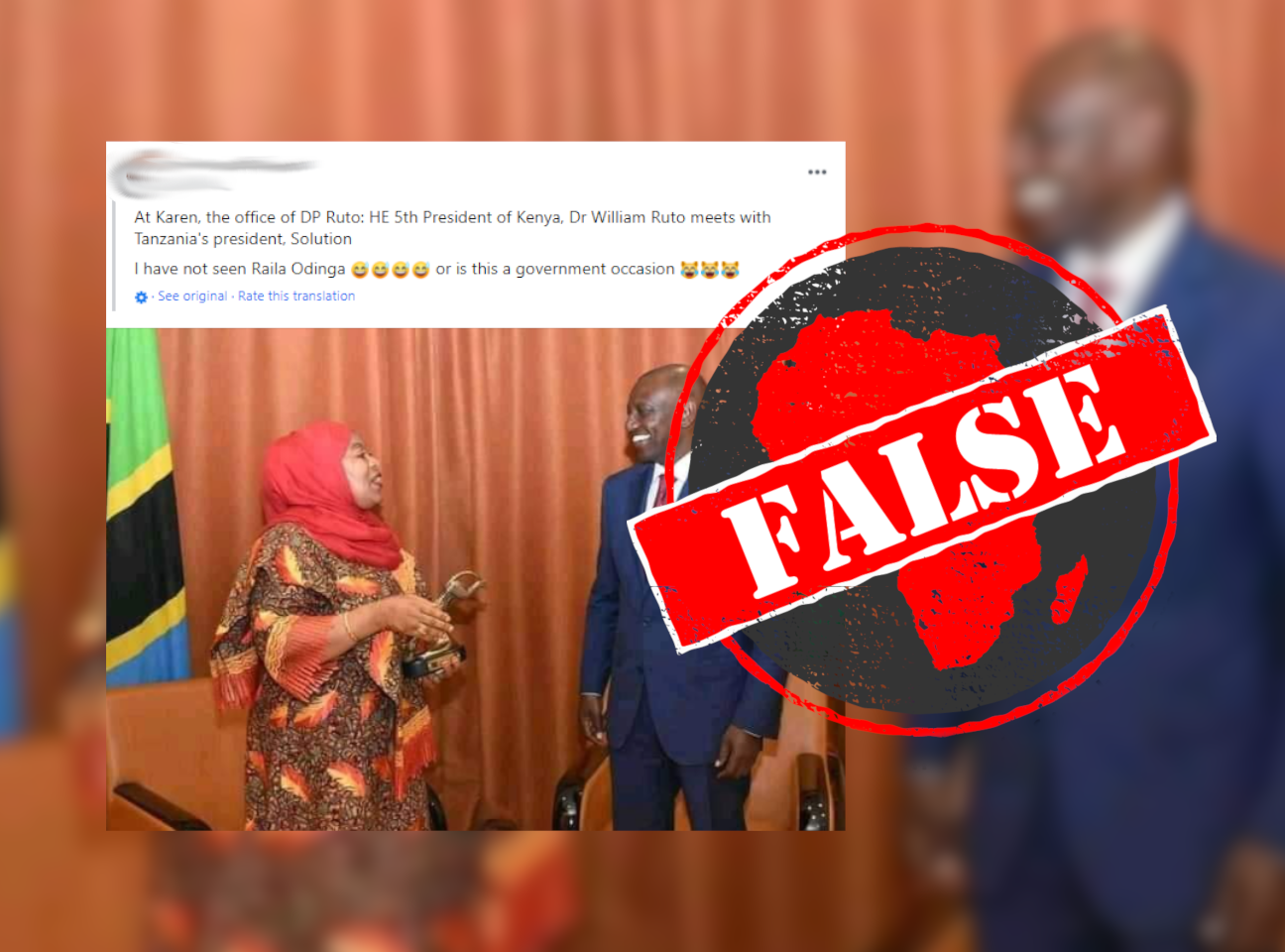 A Google reverse image search reveals that the photo first surfaced online on 13 March 2019 when Ruto shared it on his official Twitter account.

Ruto posted a series of photos and captioned them: “During a meeting with Tanzania Vice president Samia Suluhu in Kampala, Uganda. #AfricaNow19.”

The photos were taken during the 2019 Africa Now Conference in Uganda, which was attended by leaders from across the continent.