“THE FG APPROVES 300 PERCENTAGE INCREASE IN SALARIES OF NIMC WORKERS,” reads a message posted on Facebook in Nigeria in September 2021. “EH...WHAT OF DOCTORS AND LECTURERS?”

The post has been shared several times, and some commenters questioned the source of its claim.

One Facebook user said: “Where did you get the 300%? Available news in the media is saying 200% but you are already jumping the figure to 300% to cause confusion.”

Did the federal government really approve a 300% increase in the salaries of the commission’s staff? We checked. 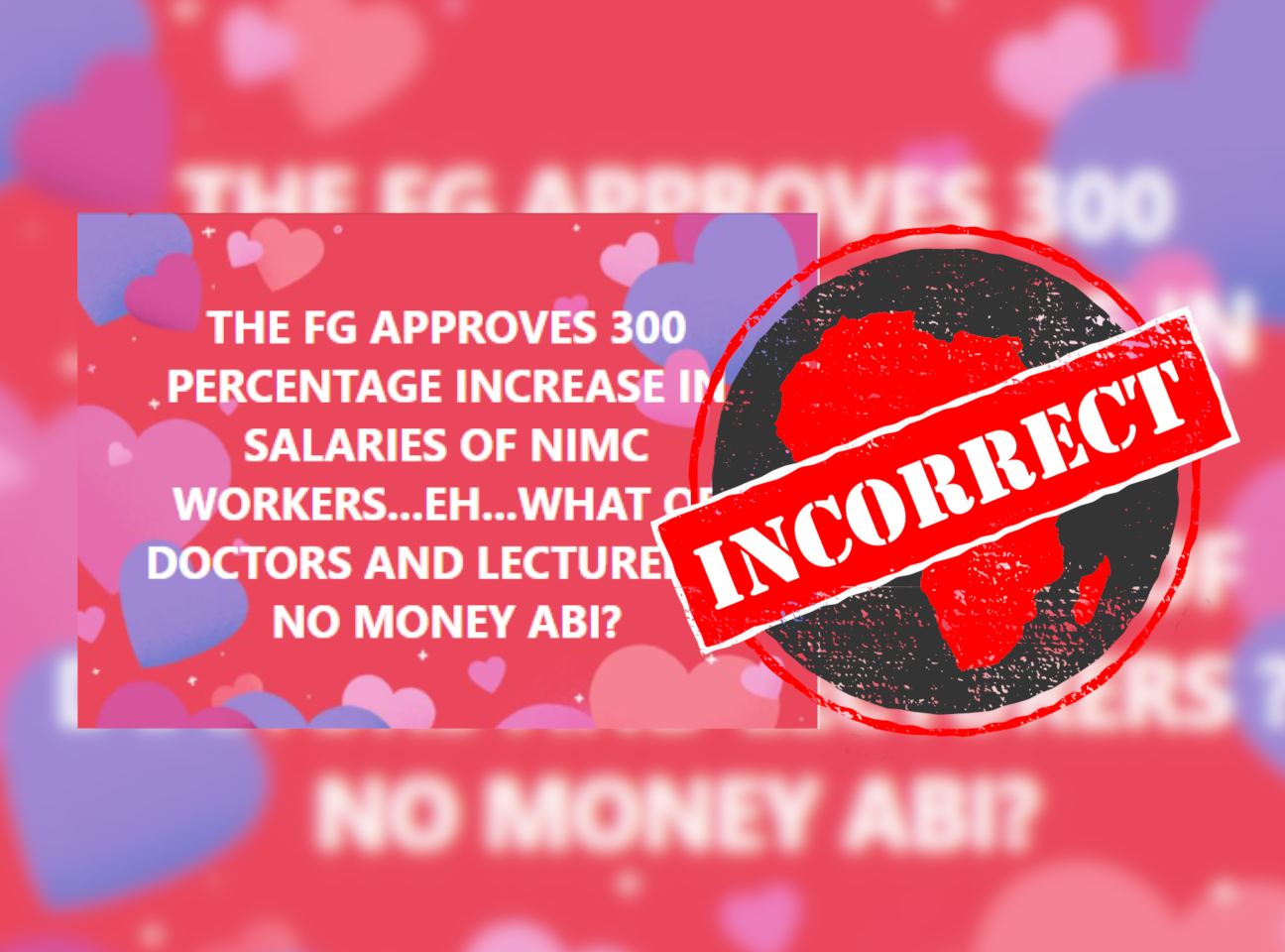 In September, the federal government approved new conditions of service for NIMC staff, which included a revised salary scale.

According to Isa Pantami, the minister of communications and digital economy, the new conditions raise the total NIMC staff cost by more than 200%.