A screenshot shared on Facebook appears to show a tweet from businessman Zedekiah Bundotich Kiprop, popularly known as Buzeki. In it, he criticises Kenya’s ruling Jubilee party, while praising deputy president William Ruto.

The tweet reads: “They approached me and promised heaven, zero corruption, stable economy then came #KemsaScandal, #BBINonsense high taxes and classes being conducted under the trees this is hectic, DP Ruto doing great. Tai…”

In 2017, Buzeki unsuccessfully ran for governor for Uasin Gishu county in western Kenya. He has in the past been a fierce critic of the Jubilee party, and, in particular, the deputy president. 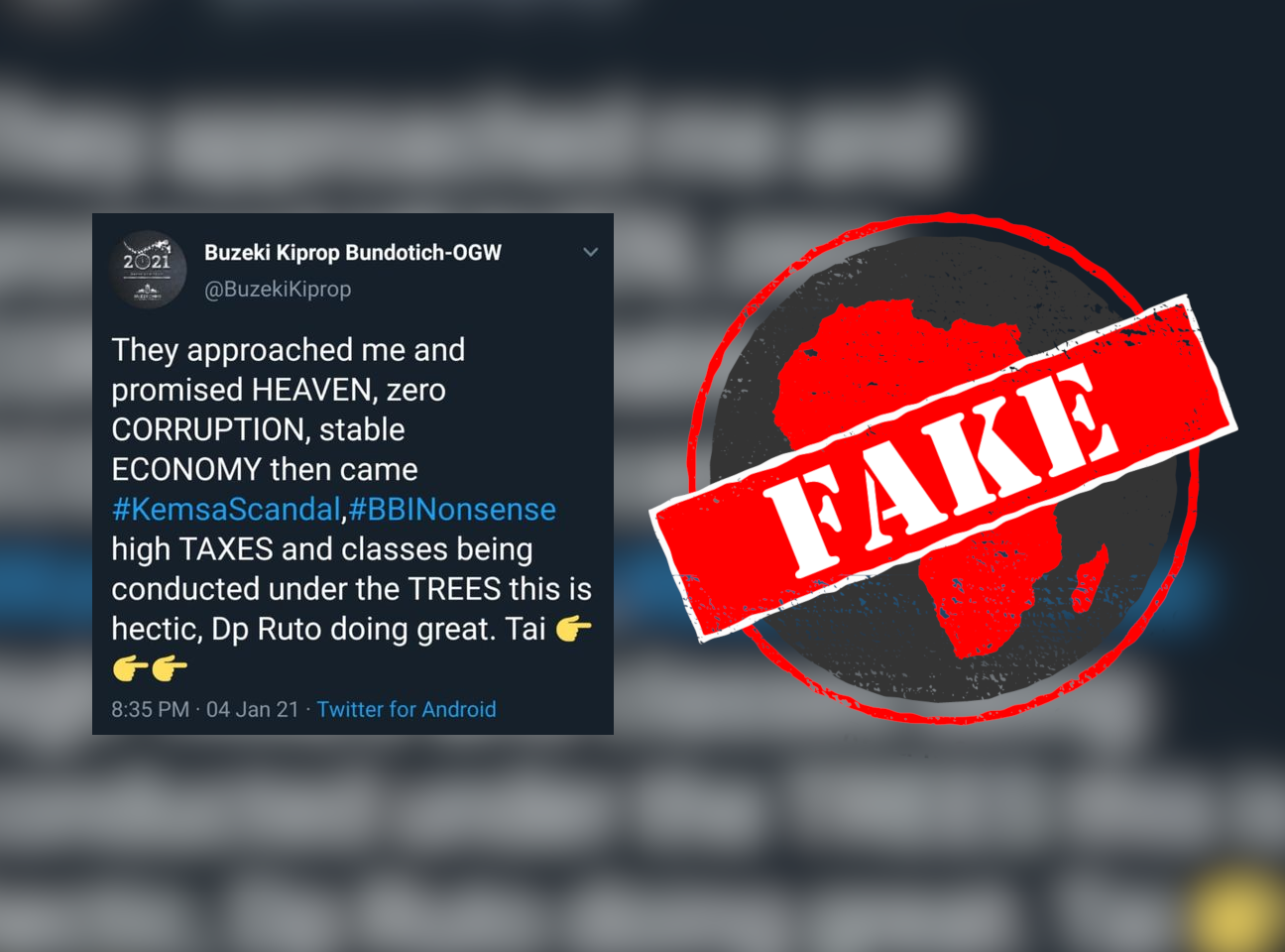 The tweet in the screenshot is dated 4 January 2021, but we could not find it on Buzeki’s official Twitter account. The following day he complained of people “doing propaganda with fake accounts”.

We sent a direct message to Buzeki, to confirm whether he wrote the tweet circulating on Facebook. His response was simple: “It is fake!"