It then lists five Twitter user accounts, each to be paid thousands of US dollars.

The document appears to be signed by Hussein Mohamed, the UDA campaign’s head of communications, and Veronica Nduati Maina, the party’s secretary general.

Kenya’s 2022 elections season has been characterised by reports of influencers being paid to push hashtags and in some cases promote misinformation, according to the Media Council of Kenya, an independent national institution.

So is this really an internal UDA memo authorising payment to Twitter influencers? 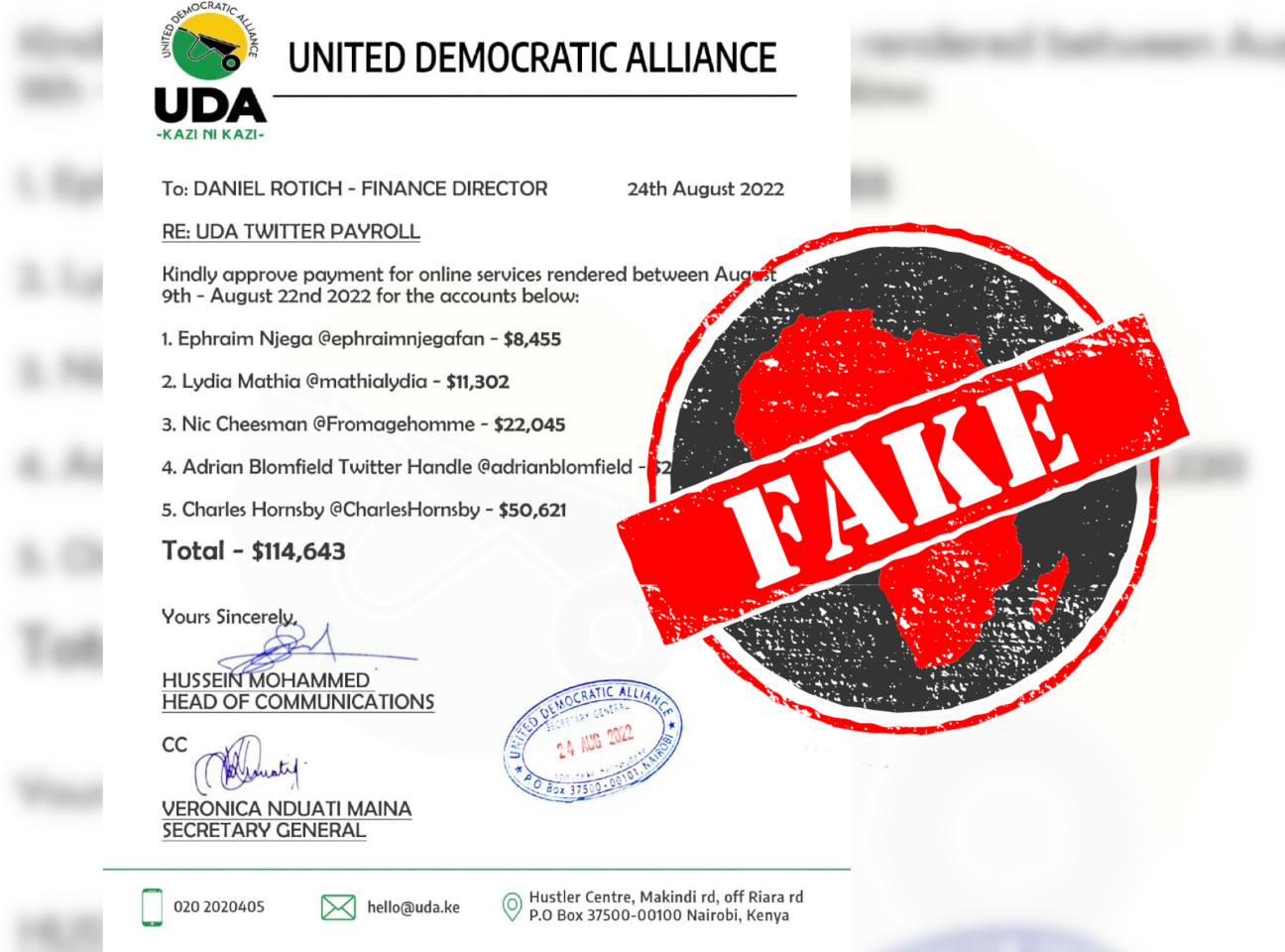 ‘Masters of forgeries and lies’

On 24 August, Mohamed posted the memo on his Twitter page, stamped “fake” in red.

Hinting at the reports of widespread election propaganda, Mohamed captioned it: “Desperation; by the masters of forgeries and lies!”