UDA supporters awaiting Ruto in Kisumu, Kenya? No, photo of crowd in green and yellow snapped in Tanzania, in 2015

Kenya’s August 2022 general election is still more than eight months away, but the main contenders for the presidency have been campaigning at political rallies for a while now.

Raila Odinga, a former prime minister and today leader of the opposition Orange Democratic Movement, toured eastern Nairobi on 7 November 2021 to address crowds in a bid to garner votes.

On 9 November, the day before Ruto’s rally, a photo of a huge crowd stretching into the distance, dressed in green and yellow, was posted on Facebook. Green and yellow are the colours of the UDA.

“Kondele residents waiting for the mighty Dp Ruto to land. #HustlersNation,” the caption reads. Kondele is an urban neighbourhood in Kisumu.

But in the comments, several users expressed doubt. “Ccm tz,” one said, meaning they thought the photo was from Tanzania. “Uku ni Zimbabwe bna,” said another, in Kiswahili – “This is Zimbabwe, man.”

Does the photo show a huge crowd in UDA colours, waiting for Ruto’s arrival in Kisumu? 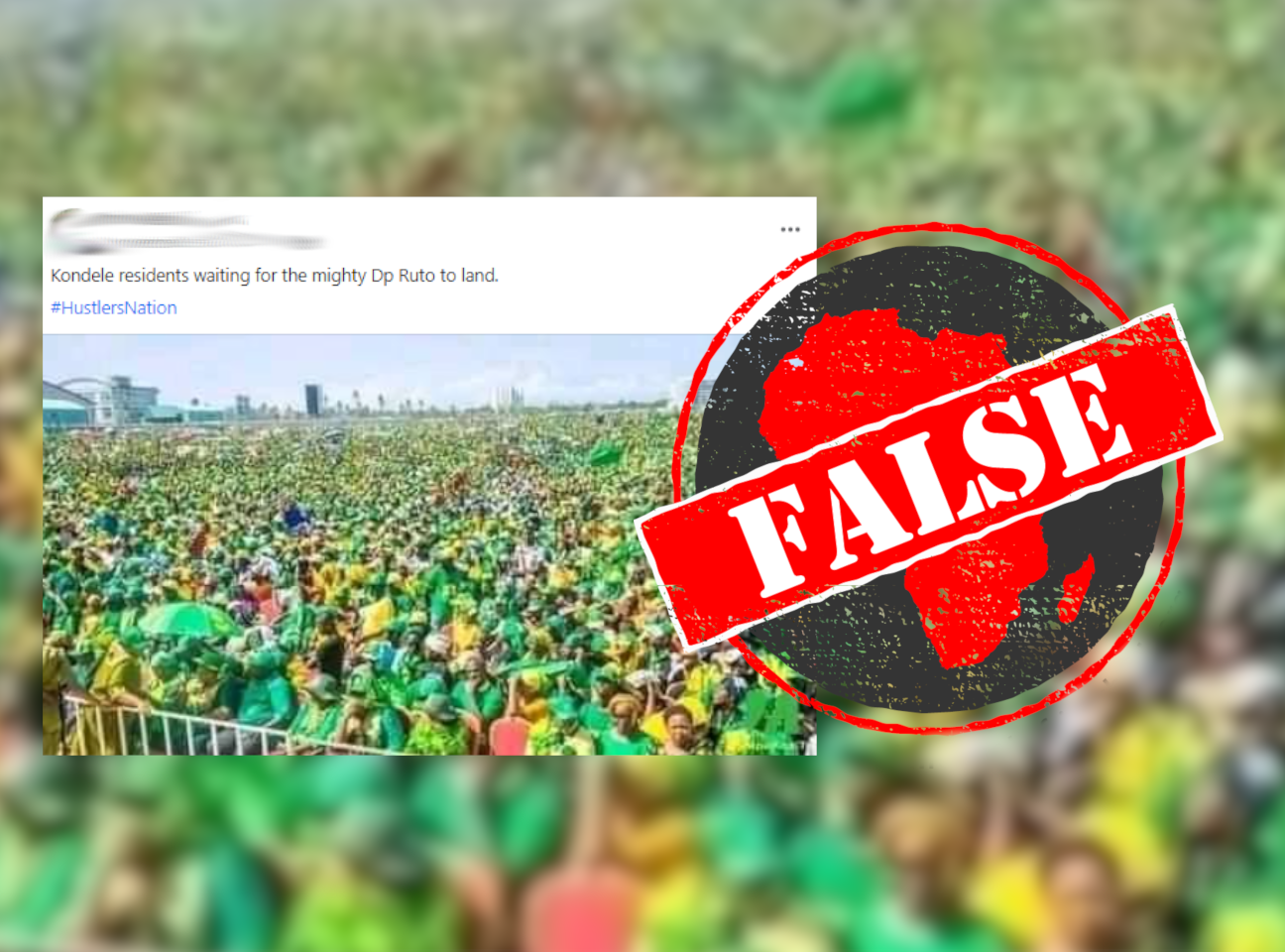 A reverse image search reveals that the photo is more than six years old.

It’s one of a set posted on the Twitter account of Tanzania’s ruling party Chama Cha Mapinduzi – “The Revolutionary Party” – on 23 October 2015.

The photo shows a rally at the Jangwani field in Dar es Salaam. The Tanzanian blog JamiiForums posted a video of the rally on its YouTube page a day later.

The photo also appears in news reports on Tanzania’s 2015 election. It does not show Ruto’s supporters in November 2021.