“Moment Larry Madowo Was Threatened By Ugandan Minister on CNN Live,” reads the title of a video posted on Facebook in August 2021.

The video captures Larry Madowo, international correspondent for the US-based CNN news network, next to a man identified as a Ugandan minister.

In it, Madowo asks the “minister” about military detentions in Uganda. The answer dodges Madowo’s questions, adding that in Africa no one is allowed to question the government.

A follow-up question about the definition of a “treasonous act” has the interviewee surprisingly referring not to treason, but to “tree zones”. He then launches into a rambling speech about grammar.

Since Uganda’s January 2021 general elections, members of the opposition National Unity Platform and critics of president Yoweri Museveni have been arbitrarily detained by the military.

But does the video really show a CNN broadcast? We checked. 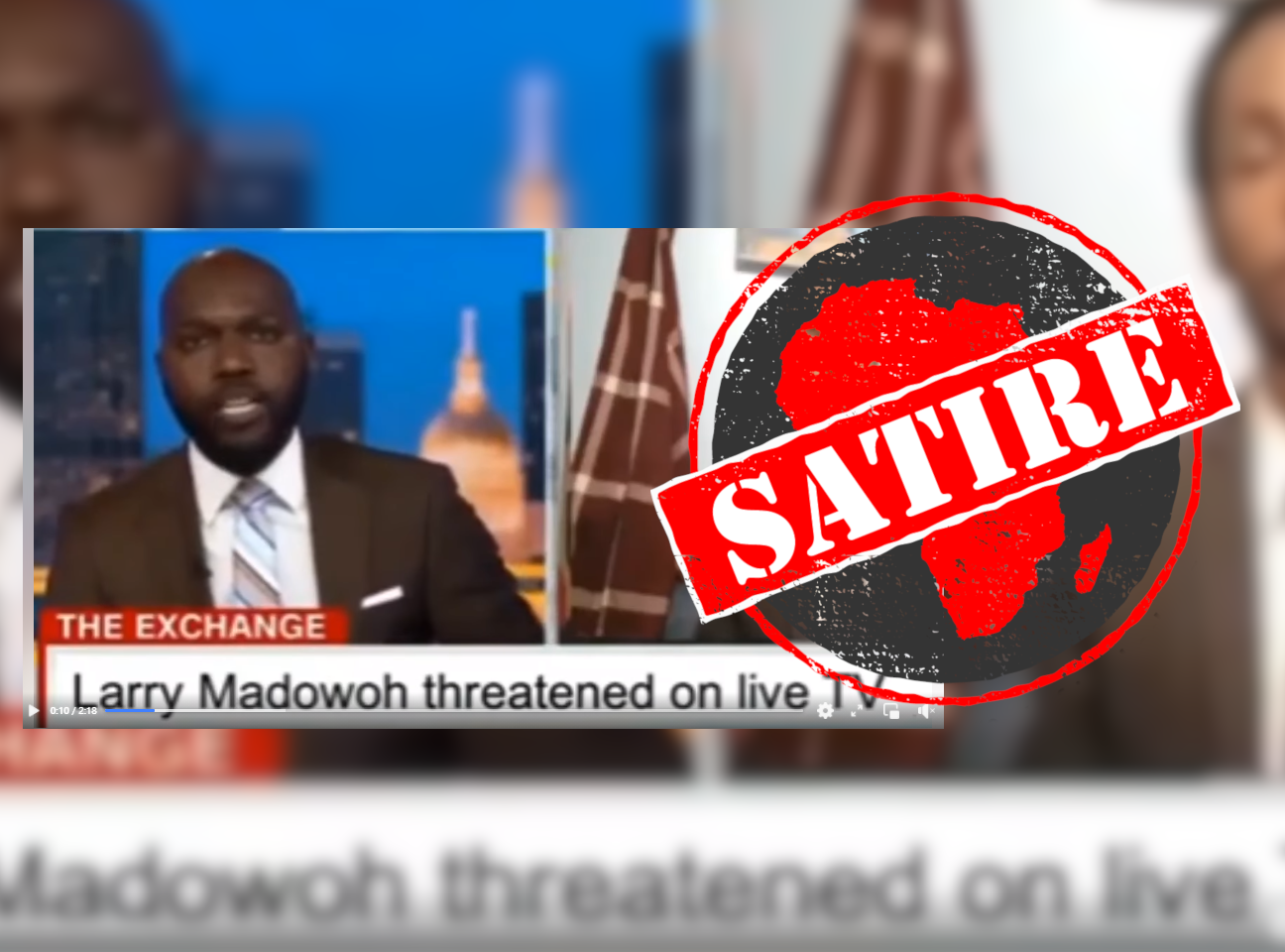 A Google reverse image search of frames from the video reveals that it has been altered.

We found the original video on CNN’s website. It shows Madowo challenging Ugandan foreign minister Gen Abubaker Jeje Odongo’s denial of recent accusations of government human rights violations. Odongo looks nothing like the man in the Facebook video, and is not heard threatening Madowo.

On 26 August, the video was uploaded on EDUTVKE, a largely satirical YouTube channel. The man talking about “tree zones” is clearly a comedian, although we couldn’t determine his identity.

The Collins online dictionary defines satire as “the use of humour or exaggeration in order to show how foolish or wicked some people's behaviour or ideas are”.