“BOBI WINE SECRETLY ACQUIRES A LAVISH MANSION IN US,” begins the caption of an image posted on Facebook in June 2021.

The image appears to show Wine, leader of Uganda’s National Unity Platform (NUP) opposition party, standing in the driveway in front of a large two-storey house. The post was shared on a public Facebook group page with almost 200,000 members.

“According to leaked information the rare, extraordinary, and classic mansion is said to be worth USD $6,900,000,” the caption continues. “It is believed that Mr. Kyangulanyi Robert diverted billions of cash given to him by his LGBT sponsors in various cities worldwide.”

The post appeared just days after Wine left Uganda for a three-week trip, appointing John Baptist Nambeshe as acting president of the NUP.

But does the image really show Wine standing in front of a US$6.9 million mansion he has secretly bought in Boston, a city in the US state of Massachusetts? We checked. 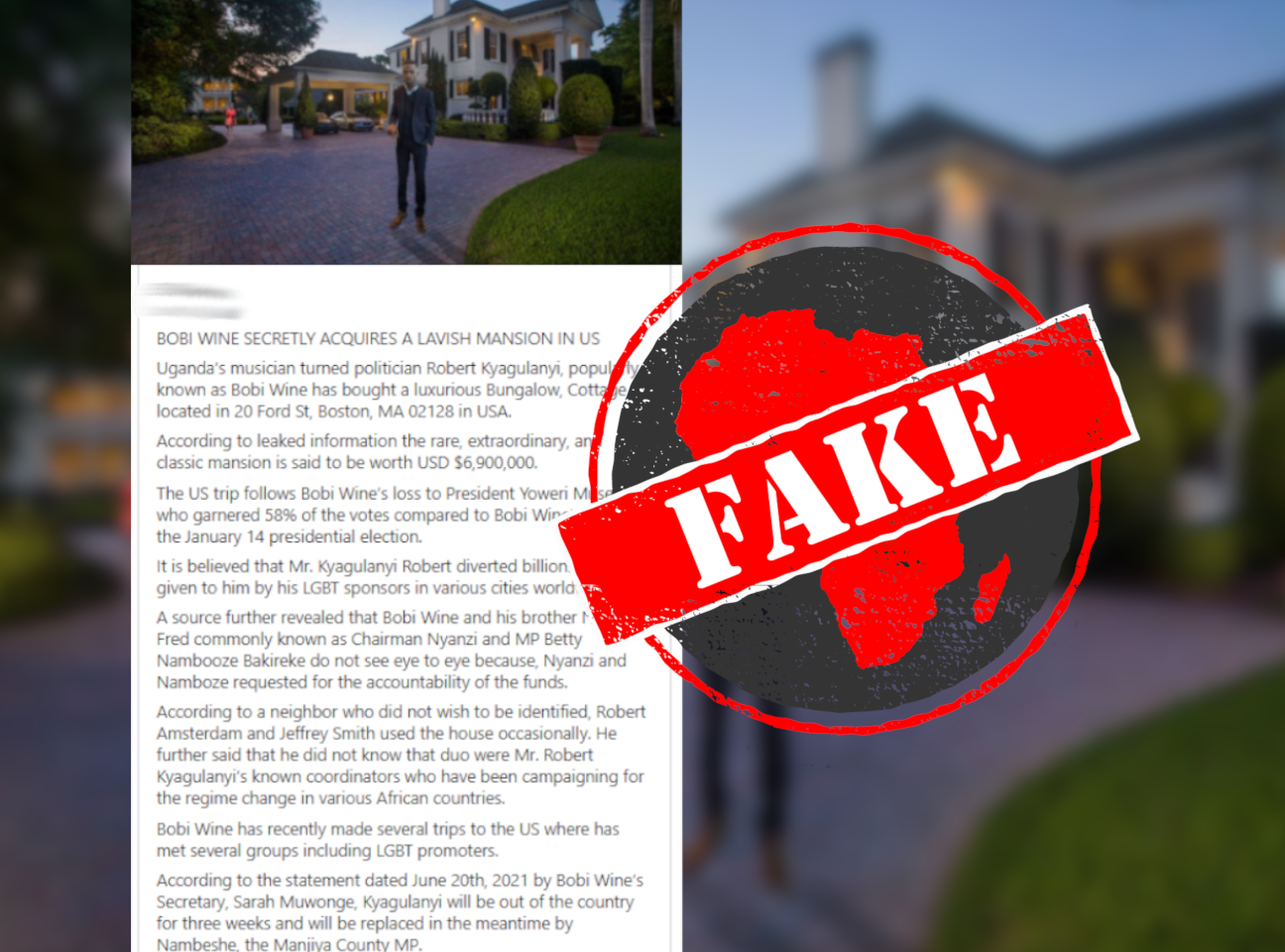 The exterior of the house is nothing like the image on Facebook. It can hardly be described as a “lavish mansion”. And the price is just a fraction of $6.9 million.

A Google reverse image search of the Facebook image reveals that it actually shows a six-bedroom house in Tampa, a city in the US state of Florida. The photo appears on the real estate website Zillow, which identifies it as the historic Stovall-Lee House on Bayshore Boulevard.

Importantly, Wine does not appear in the photo. The Facebook image has been manipulated to add the politician. In the manipulated photo, only Wine appears to have a shadow, while a person higher up the driveway and even the pot plants do not cast any shadows.

The price history section on the Zillow page shows that the house was last sold on 22 March 2018 for $9.5 million. It is currently not available for sale or rent.

The image has been manipulated to add Wine. It shows a mansion in Florida, and was last sold more than three years ago, in 2018.