IN SHORT: Kenyans have been posting a short video clip on social media, claiming it shows former president Uhuru Kenyatta congratulating his successor William Ruto. But the video is from 2019 and has nothing to do with 2022 election politics.

On 4 September 2022, as Kenyans waited for the supreme court to decide whether William Ruto had won the presidential election, a video emerged claiming then-president Uhuru Kenyatta had already congratulated Ruto on winning.

The video was posted on Tiktok and has been viewed over 1.4 million times. It was also reposted on Facebook a day later.

The video shows Kenyatta in a black t-shirt and a red top. It has the text “Uhuru: Congratulations Ruto Success” at the top of the frame and the words “Breaking News!!!” at the bottom of the frame.

In the 25-second clip, Kenyatta says: “First and foremost, for your great success, congratulations to you. Your prayers have been answered but you have also set an example to every living person in the entire globe. We stand proud of you.”

He does not mention Ruto. But is the clip authentic? We checked. 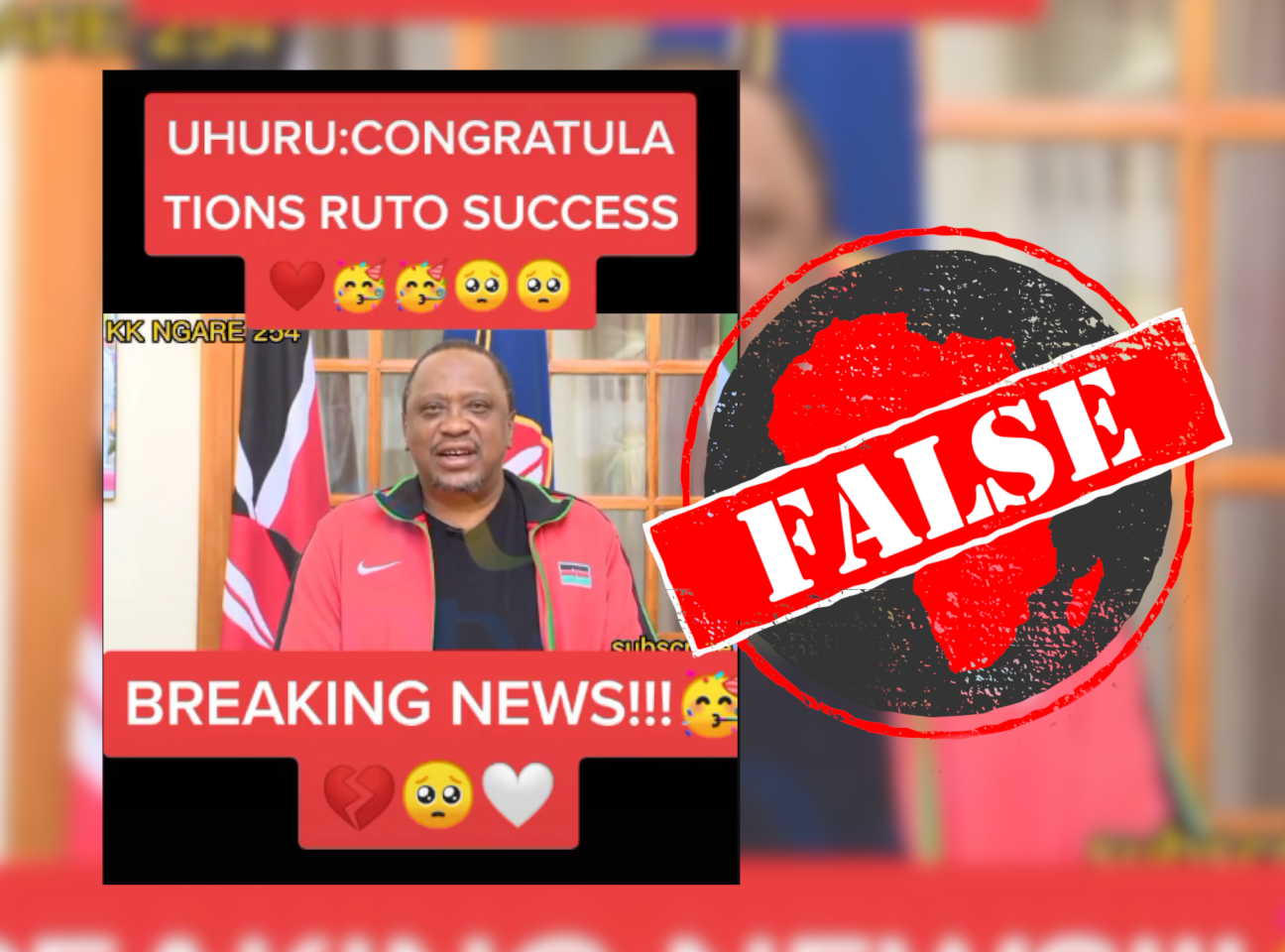 Africa Check did a Yandex reverse image search which led us to a tweet posted 12 October 2019 showing Kenyatta wearing the same outfit.

The tweet from State House Kenya, the president’s residence, read: “President Uhuru Kenyatta celebrates an amazing race by Kenyan marathoner @EliudKipchoge who made history by being the first athlete to run the full marathon in under 2 hours. #INEOS159.”

We then searched YouTube for the video using the key words “Uhuru congratulates Kipchoge INEOS”.

We found a longer video from which the clip circulating on TikTok has been extracted. In it Kenyatta was congratulating Eliud Kipchoge, the Kenyan athlete, for running a marathon in under two hours.

The clip on social media has nothing to do with the 2022 succession politics in which Kenyatta supported Ruto’s rival Raila Odinga in the general elections.

After Odinga’s loss, Kenyatta declared that while he would hand over the presidency to Ruto, he still considered Odinga his leader.

Kenyatta congratulated Ruto on 12 September, a day before he was inaugurated as president and just days after the Kenyan supreme court upheld the results of the election.