An image that appears to show Britain’s queen Elizabeth wearing a bright yellow jacket with the United Democratic Alliance (UDA) logo next to the lapel is circulating on Facebook in Kenya.

The UDA is a political party led by Kenya’s current deputy president William Ruto, who is running for president in the 9 August 2022 general elections. His main rival is Orange Democratic Movement leader Raila Odinga.

The UDA’s colours are yellow, black and green.

One Facebook user captioned the image: “Queen Elizabeth excites Kenyans after stepping out in lovely UDA party colours/outfit.” It can also be seen here, here and here.

But did the queen really wear a jacket with the UDA logo? We checked. 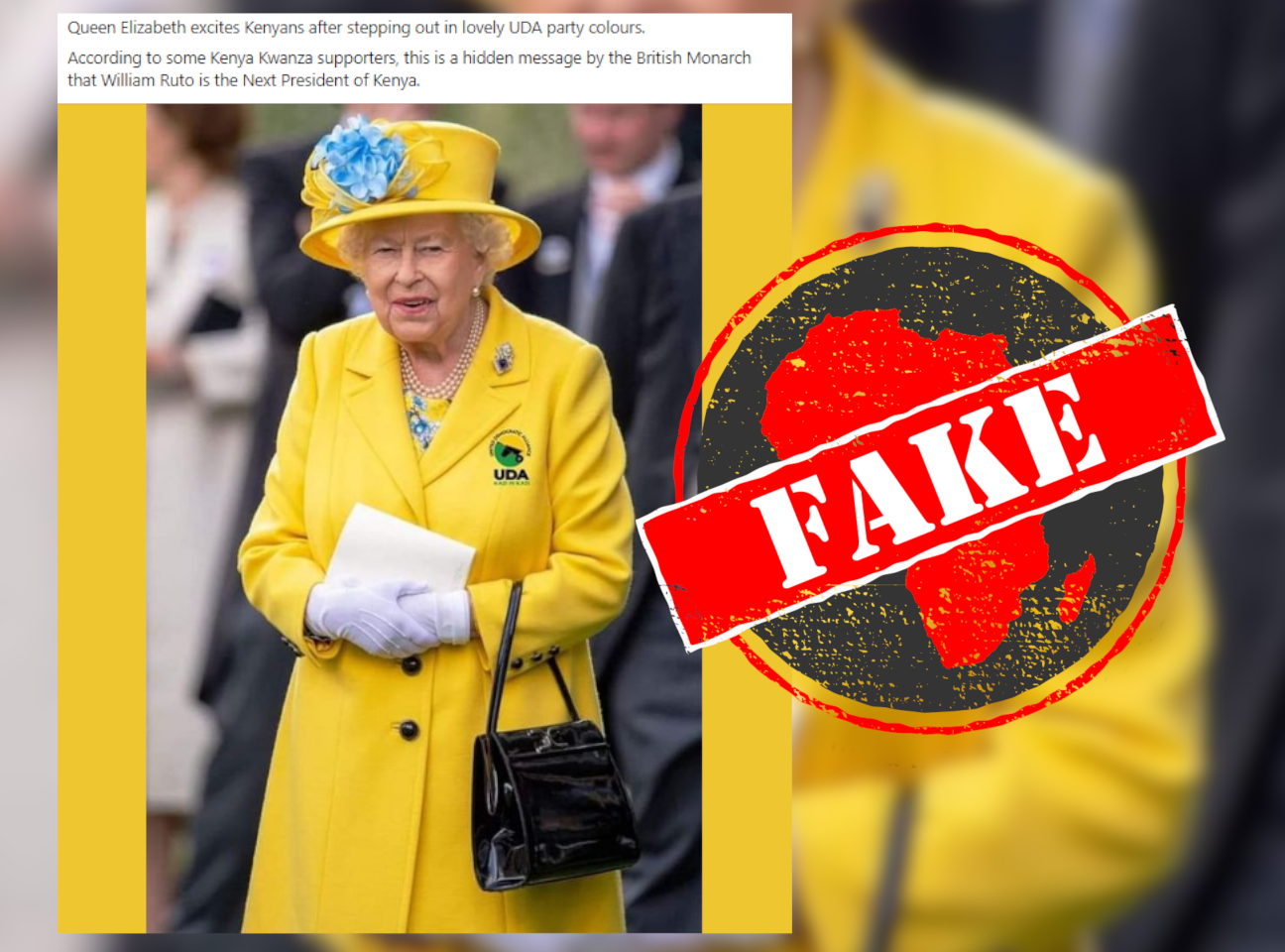 A reverse image search of the image led us to the original photo, snapped in June 2018 on the first day of the Royal Ascot. This is an annual week of horseracing and a major British social and fashion event.

In the original, the queen is wearing a bright yellow jacket. But there’s no UDA logo. The photo has been altered to include it.

Ruto’s UDA party was registered in 2021, three years after the photo was taken.