US naturopath wrong to claim small number of Covid deaths, and that new coronavirus both ‘just another virus’ and ‘man-made’

In a video posted on Facebook on 28 October 2021 and circulating in South Africa, a woman makes several startling claims about the new coronavirus and Covid-19, the disease it causes.

“I want to talk to you today about what alternative doctors are seeing after 18-plus months of the viral episodes that are upon us right now,” she begins.

She introduces herself as Dr Deb, and the video is posted on the Facebook page of the Serenity Health Care Center in the US state of Wisconsin. These and other clues allowed us to identify her as Debra Muth, a qualified nurse with a doctorate in naturopathic medicine who works at the centre.

The accepted name of the new coronavirus that causes Covid-19 is Sars-CoV-2.

Muth’s first claim is that new US Centers for Disease Control (CDC) figures on Covid-19 deaths justify her long-held conviction that the disease is not dangerous and that Sars-CoV-2 is “just another virus, like any virus”.

She says: “After the CDC has recalculated and re-evaluated the number of deaths that have been seen from Covid-19, according to the CDC we’re actually only at 29,000 deaths in the US.”

She then adds: “That is no different from the number of people we lose every year from the flu. So this virus is not as deadly as what they had said. The survival rate today, and what it’s been consistently this entire time, is 99.997% – unless there are comorbidities.”

Moments later she says: “This particular virus is very different, because it was man-made. This simply was not a transmission from an animal to a human. That would be a very different scenario. But that is not what happened. This was a man-made, man-manipulated virus.”

In the rest of the video, Muth proposes several substances for the treatment of Covid-19, including zinc, vitamins, hydroxychloroquine, ivermectin and essential oils. She also makes claims about vaccine side-effects, particularly blood clots.

But for this report we focus on her first three claims. Has the CDC recalculated its data and found that only 29,000 people in the US have died from Covid? Does the disease have a survival rate of 99.997%? And is Sars-CoV-2 a “man-made, man-manipulated” virus? 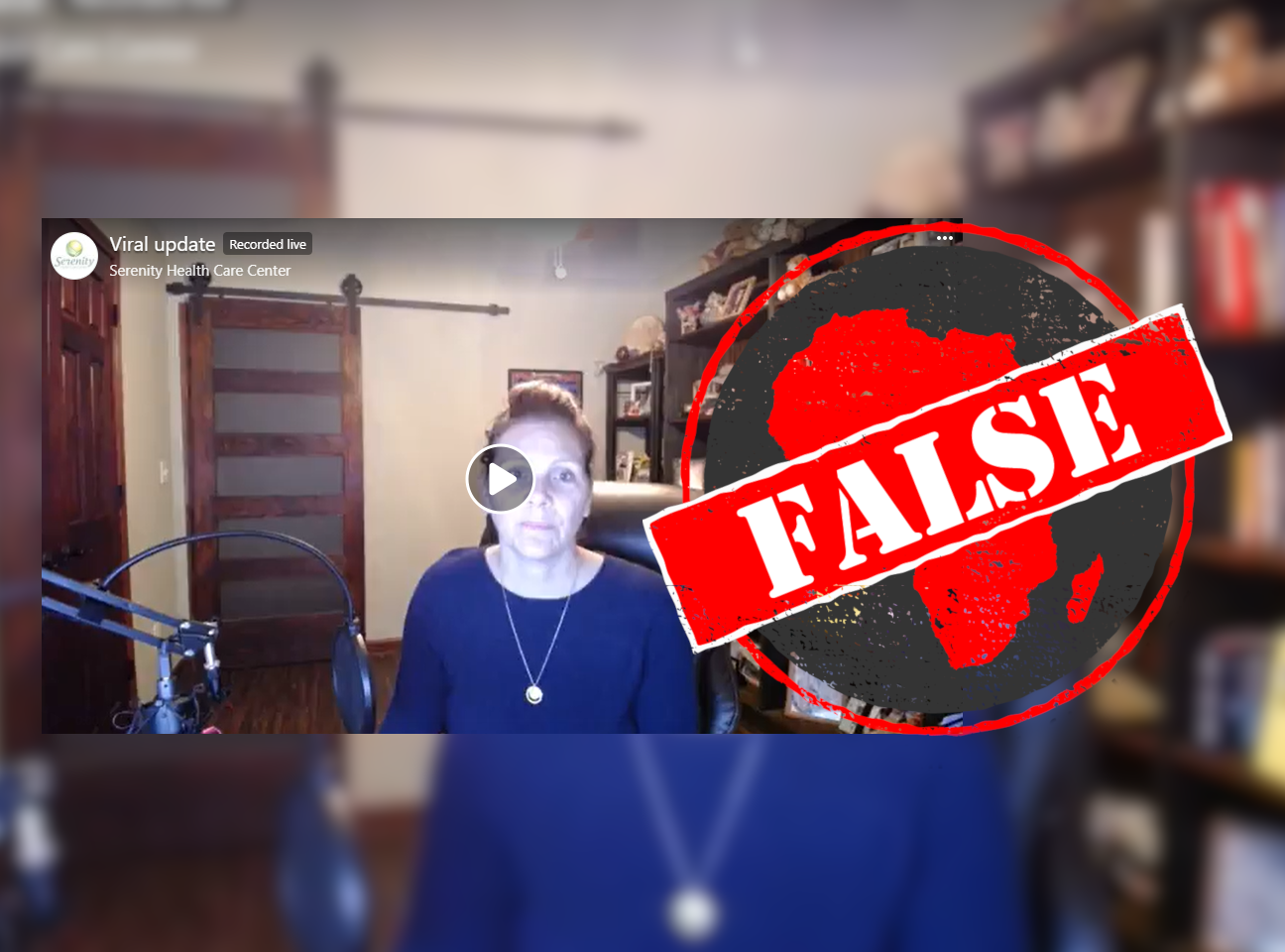 Muth gives no details for her claim about new CDC data, such as when and how the centre announced that there had only been 29,000 Covid deaths in the US. A question in the video’s comments section to this effect – “Can you tell me where to find the revised number of deaths from the cdc?” – is unanswered.

There is no evidence that the CDC has “recalculated and re-evaluated” total US Covid deaths to just 29,000. In fact, the only recent media reports we could find on the centre revising its Covid death statistics have been about it adjusting – or considering adjusting – the figure upwards.

The Covid-19 Dashboard by the Center for Systems Science and Engineering at Johns Hopkins University in the US state of Maryland puts the country’s number of reported Covid deaths at 764,365. There are currently 253,882,518 cases of the disease worldwide, with a cumulative 5,107,258 deaths.

So far, the US has the highest number of coronavirus cases and deaths. In an essay titled “How the Pandemic Defeated America,” the Atlantic’s science writer Ed Yong suggested that this was because of the country’s inability to act quickly when the disease spread there.

“Despite ample warning, the US squandered every possible opportunity to control the coronavirus,” he says.

Roughly 15% of the world’s 5.1 million reported Covid deaths are in the US, even though the country has just 4.2% of the global population.

Muth’s claim that the Covid “survival rate” has always been 99.997% (unless there are comorbidities) echoes a December 2020 tweet by Emma Jimenez, a conservative US blogger and activist.

Our colleagues at Politifact debunked the tweet, which claimed that “CDC Covid-19 survival rates” for people in the US aged 0 to 19 was 99.997%.

Again, the data was not from the CDC. Politifact quoted CDC spokesperson Jasmine Reed as saying the agency had “not released ‘Covid-19 survival rates’” and didn’t “have the data to do so”.

“Survival analysis is highly complex,” Reed said. “CDC does not have the data to calculate survivability for Covid-19. Unclear as to where social media users are getting this information.”

Cindy Prins, an epidemiologist at the University of Florida, told Politifact it was difficult to nail down data points such as “survival rates” because “such rates are usually calculated for a longer period of time rather than as a snapshot”.

Sars-CoV-2 was first identified in Wuhan, the capital of China’s central province of Hubei, in late December 2019. It was reported to have reached the US on 21 January 2020.

The pandemic is less than two years old. That is not enough time to determine the “survival rate” of any life-threatening disease.

“Deaths and reporting of deaths lag behind the identification of new cases, sometimes for months, so we never quite catch up with knowing who has ‘survived’ unless we set a time period that we’re looking at, like we do with five-year survival rates in cancers, or the disease goes away and we can look back at the pandemic as a whole,” Prins told Politifact.

And Muth’s exclusion of “comorbidities” from the “survival rate” disregards the fact that any deaths from Covid may not have happened if the victims hadn’t been infected with Sars-CoV-2.

Muth seems to contradict herself when she says the new coronavirus is “just another virus, like any virus” – “not as deadly as what they had said” – but also a “very different” virus, “because it was man-made”.

There are several notions about how Sars-CoV-2 started infecting people. One is that it somehow escaped from the Wuhan Institute of Virology. There’s no real evidence for this, although investigations continue.

But there’s no basis to claim that the new coronavirus is man-made. Scientists told the Associated Press that if the virus had been made in a lab, “its structure would reveal that it would have been created from viruses that are already known and there would be signs of manipulation”.

And a study of the origin of Sars-CoV-2 found that it was “not a laboratory construct or a purposefully manipulated virus”.

The claim is simply not true. There is extensive evidence that Sars-CoV-2 is not man-made.