Video does show a street in Paris, but in 2016 and shortly after a police crackdown on migrants

A video, published on Facebook with the caption “Paris, France”, shows a wide street littered with mattresses and rubbish.

The video, which was also shared in South Africa, was posted in July 2022 by a Facebook user who implied it showed the aftermath of clashes over mask mandates in France, put in place to prevent the spread of Covid-19.

The user commented that they didn’t know when the video was filmed but had seen it on the instant messaging service Telegram.

They also shared a screenshot of a Telegram message, showing that someone else had shared the video with only the caption “Look at what theyve done to paris”.

July 2021 saw protests across France against Covid-19 restrictions and vaccination campaigns. While French authorities had once again encouraged mask use in July 2022, as Covid-19 cases surged, no official restrictions had been put back in place at time of writing.

Other versions of the video, some cut together with other videos, claim that the debris on the streets was the fault of immigrants to France or of “multiculturalism”.

Some of the posts are several years old, so what is the context behind this video? 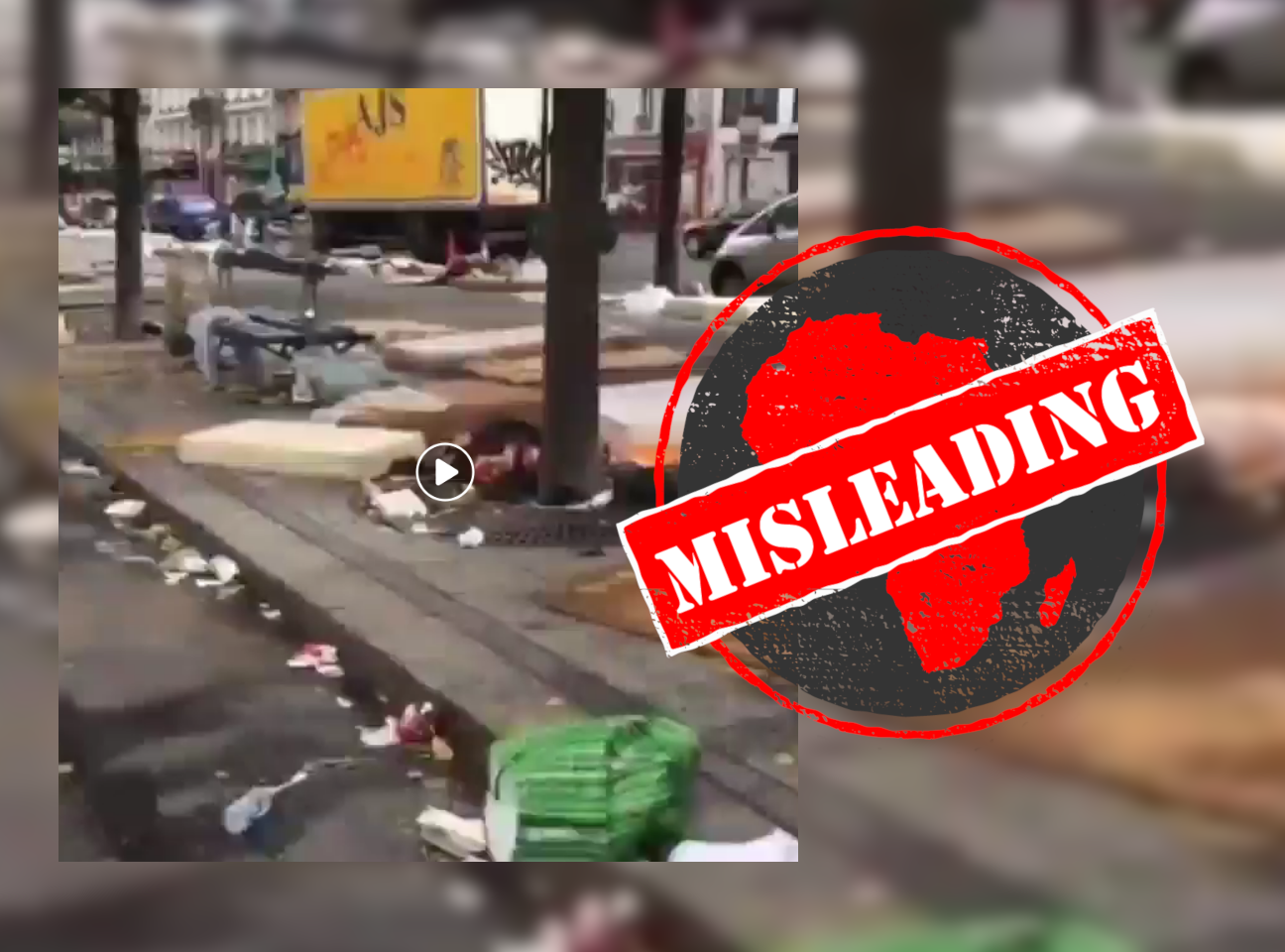 Video from 2016, shortly after migrants were removed from Paris streets

A reverse image search for the video’s thumbnail returned several higher-quality versions of the video, shared in late 2016. We could confirm, from signs in the background, that the video was taken in Paris on the Avenue de Flandre, near the Stalingrad metro station.

So the video is not recent, and already appeared on Facebook between 2016 and 2018.

Street view images from September 2016 do show mattresses and tents, set up by people living on the street, but they are arranged neatly and there is no litter, as seen in the video.

However, French news reports show that on 16 September 2016, starting early in the morning, 1,500 to 2,000 migrants who had been living on Ave de Flandre were evacuated to shelters and refugee centres around Paris.

The reports suggest that the migrants, most of whom were refugees, were glad to be relocated and provided with shelter. Video clips also show city officials cleaning up the street as it was cleared.

It is likely that the videos being shared on social media were filmed very shortly after the street was cleared, and that the litter left behind was removed soon afterwards. A longer video shared to YouTube also shows a green waste removal truck turning onto the street, and a man bagging refuse.

The migrants living on the Ave de Flandre had previously complained of regular harassment and mistreatment by police, in a press release published in August 2016 on the left-wing website Paris-luttes (“Paris-struggles”).

The scenes shown in the video shared on social media in 2022 have nothing to do with protests against mask mandates during the Covid-19 pandemic. Reports show that any debris left behind when migrants living in tents were relocated was quickly cleaned up.