Video of poor-quality road surface ‘you can peel like an orange’ shot in South Africa, not Zimbabwe

A video posted on Facebook in October 2021 shows a woman using her hands to easily peel back the edge of a road’s tarred surface to reveal bare dirt beneath.

“This is the quality of the road,” she says. “A road that you can peel just like an orange. Look at that.”

It was posted with the claim that it was shot in Masvingo, a city in south-central Zimbabwe.

Its caption reads: “Pastor Chiwenga of his prophecy he said he was shown a road in Masvingo were the Angel was peeling [the] road.” The caption includes text in what Google Translate identifies as Shona, one of Zimbabwe’s official languages. But we couldn’t find a coherent machine translation of the text.

Pastor Chiwenga is a Zimbabwean preacher and founder of Apostle TF Chiwenga ministry.

Many users who commented on the post seemed to accept that the road was in Zimbabwe.

But was the video filmed in Zimbabwe? We checked. 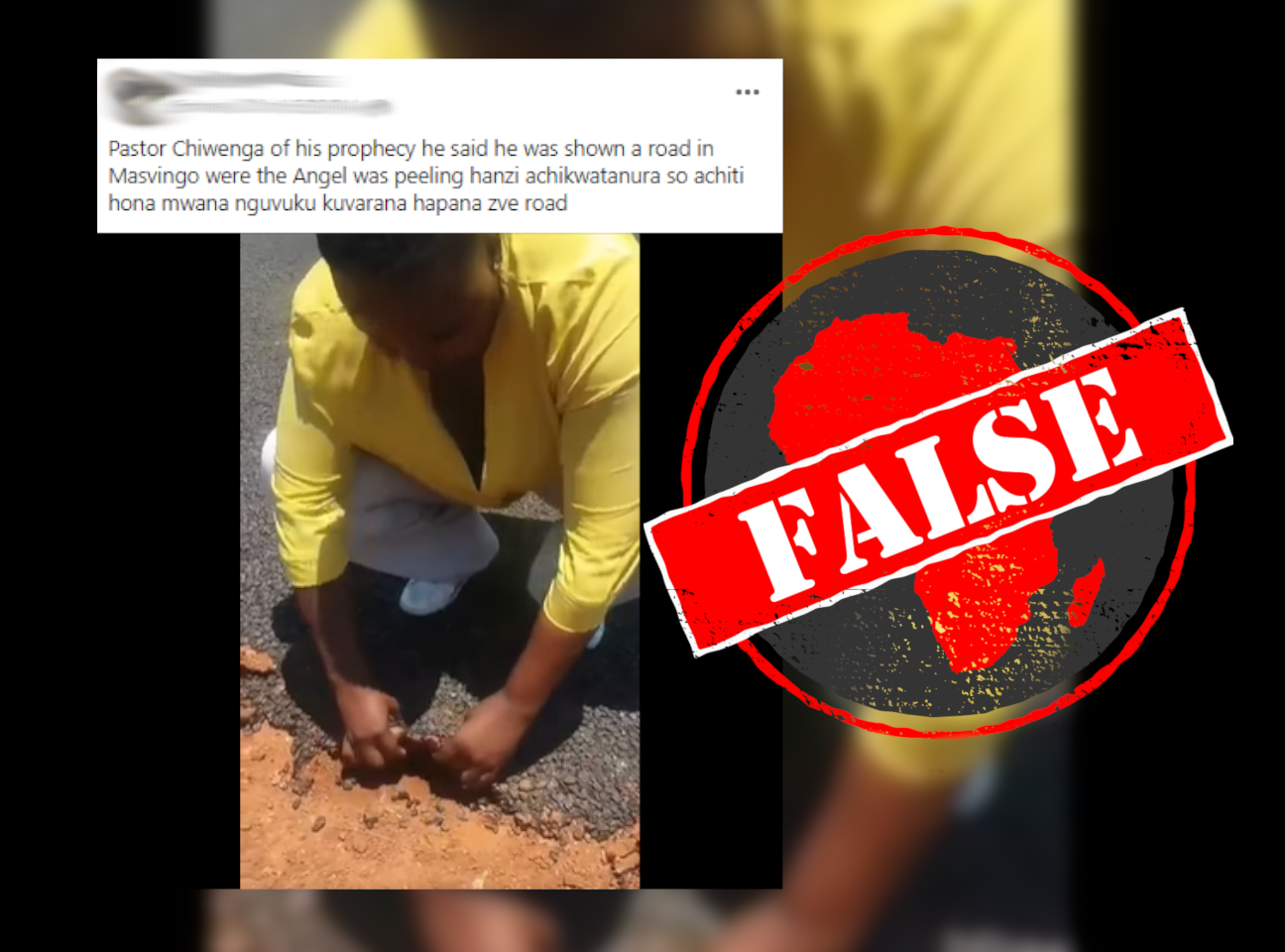 The video is real and was first posted on Twitter on 8 November 2020, nearly a year ago, by South African broadcast journalist Zinhle Kanyane.

But it’s not from Zimbabwe. The original caption reads: “This is a newly built road in Moshana village near the Botswana border.” Moshana village is in South Africa’s North West province.

This is a newly built road in Moshana village near the Botswana border. It's peeling off like a an orange peel. @Newzroom405 will bring this story for you with all the answers you need. #NWRoads pic.twitter.com/cExrmxBKXf

In another tweet Kanyane identifies it as the President Lucas Mangope provincial road, which connects South Africa to Botswana.

Lucas Mangope was the only president of Bophutatswana, one of the spurious “homelands” set up by the apartheid government as part of its “separate development” strategy.

Kanyane reported on the road as part of a story for local TV news outlet Newzroom Afrika. A longer clip on Newzroom Afrika’s YouTube channel shows her interviewing locals and a representative from the department of public works and infrastructure about the road.

The video of a road surface being peeled off by hand was shot in South Africa, not Zimbabwe.