Several South African social media users have shared a video of a group of people assessing damage at an electrical substation. The person filming says that the substation was vandalised by “one eie mense”, Afrikaans for “our own people”, and claims there is “meer as miljoene rande se skade” or “more than millions of rands of damage”.

But is the vandalism depicted to blame for blackouts in November 2021, as some sharing the video have claimed? We looked into it. 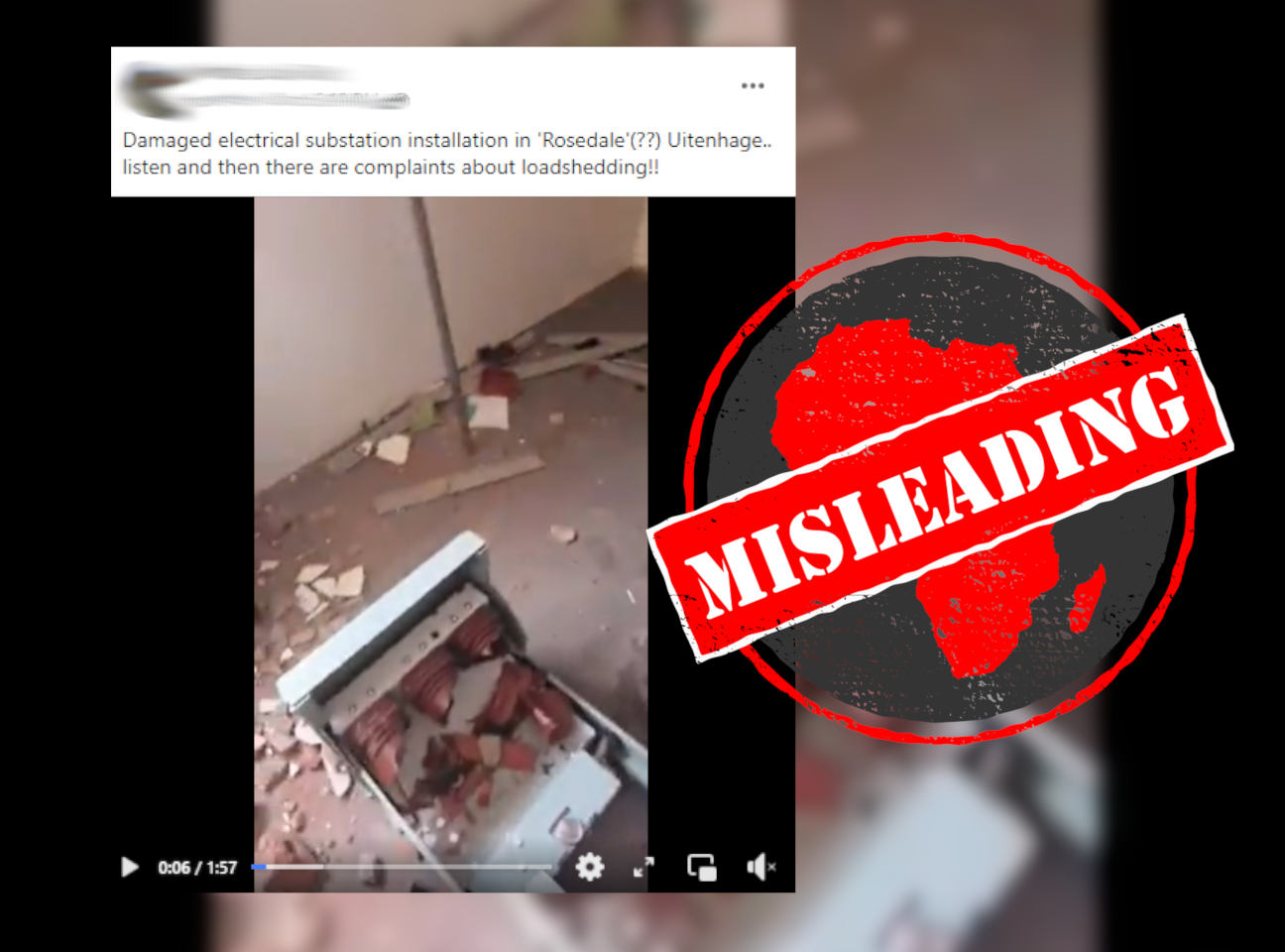 The video begins with “Goie môre familie, ons is by Rosedale sub” – “Good morning family, we’re at Rosedale sub”. Several on social media have assumed that the video was filmed at an electrical substation in the suburb of Rosedale in Kariega, a town formerly known as Uitenhage in the Eastern Cape province.

This is accurate, but as one sharp-eye Twitter user pointed out, the video is not a recent one. It was filmed nearly a year before November 2021.

On 9 December 2020, a local councillor from the Nelson Mandela Bay Municipality, which includes Kariega, posted the original video. Another councillor posted photos of the substation, showing further details of the vandalism, including where part of a brick wall had been bashed down.

The incident did take place in Kariega, at a substation on Heron Road in Rosedale. News outlet Herald Live covered the outage in a 10 December 2021 article, noting that the resulting outage affected Rosedale and several surrounding suburbs the day before.

Vandalism and theft of electricity infrastructure remain issues in Nelson Mandela Bay, with several substations vandalised in the months before the video was shared.

The municipality said in October 2021 that it was “working tirelessly to put in place measures to combat rampant vandalism and theft of municipal infrastructure, in particular of the electrical substations”.

Local businesses have also hired private security services to guard substations in the municipality from theft and vandalism.

However, this video is from December 2020, and Africa Check could find no more recent reports of theft or vandalism at the Heron Road substation in Rosedale.