“Nigerians are getting ready to vote again in 2023,” reads the header on a video posted on Facebook in November 2021. It shows an unidentified man speaking Spanish and laughing hysterically after every sentence. English subtitles supposedly translate what he is saying.

The subtitles read: “Last time all these educated people said to the masses: Hey, quick, quick go and get your voter's card and go out and vote. This is your chance to change this government and get good government. Guess what happened? They went and voted for a guy called General Buhari. Can you believe that? It’s true.”

Muhammadu Buhari, Nigeria’s current president, was first elected in 2015 and re-elected in 2019. The country is set to hold its next presidential election in February 2023. Buhari will not be a candidate as he will have already served two terms.

The video’s subtitles continue: “His only achievement in the past was organising a military coup against an elected government. He also attempted to kidnap a political opponent on the streets of London and put him inside a crate and was ready to ship him back to Nigeria. He told them, vote for me, the exchange rate will strengthen so that 1 naira will be equal to 1 dollar, but guess what, it is now nearly 1,000 naira to 1 dollar. It’s true. How did he get them to elect him?”

The video doesn’t identify the man and no context is given. Do its subtitles accurately translate what he is saying in Spanish? 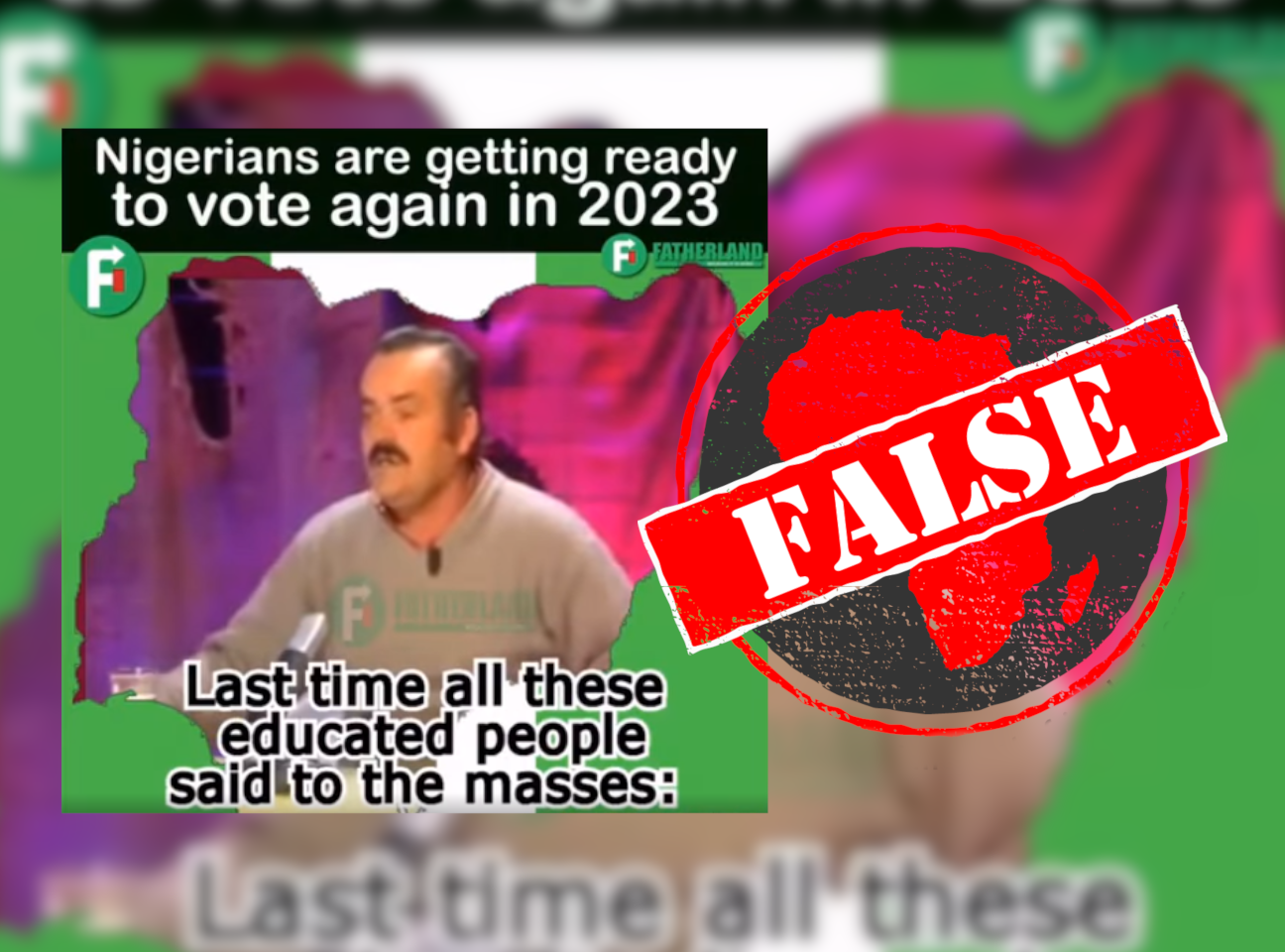 A Google image search of a screenshot of the video led us to a version with the original English subtitles, posted on YouTube in 2015.

The subtitles are very different to those in the Facebook video. Neither Buhari nor Nigeria are mentioned.

The YouTube description of the video reads: “Like what happened with the famous Hitler scene from ‘Downfall’, people are making videos with subtitles using this ‘interview’ aired on Jesus Quintero's show, ‘Ratones Coloraos’.

“The interviewee is Juan Joya, commonly known as ‘Risitas’ or ‘El Risitas’, literally meaning ‘little laughs’ or ‘giggles’, due to the way he laughs during his jokes and stories. He became very known in Spain.”

In the video, Risitas tells a hilarious story of his experience working as kitchen help at a restaurant. One night he threw 20 paella dishes in the sea to clean them and returned the next morning to find the tide had swept 19 of them away.

A Google search for “Risitas” yielded several results, including a BBC obituary of the Spanish comedian. His real name was Juan Joya Borja. He died in April 2021 at the age of 65.

BBC reports that the comedian first found fame in about 2001 after appearing on TV shows presented by Quintero.

“Following appearances on national television, Borja went viral in 2014 when people started dubbing subtitles over him laughing recounting a story. The famous clip of him came from Spanish late-night show Ratones Coloraos, where he was interviewed by the host about his ill-fated experience working as a kitchen helper,” the obituary reads.

BBC says the clip was uploaded on the show’s YouTube channel in 2007 and “from about 2014, internet users began re-posting the clip with unrelated subtitles”.