A photo posted on the Facebook page “People Power Uganda” on 18 January 2021 shows a crowd of agitated people gesturing towards a large fire burning on what seems to be a road in a settlement.

Its caption reads: “Kasese have started demanding for there win of Mr Kyagulanyi sentamu Robert

Kasese is a town in western Uganda. Robert Kyagulanyi is a Ugandan musician and politician known as Bobi Wine, who challenged president Yoweri Museveni in an election held on 14 January.

Museveni has been in power for more than three decades, since 1986. He controversially won the election for a sixth term. Kyagulanyi and his wife Barbara Kyagulanyi were detained shortly afterwards.

The Kiswahili “situka tutambule” roughly translates as “we do not recognise it”.

But does the photo show people in Kasese demanding that Kyagulanyi be acknowledged as the rightful winner of Uganda’s 2021 presidential election? 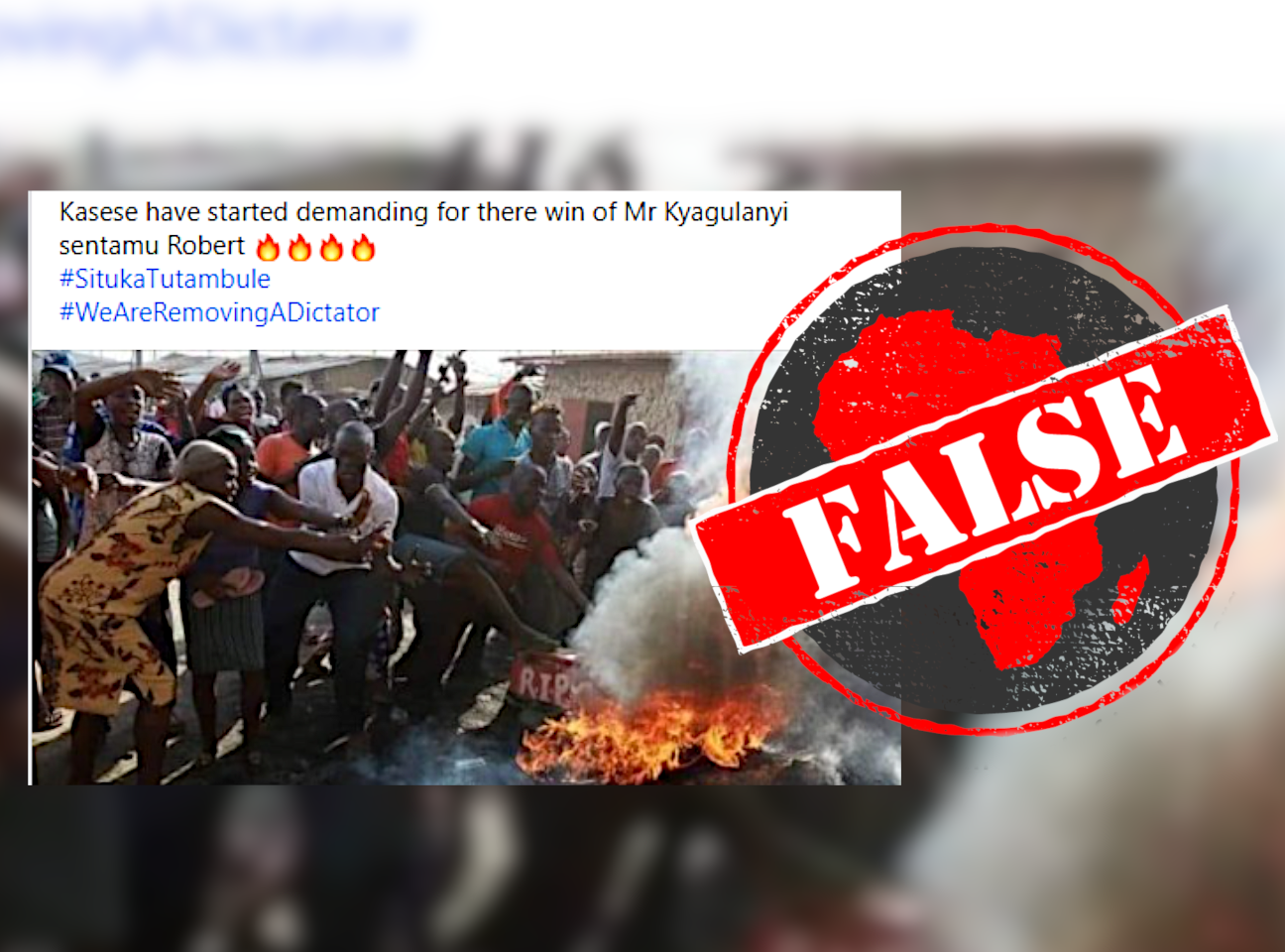 A Google reverse image search reveals that the photo was taken in Kenya, Uganda’s eastern neighbour, in 2017. It was taken by Reuters photojournalist Joseph Okanga.

On the Reuters website, its caption reads: “People gesture near tyres set on fire during a protest against a presidential election re-run in Bangladesh area in Changamwe, Mombasa, Kenya October 26, 2017.”

Kenya’s supreme court had nullified an 8 August 2017 election in which Uhuru Kenyatta was declared the winner, for a second term. A new election was set for 26 October that year but opposition leader Raila Odinga withdrew.

Odinga said the election should only take place if Kenya’s electoral system were reformed. He urged his supporters to protest the re-run. Widespread violence was subsequently reported.