IN SHORT: Wafula Chebukati has been under a harsh spotlight following the country’s tightly contested August 2022 polls. The losing side sought to portray him as a criminal, including through manipulating this image, but the supreme court’s upholding of the election result will have given him a measure of vindication.

The man is wearing the uniform usually worn by Kenyan prisoners and behind him is a long queue of other people in similar uniform. He is holding a card on which “voter fraud” appears to be printed.

On Twitter, the image was captioned “To have once been a criminal is no disgrace. To remain a criminal is the disgrace”, with the hashtag “arrestChebukati”.

Kenyans voted in general elections on 9 August 2022. The frontrunners for the presidency were president-elect William Ruto of the United Democratic Alliance and Raila Odinga of the Azimio la Umoja One Kenya coalition.

Ruto’s victory was disputed by Odinga, who filed a petition in the supreme court. The court upheld Ruto’s win.

The image was posted on social media just days after Odinga accused Chebukati of failing to conduct a free and fair election. Odinga’s lawyers told the court that the chair should be charged in court for bungling the elections. 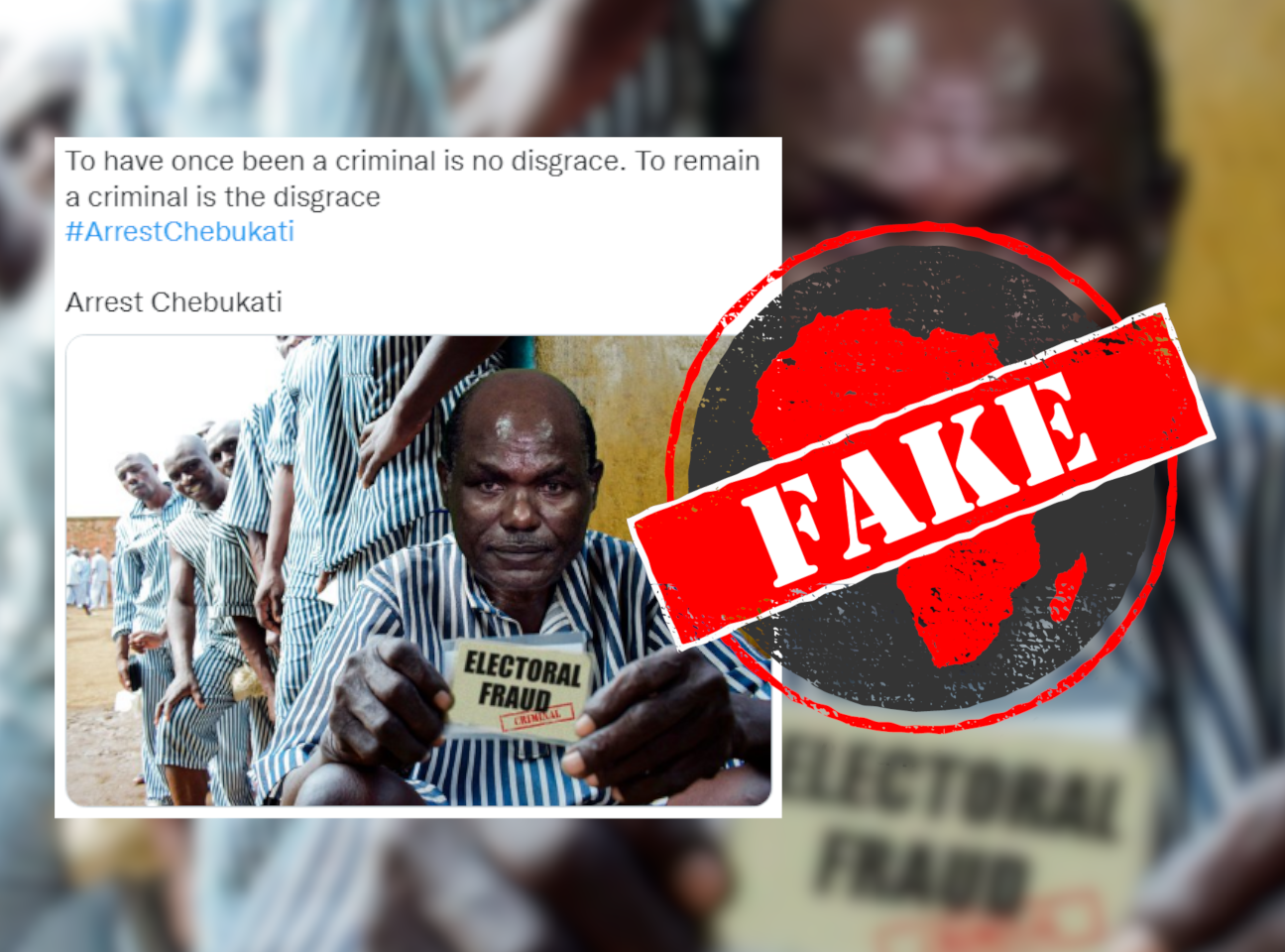 A reverse image search of the image reveals that it was first published in 2017 during Kenya’s previous general elections.

The original photo showed prisoners at a jail in Kisumu county in the west of the country lining up to vote.

It showed an unidentified man holding a national identity card and not Chebukati holding a card saying “voter fraud”. The original photo has been digitally manipulated to imply he is a criminal.