IN SHORT: A photo claiming to show Kenyan politician Kalonzo Musyoka meeting president William Ruto in 2022 for a political deal was actually taken in 2018.

Facebook users who posted it claimed it showed the two meeting on 9 September 2022 in Karen for a discussion to have Musyoka join Ruto’s government.

As the deputy president, Ruto’s official residence was in Karen, a suburb of the capital Nairobi. He has since moved to State House, the presidential residence, after he was sworn in.

Musyoka’s party was among those in the Azimio la Umoja One Kenya coalition headed by Raila Odinga. Odinga was Ruto’s main rival in the 9 August presidential elections.

But does it show Musyoka meeting Ruto to discuss joining the government? We checked. 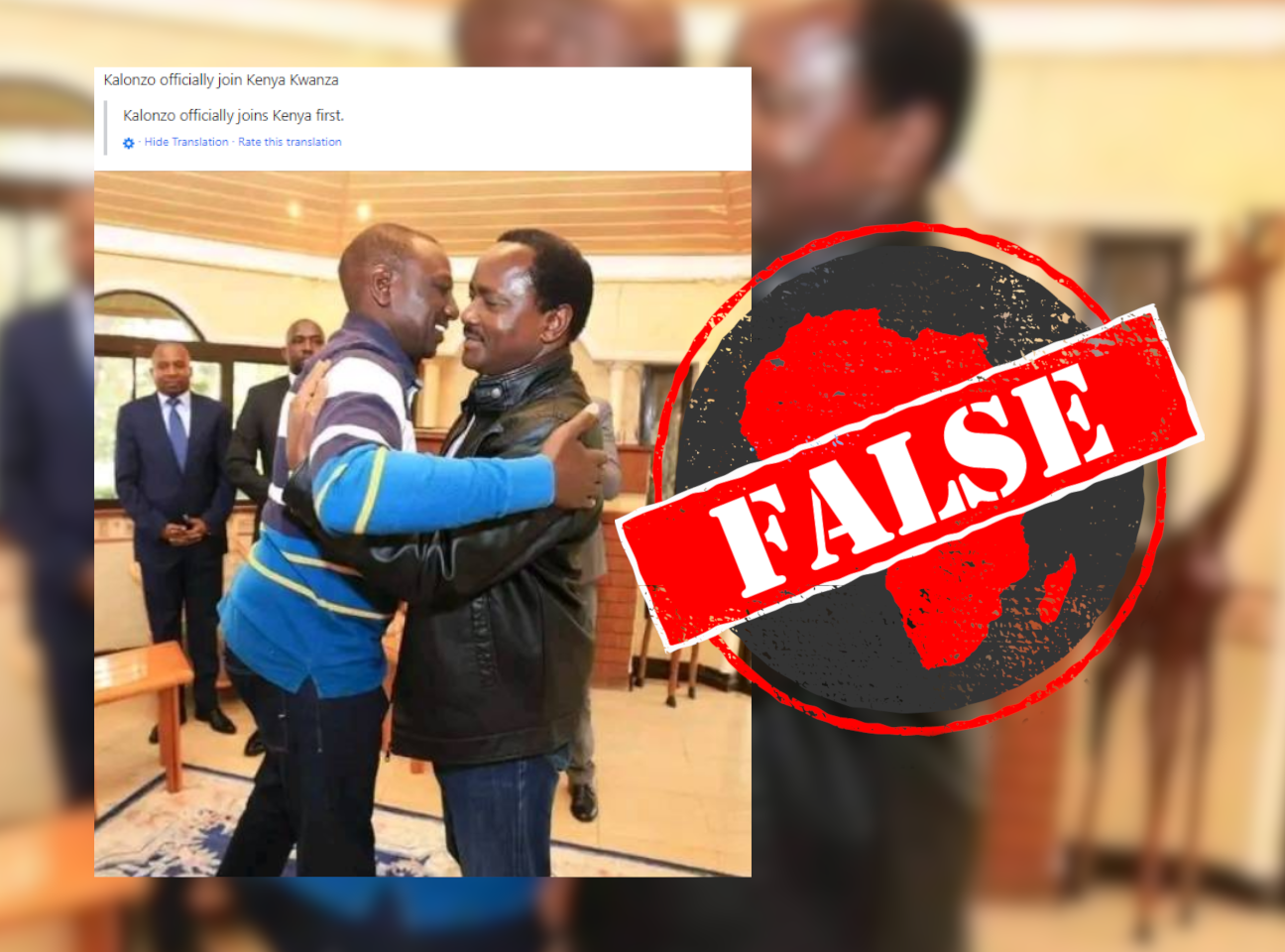 The meeting would have attracted mainstream media attention were it true but it was not reported on.

Speaking at a burial ceremony on 10 September, Kalonzo said the claim he was joining the government was false.

He explained that the photo in circulation was taken when Ruto had met with him in 2018 after his father’s death. He said he would work in the opposition to keep the government in check.

A reverse image search of the photo reveals it was first published by Musyoka on 29 October 2018.

He captioned it: “Thank you William Ruto for condoling with us, this is very comforting, political differences should never divide us as a people.”

The photo does not show Musyoka visiting Ruto in 2022, but of the two meeting after Musyoka’s father’s death four years earlier.