Viral photo shows highway in the Philippines, not Democratic Republic of the Congo

IN SHORT: A photo on Facebook shows an impressive multi-lane highway. But it’s of the Skyway highway system in the Philippine capital Manila, and not taken in the Democratic Republic of the Congo.

A photo showing a highway with several lanes in each direction, in between multistoried buildings, is circulating on Facebook.

It’s posted with the claim it shows Kinshasa, the capital of and the largest city in the Democratic Republic of the Congo (DRC).

“This is Kinshasa, The capital city of The Democratic Republic of Congo. It's one of the largest cities in Africa,” the photo is captioned.

The photo has been reposted over 1,000 times.

But does it show a highway in the central African country? We checked. 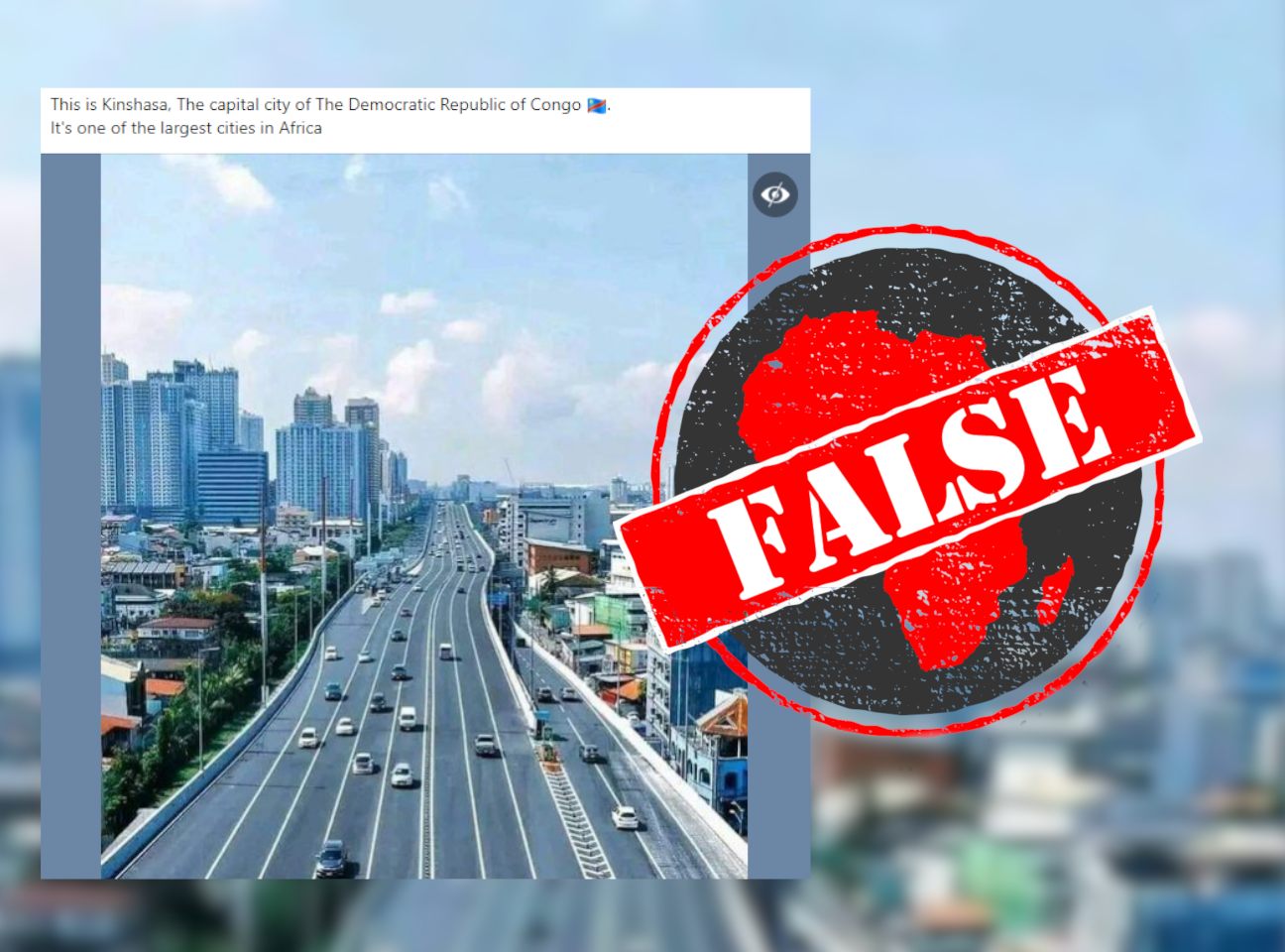 A reverse image search of the photo reveals it shows a section of an elevated highway in Manila, the capital of the Philippines, a country in Southeast Asia. It’s called the Metro Manila Skyway System, often known just as the Skyway.

In the search results, we also found a video showing the section while construction was ongoing in 2019. It was posted by the Philippine department of finance’s verified Facebook page.

The photo used in the claim was first posted on 30 June 2021 by Mark Villar, a senator in the Philippines on his verified Facebook page. He captioned it: “Made my day. Ang ganda mo, Pilipinas.”

“Ang ganda mo, Pilipinas” can be translated from Filipino as “You are beautiful, Philippines”. At the time Villar was serving as the secretary of public works and highways in the country.

We searched for a video of the highway on YouTube using the keyword “metro manila skyway aerial view” and found one published by Villar on 12 August 2021.

It includes the exact section of the highway where the photo was taken. The photo shows a section of highway in Manila, the Philippines, not in the DRC or anywhere else in Africa.

Photo of road in Pakistan, not Ughelli-Asaba road project in Nigeria