IN SHORT: A reverse image search reveals that the photo of a highway was snapped in Singapore, not Kenya’s Laikipia county.

A photo of a double-decker highway – one road elevated, another running beneath it – with high-rise buildings next to it is circulating on Facebook. It’s being posted with the claim that it shows an expressway in Kenya.

“Expressway from Nyahururu town to Kinamba,” a typical caption reads. “Hizo heights unaona hapo ni za Ndururumo High School! This road was built at a whooping cost of 59Billion!” The Kiswahili roughly translates as: “The multistoried buildings you see in the photo belong to Ndururumo High School.”

Nyahururu is a town in Kenya’s Laikipia county, about 50 kilometres south of the town of Kinamba. It is home to Ndururumo High, a state boarding school.

The photo and its description has been posted on Facebook pages and groups with thousands of followers and members.

But does it really show a highway and school buildings in Kenya? We checked. 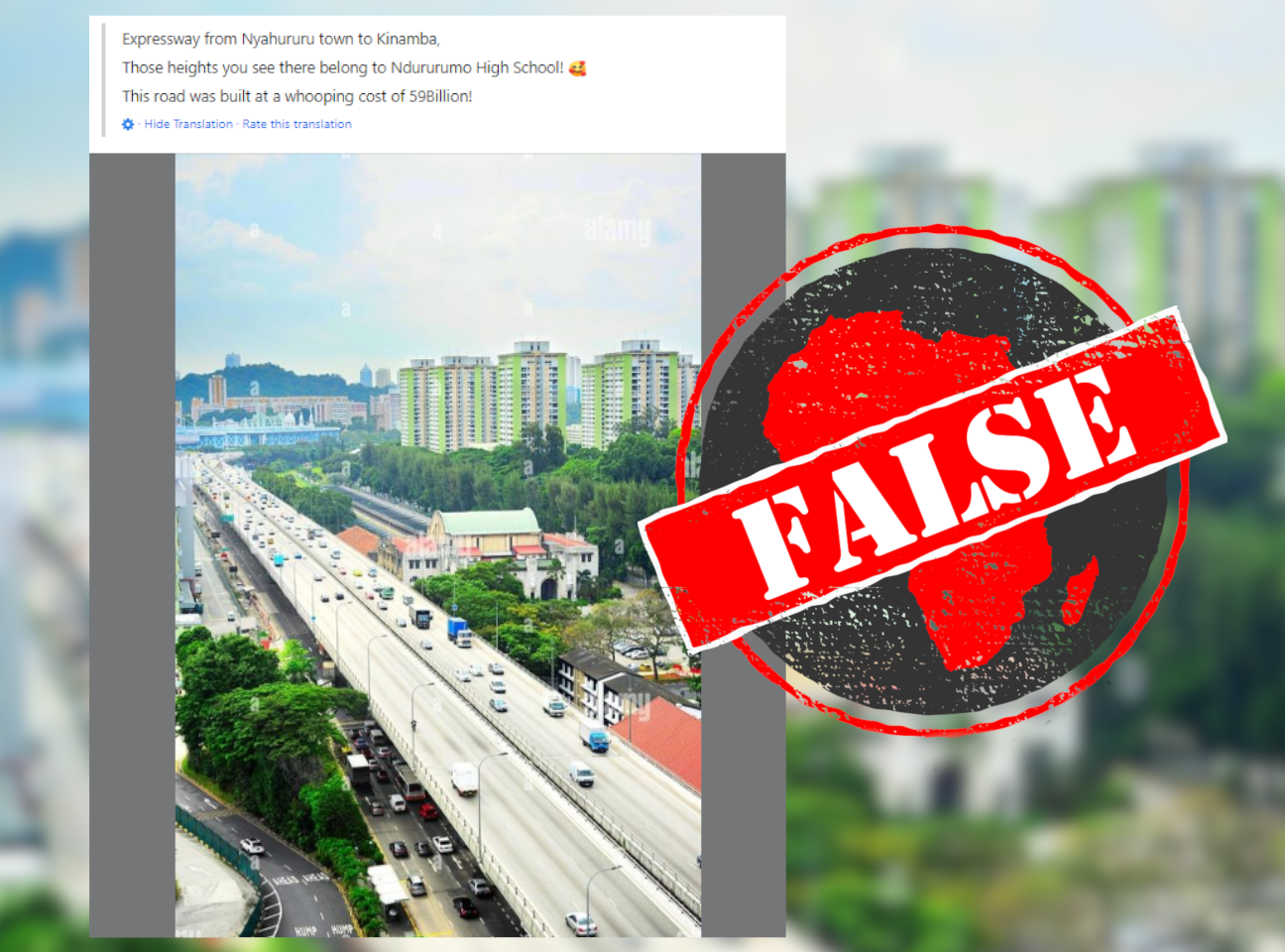 Section of highway in Singapore

July 2022 saw the launch of the Nairobi Expressway, a 27-kilometre highway running from the west of Nairobi, the capital, through the city centre to its southeastern side.

Using a reverse image search, we found the photo on several photography websites. They all describe it as showing a highway in Singapore, a country in southeast Asia.

The photo doesn’t show an expressway connecting Nyahururu to Kinamba. No such highway exists.