Viral photo of suspected burglar from Zimbabwe, not Kenya

Photos showing a man in a “ghost-like” skeleton costume have been shared widely on Facebook in Kenya.

The photos are posted with the claim that the man was robbing people in a number of Kenyan towns until he was arrested in Mombasa, Kenya’s second-largest city.

But what’s the real story behind these photos? 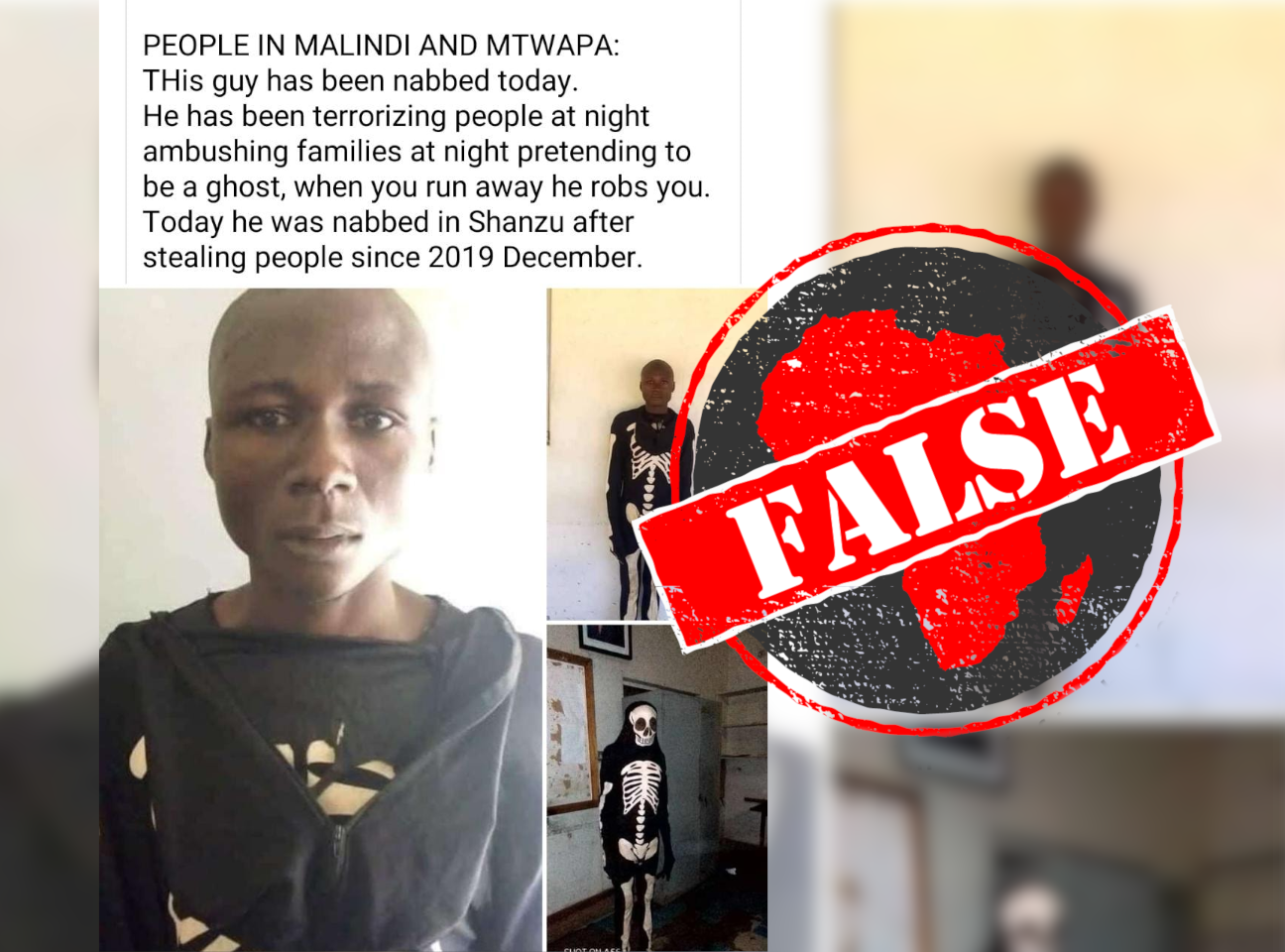 The story went viral in Zimbabwe on 27 May 2021 and appears to have been shared in Kenya the day after, with the claim the robber was Kenyan.

Veteran Zimbabwean journalist Hopewell Chin’ono wrote about the incident on Facebook and Twitter. He said that the man was breaking into homes in Gutu, a district in southern Zimbabwe, pretending to be a ghost.

All evidence suggests the photos are from Zimbabwe, not Kenya.