IN SHORT: After the recent death of Britain’s queen Elizabeth II, a video of a woman throwing coins at scrambling kids has gone viral with the claim that it shows the late monarch. But the clip was actually shot in Vietnam more than a quarter of a century before Elizabeth was born.

A grainy video circulating on Facebook shows a woman in a white dress and hat throwing coins to a group of kids in ragged clothes, who scramble for them.

“See how the late queen turned your fathers into village chickens and you are busy praising her,” one user captioned the video.

The queen, who was the United Kingdom’s longest serving monarch, died on 8 September 2022 at her Balmoral castle in Scotland, aged 96.

Her father, king George VI, died on 6 February 1952 while she was visiting Kenya. She was then proclaimed queen. At the time, Kenya was still under British colonial rule.

But does the video really show Elizabeth II? We checked. 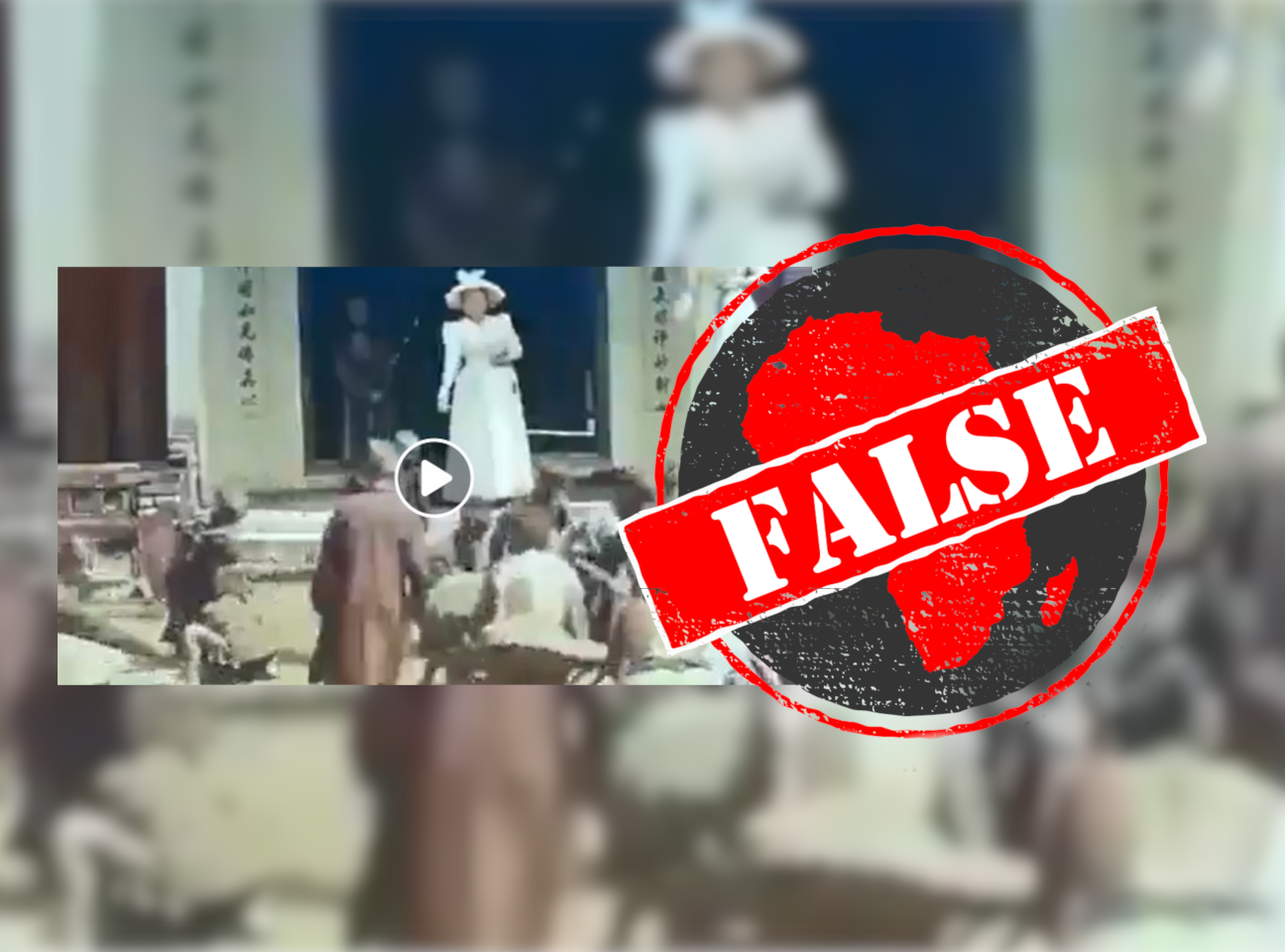 We looked through Facebook comments on the video and found one explaining that it shows the wife of Paul Doumer, a French general, throwing coins at children in the southeast Asian country of Vietnam.

A Google search using the phrase “wife of General Paul Doumer throwing coins at children” led us to a video posted on a media file repository website. It also appears on YouTube.

According to the website, the video shows part of a film made by Gabriel Veyre in Vietnam between April 1899 and March 1900. Veyre was a film director and photographer born in France.

It explains that the film depicts two women – the wife and daughter of Vietnam's French colonial governor general Paul Doumer – throwing small coins at children. Doumer later become the president of France from June 1931 until his assassination in May 1932.

Veyre worked for the Lumière brothers, French inventors and pioneer filmmakers and manufacturers of photographic equipment.