IN SHORT: A video shared across Kenya appears to show a comical display of airborne incompetence, and has gone viral with the claim it is of Ugandan paratroopers. But these independence day celebrations were captured in Honduras in Central America, not Kenya’s neighbour Uganda.

A video that appears to show paratroopers trying to land in the field of a packed stadium but instead falling among the crowds and in other undesignated areas has attracted social media attention in East Africa.

Facebook users who posted it claimed it showed “unskilled” Ugandan paratroopers struggling to make a safe landing during the country’s 60th independence day celebrations on 9 October 2022. The ceremony was attended by African leaders including Kenyan president William Ruto.

“These are Ugandan paratroopers. They are the people who want to take over Nairobi in a week instead ya kuland at the centre of the field wanaland juu mabati ya stadium na kwa jukwaa ya raia,” one Facebook user captioned the video, in a mix of English and Kiswahili.

This translates as: “These are Ugandan paratroopers. They are the people who want to take over Nairobi in a week. Instead of landing at the centre of the field, they land on the roof of the stadium and on the stands where civilians are seated.”

It comes just days after Ugandan president Yoweri Museveni’s son Muhoozi Kainerugaba claimed he would only need two weeks to capture Kenya's capital, Nairobi, with “his” army. He made this controversial statement in a series of tweets on 3 October 2022.

At the time of tweeting, he was serving as the commander of the land forces in the Uganda Peoples’ Defence Forces. The tweet attracted condemnation from Kenyans and he has since been removed from the position.

But does it show Ugandan forces in a failed landing on independence day? We checked. 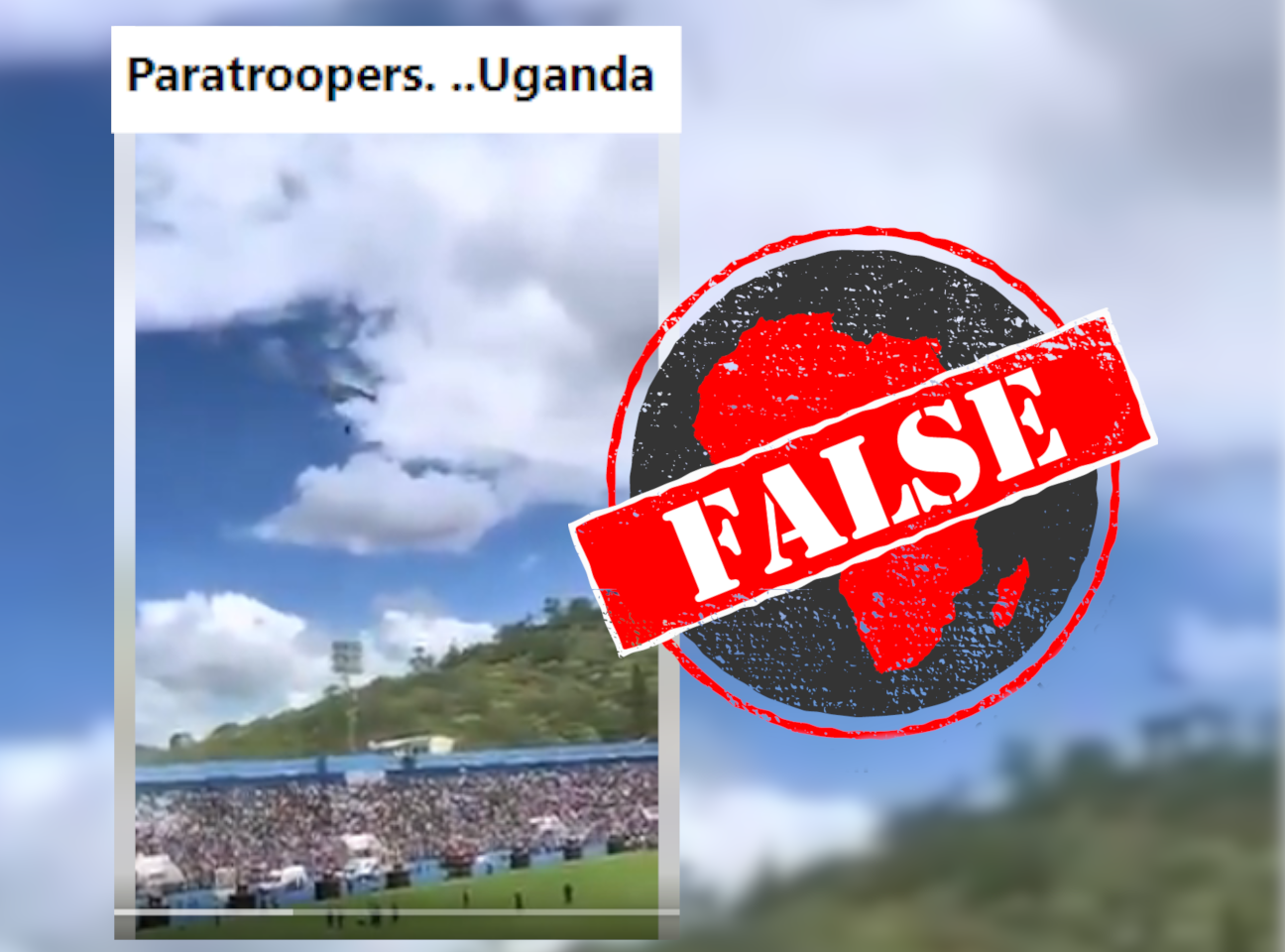 Video not from Uganda

We searched for the video on YouTube using the keyword “Ugandan paratroopers during independence day” and found it posted on 10 October.

But in the comments to the video we noted a YouTube user had said the location might be “estadio nacional Honduras” or “Honduras national stadium”.

Using the keyword “paratroopers at Honduras national stadium” we found a number of videos published on 15 September. These showed the same scenes, but during independence day celebrations in Honduras, a country in Central America.

Although some of the videos from Honduras were shot at different angles, we could identify it was the same scene as the video used in the claim. The parachute colour and design is the same, as is the hill in the background with two trees in the foreground.

A large stadium floodlight, blue shades and a large screen have also been captured in the Honduran videos here and here, and match elements in the video claiming to show Ugandan paratroopers.

This inept display took place in Honduras in Central America, not the East African country of Uganda.

No, MTN promotion asking you to send money for free airtime or car is bogus