Viral video of hospital with leaking roof from Ghana, not Uganda

A video showing rainwater pouring through a leaking roof in what appears to be a hospital has been shared on Facebook.

The video has been viewed more than 1,800 times, with the claim it shows a hospital in Uganda.

It is captioned: “God help Uganda coz it’s conditions are worsening day by day.”

But at Africa Check we’ve seen this video before, shared with different claims, some saying the hospital is in Ghana, others that it shows a Kenyan facility.

In April 2021 we debunked claims that the video was from Kenya, confirming that the hospital is in Onwe in Ghana. The video apparently shows a makeshift structure set up to ease the demand for emergency care.

Our first investigation was detailed, but we took another look. 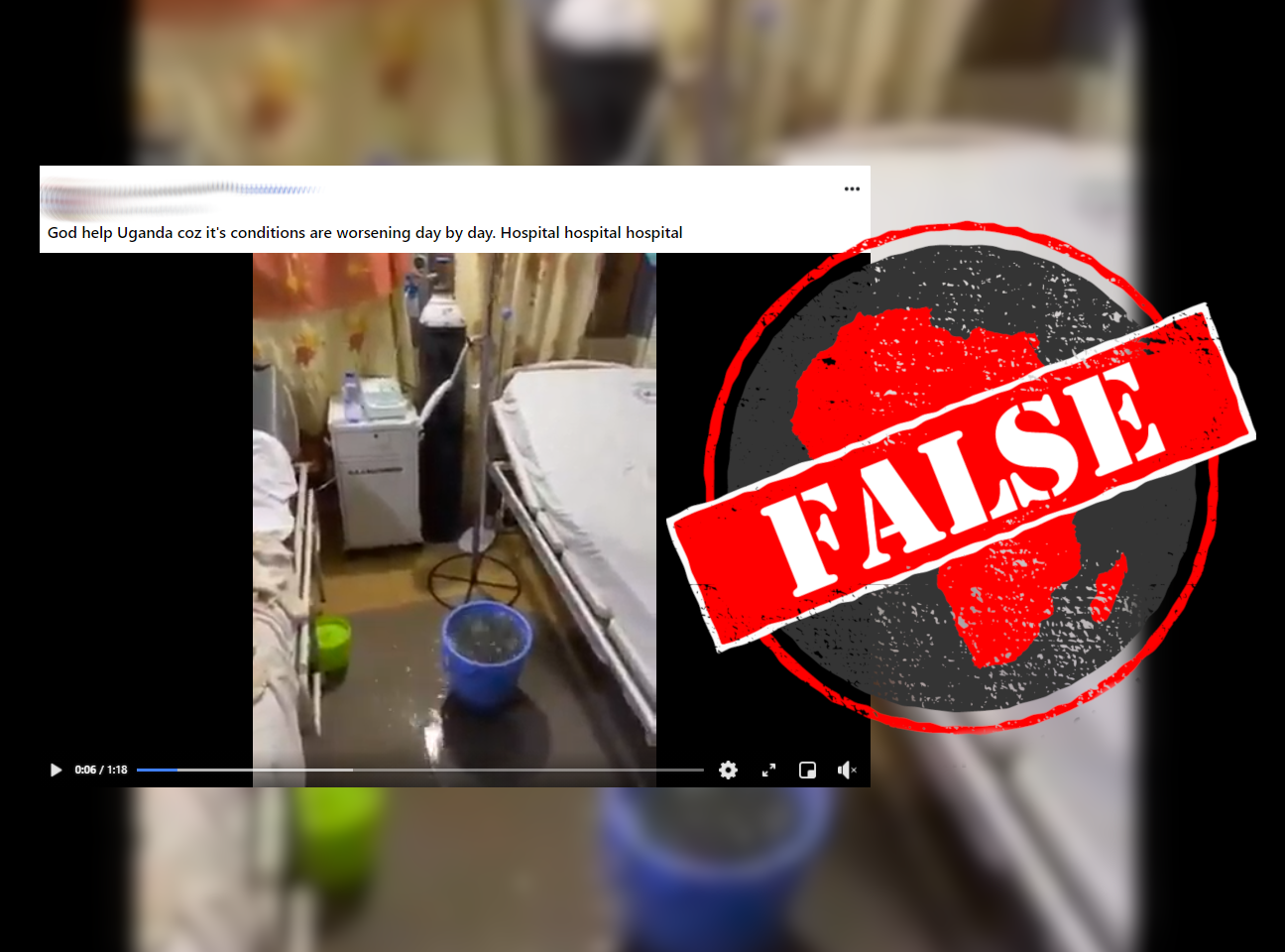 To check the origin of the video, we extracted frames from it using the InVid WeVerify tool and ran a Google reverse image search.

We found that the video first surfaced online on 12 March 2021, making clear it showed a hospital in Ghana. Other stories saying the video showed hospitals in other countries only began circulating later.

A YouTube search of “hospital with leaking roof” also revealed that the earliest upload of this video on YouTube was 12 March.

France 24 Observers also investigated the claim. They found a logo on the hospital bed sheets which they traced to the Church of Pentecost Ghana.

A post on the church’s official Facebook page addressed the issue, saying while the hospital was not part of the church, the sheets were donated to the hospital in 2019.

We can confirm once more that the video shows a hospital in Onwe, Ghana, not Uganda.