A video which appears to show a Kenyan legislator encouraging tribal conflict was shared widely on Facebook in August 2021.

Oscar Sudi speaks in Nandi, a dialect of the Kalenjin language. The video has Kiswahili subtitles.

Sudi is member of parliament for Kapseret constituency in western Kenya. Among those who shared the video was Charity Ngilu, county governor of Kitui, east of the country’s capital Nairobi.

Sudi is a close ally of Kenyan deputy president William Ruto. Ruto has made clear he intends to run for president in the 2022 general elections.

Africa Check took a closer look at the video. 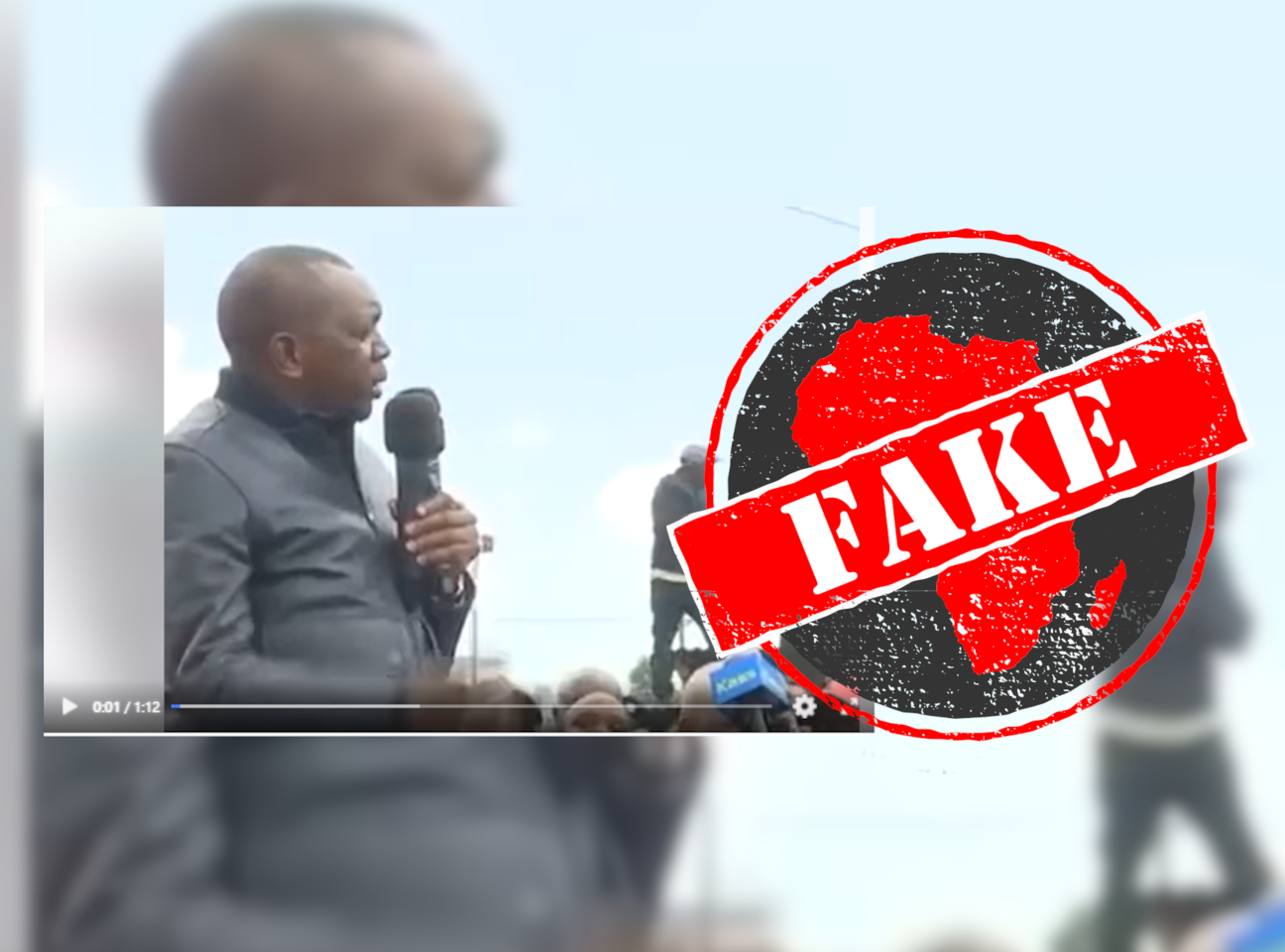 Context of the video

One of the subtitles reads: “Tutawatimua wote huku wamejenga Mau.” This loosely translates to: “We will chase them all from Mau Forest where they have settled.”

Another reads: “Wawache kutuchokora vichwa na wasiposikia, watarudi huko kiambaa”. This means: “They should not provoke us, and if they dare us, they will have to go back to Kiambaa”.

Mau Forest is the largest remaining indigenous forest in the country. Kiambaa is a constituency in Kiambu county, northwest of Nairobi, dominated by Kikuyu people.

The government has conducted numerous evictions of settlers from Mau Forest lands, and politicians have often accused the government of targeting their particular communities.

It appears, from the subtitles, that Sudi is addressing fellow Nandi-speaking people who have been evicted from Mau and is warning Kikuyu people who have settled in the area.

A reverse image search of a screengrab from the video led us to a longer version posted on Facebook on 27 June 2020.

In the video with the subtitles it looks as though Sudi is addressing members of his community evicted from Mau forest. But we established that the video was one of many taken on 26 June during a public meeting in Lessos area in Nandi county. Rift Valley regional coordinator George Natembeya also spoke.

Police had shot dead a person a day earlier while enforcing Covid-19 restrictions. Two more were reportedly killed in the ensuing protests.

Natembeya supervised the Mau evictions and police were also present at the meeting. This suggests Sudi was addressing the security personnel. And one of the videos is titled “Angry Ruto point man Oscar Sudi lectures Natembeya badly over police killing in Lesos”.

We also asked a Nandi native speaker to translate what was being said in the video, to compare to the Kiswahili subtitles.

This can be translated to: “I want these journalists to get this clearly because these people are getting on our nerves. They sent police to come and disturb our people. It's like we are not human beings, right? It's like they don't know who we really are.

“We will chase them all from Mau Forest land where they have settled. We will seize all their Mau land title deeds when we get into power. You wait, we are not fools. They shouldn't provoke us, because then we'll send them packing back to their homeland in Kiambaa”

But our translator said these subtitles were not accurate translations of what Sudi said.

His speech translates to: “I want to say a number of things. These people have come here to mourn with us, but it's not because they have good intentions. Don't think those who killed our people have peace at their homes. We are not a people to be taken for a ride. They should not think we are fools.

“Don’t think even this one sitting amongst us is a good person. He has been chasing around our people in Mau Forest. We won't allow that because those who are in Mau Forest lands have valid title deeds, but is he not the one who bothered them with evictions? We are not fools. Don't be duped into thinking he is here with good intentions. I know you heard what I said recently. Stay alert.”

Sudi was not threatening Kikuyu people in the year-old video and while he mentioned evictions in Mau Forest, he was not inciting conflict.