IN SHORT: A video shared online shows a brazen robbery and Kenyan Facebook users have claimed it illustrates the increase of crime in the capital Nairobi. But it’s from the South American country Guyana, not Kenya.

A video circulating on Facebook appears to show a man being mugged on a busy street in broad daylight.

The video has been posted with the claim it shows criminals operating freely in Kenya’s capital Nairobi.

“SHOCKING video of an unidentified man being mugged in a Nairobi street in broad daylight goes viral,” a Facebook page with over 27,000 followers captioned it.

The video has gone viral at a time when violent robberies have increased in the capital. This has led to meetings by top security officials and the deployment of more security officers in the streets.

A number of videos have been posted online, showing civilians being confronted by criminals in Kenya. But is this one of them? We checked. 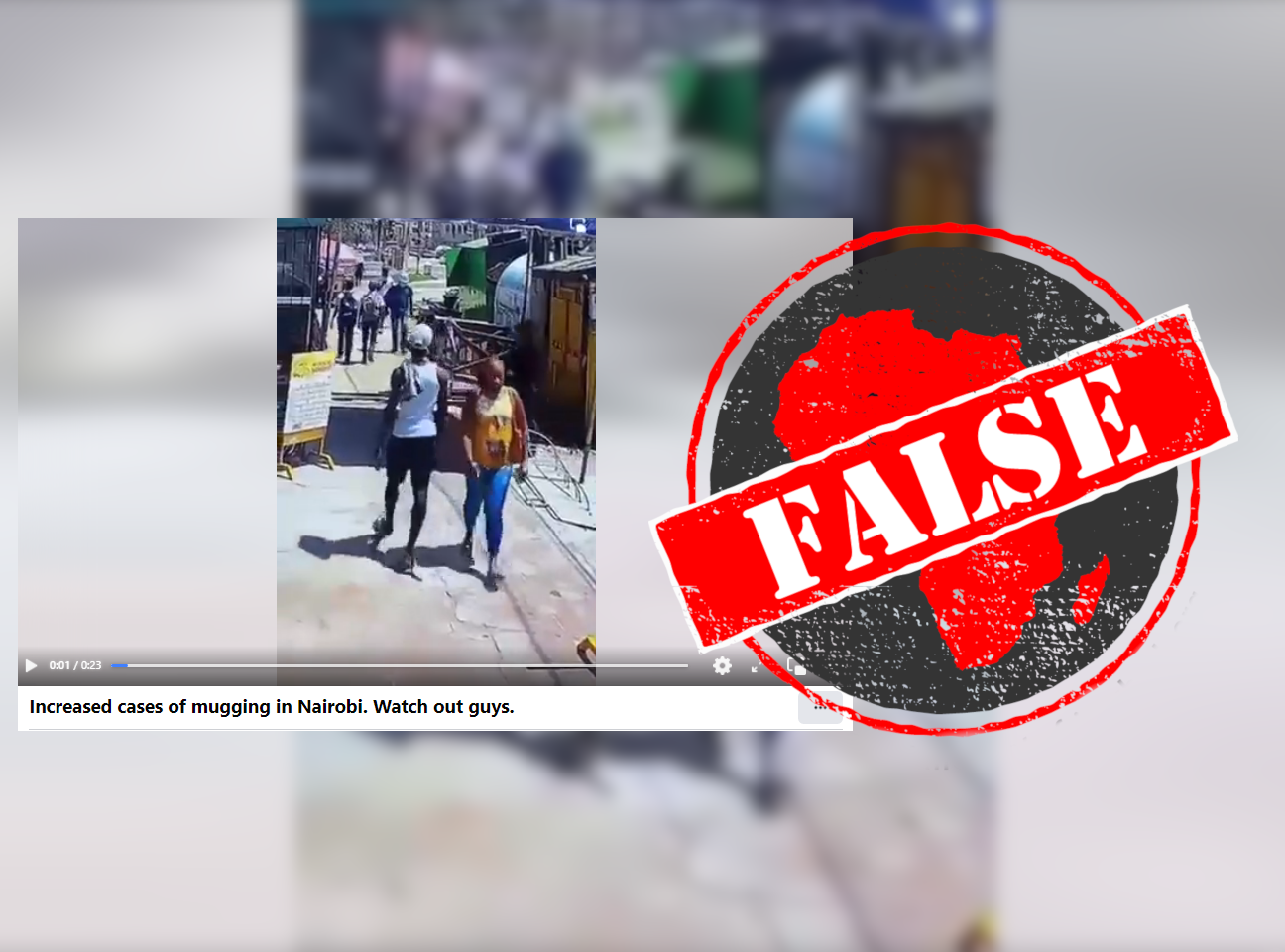 A reverse image search of a screenshot from the video leads to a news article on a Guyanese website. Guyana is a country in South America.

It reports the incident took place in Georgetown, the country’s capital, and that the suspects were later arrested and charged.

News of their arrest and charging was also covered by other news websites in the country.

The incident did not take place in Kenya.