‘Wajackoyah takes the lead’ in Kenya’s presidential race? No, graphic with Citizen TV logo is fake

A graphic on what seems to be a screengrab of a Citizen TV broadcast showing vote projections for Kenya’s 2022 presidential election is circulating on Facebook. It’s titled “PRESIDENTIAL RACE 2022.”

At the top is George Wajackoyah, the presidential candidate for the Roots Party, with 6,239,017 votes. Next is Raila Odinga of the Azimio la Umoja coalition with 5,493,001 votes. Deputy president William Ruto, vying on the United Democratic Alliance ticket, is third with 2,110,202.

The chyron – the text on the lower third of the screen – reads: “GEORGE WAJACKOYAH TAKES THE LEAD. Roots Party flag bearer George Wajackoyah leads with 6,239,017 votes.”

The graphic appears on Facebook here, here, here, here and here. Another version has been posted on Twitter with a watermark indicating it was taken from a TikTok video.

But is the image really a Citizen TV projection of the results of the presidential election? We checked. 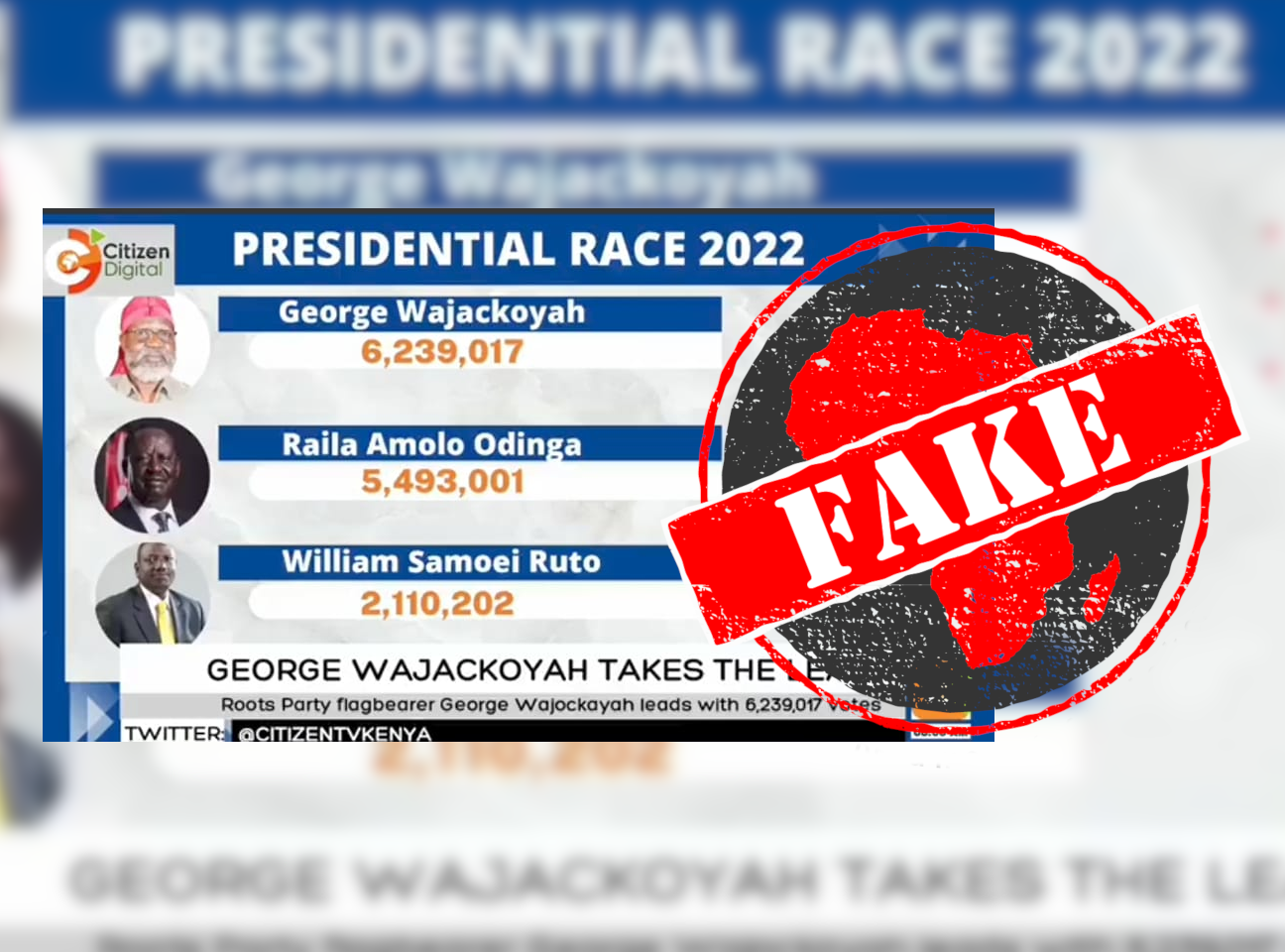 ‘Kindly treat it with contempt’

The graphic appears to have been taken from a longer video.

“Fake video alert: Be warned that this is a fake video so kindly treat it with the contempt it deserves. Follow our verified platforms for accurate updates on the election 2022 and other news,” the tweet reads.