‘We will not take any more humiliation’? No, Kenya’s Star newspaper didn’t quote deputy president Ruto saying this

“I have been stopped from flying to Uganda because the system believes only the children of the rich and famous can fly to foreign countries to dine with presidents,” reads a quote on a graphic posted on Facebook.

The quote is attributed to William Ruto, Kenya’s deputy president. The graphic shows a photo of Ruto, and carries the logo, web address and social media handle of the Star, a Kenyan newspaper.

The quote continues: “But we have God and will overcome. I am putting the tribalists and dynasties on notice that our patience has run out and we will not take any more humiliation. Let them face me openly instead of hiding behind their lowly serfs in the civil service.”

The graphic appeared a few days after Ruto was blocked from leaving Kenya for Uganda. He and his allies had planned a private visit to the country, according to media reports.

It is not yet clear why he was not allowed to travel but he has long been reported to be at loggerheads with Kenyan president Uhuru Kenyatta.

Did the Star quote Ruto as saying this? We checked. 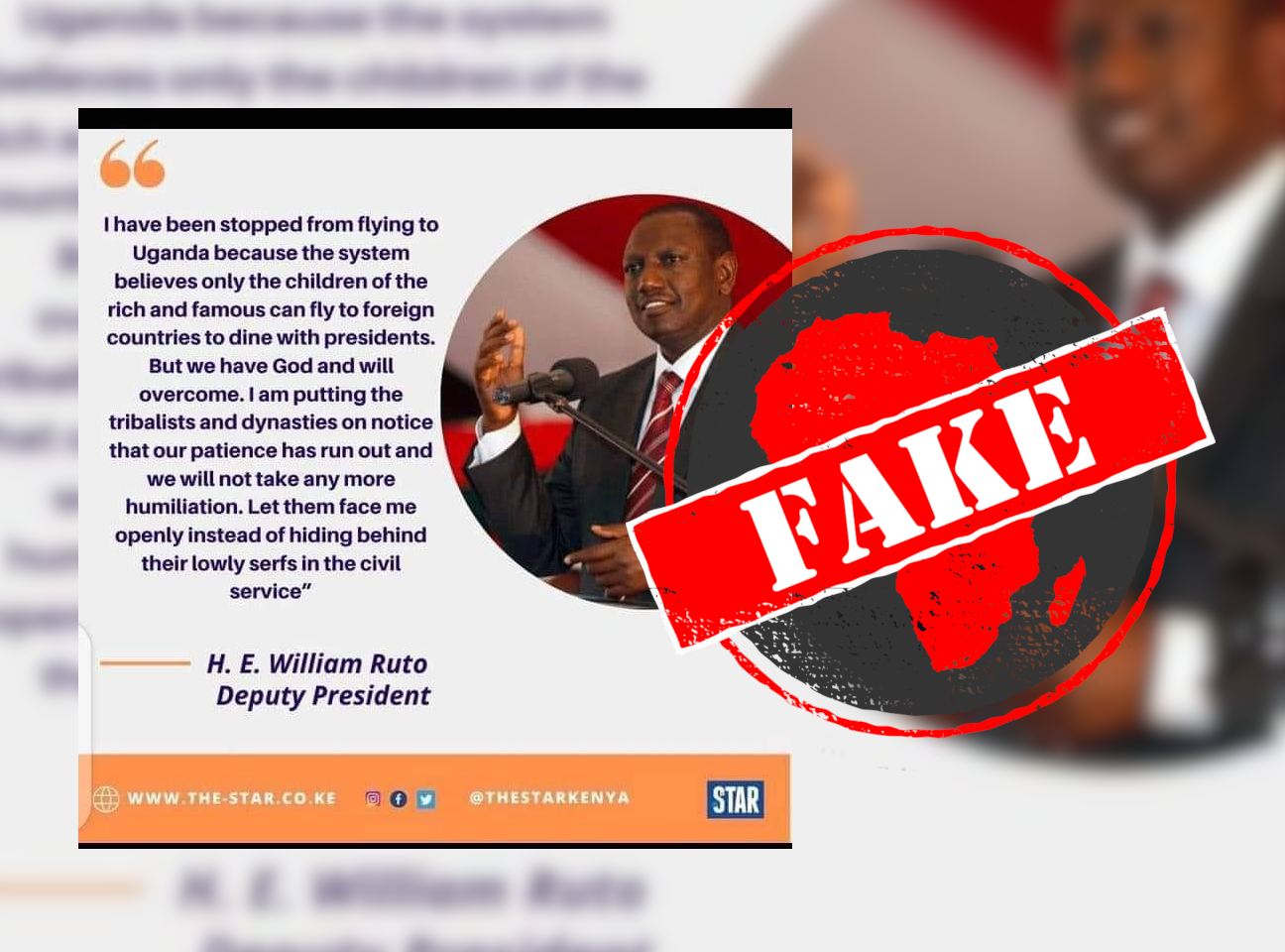 Most quotes on graphics posted on social media by Kenya’s press – known as “social cards” – are taken from interviews. But we could not find any published interview with Ruto in which he says this.

Instead, after being prevented from travelling out of the country, Ruto tweeted: “Isorait....tumwachie MUNGU.” This is Kiswahili for: “It’s alright. Let's leave it to God.”

Please note that this quote doing rounds on social media is fake. All quotes by the Star are shared on our verified pages #FakeNewsAlert pic.twitter.com/nOi5YzKsGL

“Please note that this quote doing rounds on social media is fake,” the newspaper said. “All quotes by the Star are shared on our verified pages #FakeNewsAlert.”