A photo of a woman in a hospital bed, her torso covered with surgical dressings and tubes, has been posted on Facebook with the claim that it shows a 26-year-old childless widow scheduled for an operation.

It was first posted in April 2018, but has recently resurfaced. Its caption is in the Somali language.

This roughly translates as: “My name is Asafaashi. I am 26 years old. I know that our people pray to God on Facebook. I have no children and my husband just passed away.”

It adds that she is “going to have an operation tomorrow” and that social media users should pray for her, share the post and support her.

“Don't leave it only if you read it. Sharing it will help me. Let what happened to me not happen to you. Please share and support me.” The post has been shared over 21,000 times.

But does the photo really show a 26-year-old named Asafaashi? 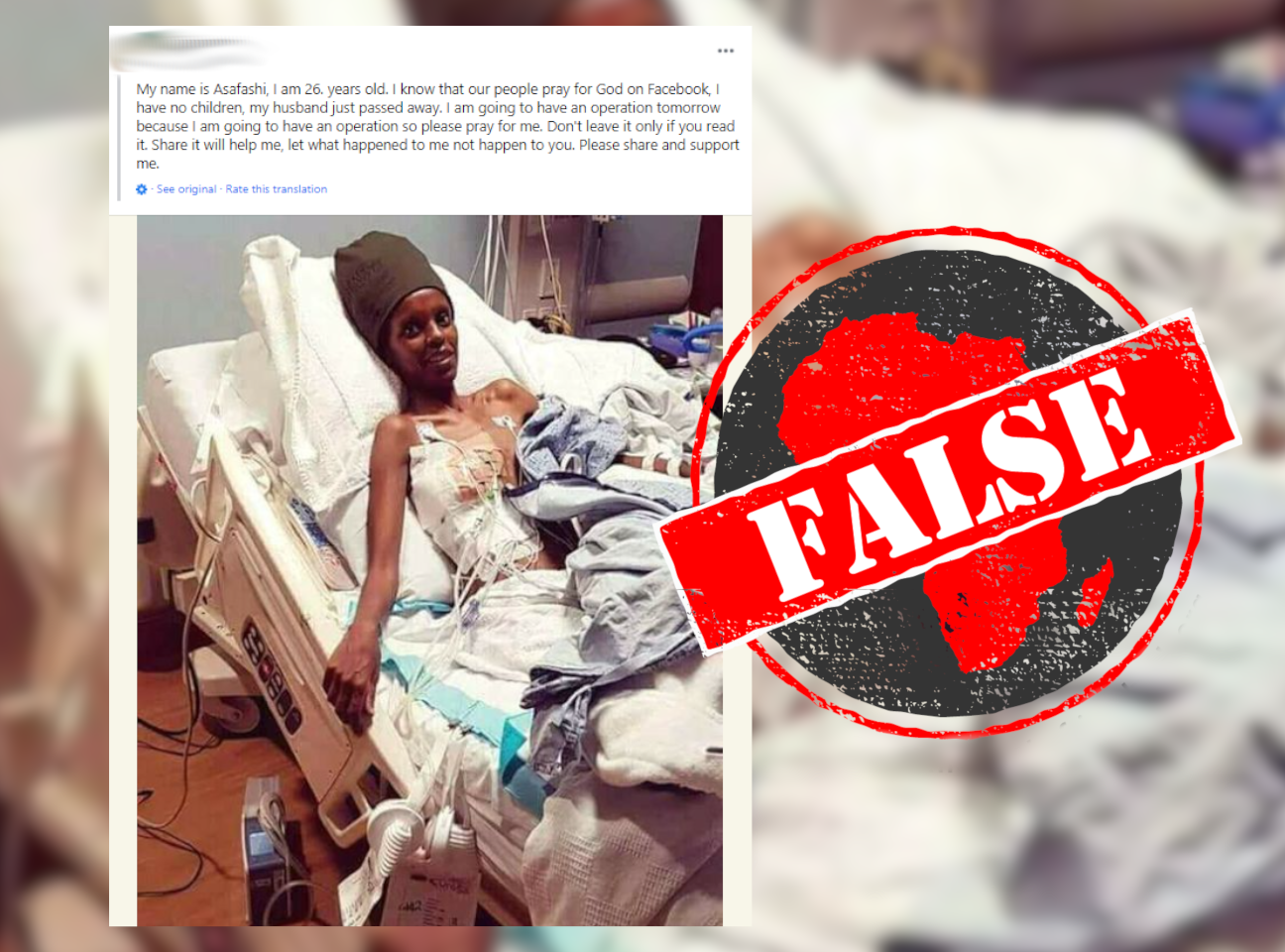 A reverse image search quickly led us to a photo of Njambi Koikai, a Kenyan radio and TV presenter known as Fyah Mummah.

Koikai posted the photo on her Facebook and Instagram pages in March 2018. It shows her in a hospital in the US, where she was admitted for treatment of endometriosis. This often painful condition is when tissue similar to the normal tissue lining a woman’s uterus grows elsewhere in the body.

“It's been a month of raising awareness on Endometriosis and i don't think it should stop there. I think we should raise awareness all year round,” Koikai wrote in a long caption to the photo.

Her journey to recovery has been widely covered by the media. She returned from the US in August 2019 and is currently a presenter at Trace radio in Kenya.