Posts shared widely on Instagram and Facebook, including in South Africa, claim that an intricate colourful image is the most detailed model of a human cell to date.

The caption to the image, credited to a “Doug McCluskey”, says it was “obtained using x-ray, nuclear magnetic resonance and cryoelectron microscopy datasets”.

The image shows a series of shapes and colours that resemble microbes, such as bacteria, seen under a microscope.

One of the posts was viewed over 10,000 times in just 24 hours and Facebook’s fact-checking system flagged the post as possibly false.

So does this image show the “most detailed model of a human cell to date”? We took a closer look. 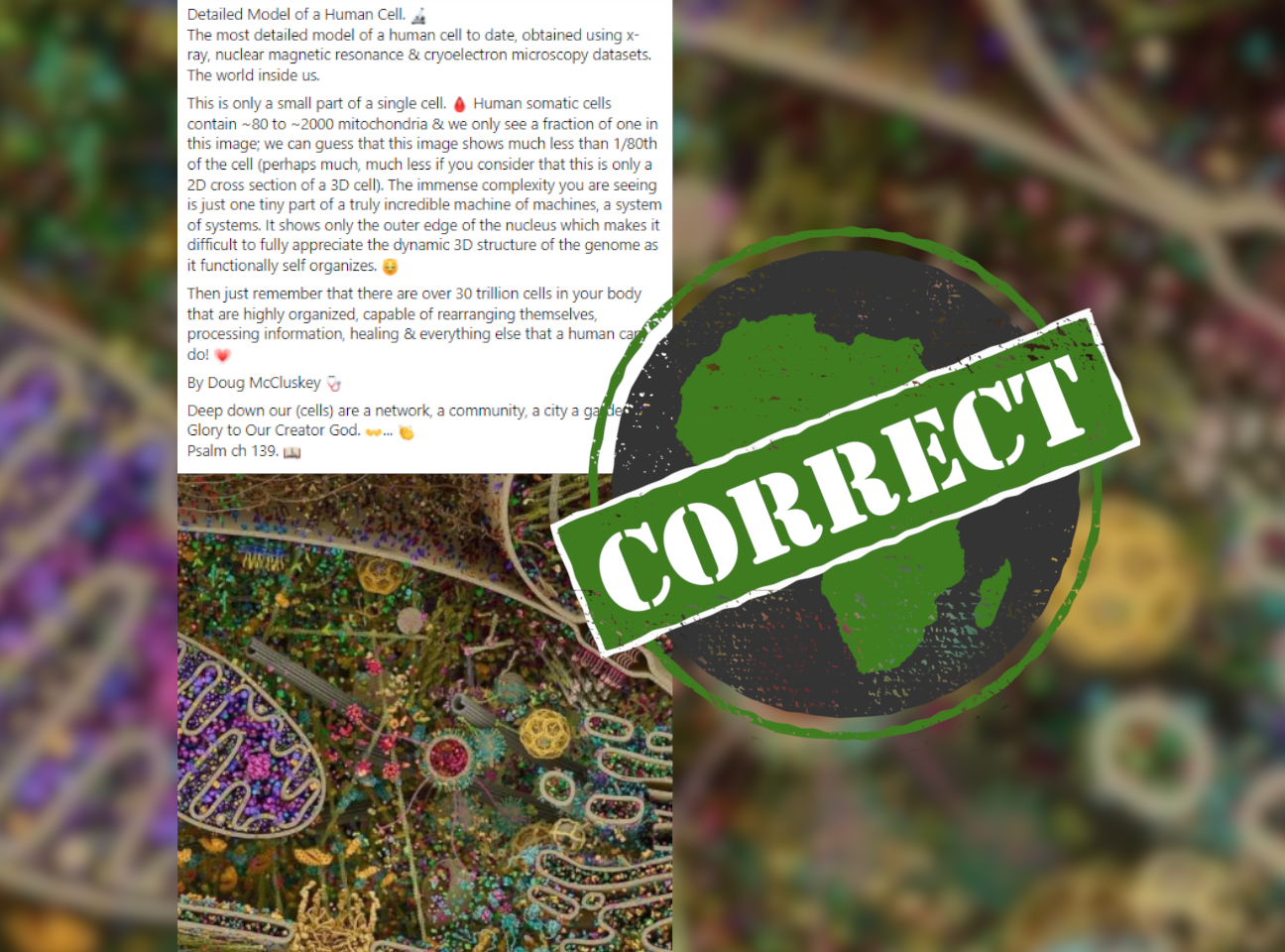 A Google reverse image search of the image led to the “image of the month” published by John Hopkins University on 1 February 2020.

It is captioned as a “3D rendering of a eukaryotic cell modeled using data from X-ray, nuclear magnetic resonance and cryo-electron microscopy” and “an attempt to visualise the myriad systems involved in cellular life”.

A eukaryotic cell is a cell or organism with a clearly defined nucleus surrounded by a nuclear membrane, in which the chromosomes are located. Human cells are examples of eukaryotic cells.

The image is credited to Evan Ingersoll and Gael McGill. We could find no mention of anyone called Doug McCluskey related to the original image, other than the many social media posts that quote him.

Searching for Ingersoll and McGill led us to an article by the Australian Associated Press which quoted Evan Ingersoll. He said the colourful image was a “digitally-rendered model of a eukaryotic cell” designed as an interactive scientific learning tool.

He added it was “extremely misleading” to say it was an image of a real human cell as it would exist in its natural state.

We also found McGill’s website where the image is also published and links to interactive versions of “parts of this landscape”.

The social media posts sharing the illustration are broadly correct – it shows a eukaryotic cell, which human cells are.