A February 2021 Facebook post claims South Africa’s minister of international relations and cooperation, Naledi Pandor, has placed her director general on precautionary suspension, “after the department spent R118 million for a piece of land in New York that did not exist”.

“You just can’t make these up!” it reads, and then questions president Cyril Ramaphosa’s “claims to fight corruption”.

The post was flagged by Facebook’s fact-checking system as possibly false. But it’s true. 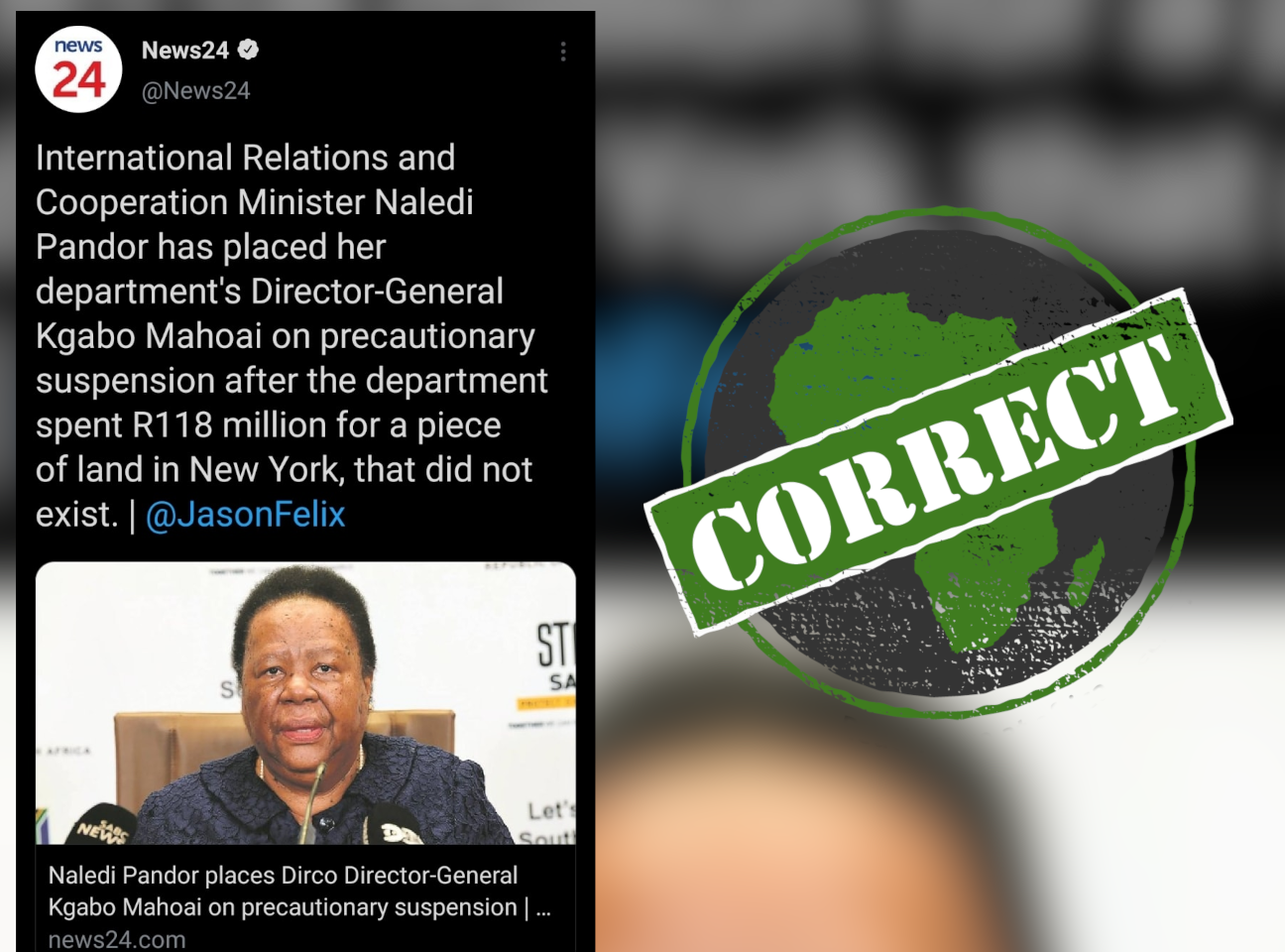 According to News24, Pandor announced the precautionary suspension of the department’s director general, Kgabo Mahoai, in a short letter to her staff.

This came after a December 2019 investigation that found R118 million had been paid for a piece of land meant to serve as offices for South African diplomats in New York City in the US.

But on inspection, the site was not vacant, but home to an old, unsuitable and dilapidated building.

According to Pandor’s spokesperson, Mahoai was suspended with full pay. Pandor said this was precautionary, and not a judgment.

The scandal has been covered widely in the media. A press release on the December 2019 investigation can also be read here.