Disclosure: The Bill and Melinda Gates Foundation is one of Africa Check’s funders, providing 11% of our income in 2019.

An article shared widely on Facebook in Nigeria has the headline “Bill Gates Pledges $70m To Ensure Entire World Gets Covid-19 Vaccine”.

Both the Facebook post and article show a head-and-shoulders photo of the billionaire philanthropist and Microsoft cofounder .

The first paragraph of the 12 November 2020 article says that as “part of moves to ensure that the vaccine circulated round the world”, the Bill and Melinda Gates Foundation has announced it will commit an additional US$70 million “to make sure vaccines are available for everyone”.

Bill and Melinda Gates have been the target of many fake rumours and conspiracy theories by anti-vaccine activists because of their foundation’s investment in healthcare and scientific research. Africa Check has debunked a number of these about Covid-19 over the course of 2020.

The article has been flagged as possibly false by Facebook’s fact-checking system. We investigated whether it’s another example of misinformation about the Gates foundation. 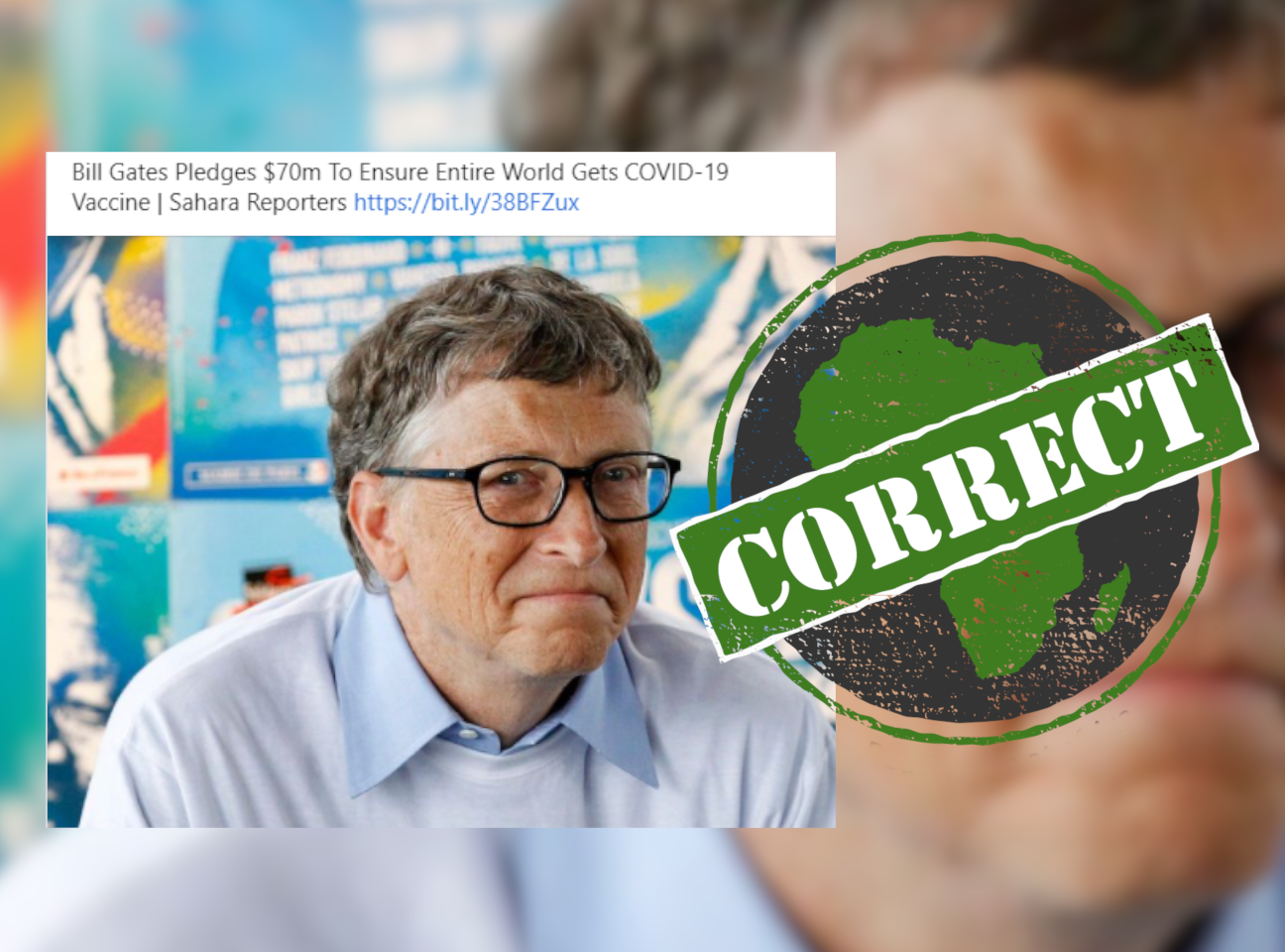 Money for vaccine distribution and research

The article is published by Sahara Reporters, a trustworthy news organisation that delivers news from a Nigerian and wider African perspective. And it is entirely accurate.

On 12 November, speaking at the Paris Peace Forum, Melinda Gates said: “Our foundation is also making a contribution today, too: We’re donating another $70 million to fight Covid-19: $50 million for buying vaccine doses for low-income countries; and another $20 million for researching new vaccines altogether.”

This was confirmed in a series of tweets by the Gates foundation the same day, and widely reported by news outlets across the world.

A further $250 million pledge to “manufacture and deliver new tests, drugs, and vaccines” was announced by the foundation’s chief executive, Mark Suzman, on 9 December. This was again widely reported by international media. These viral news stories shared on Facebook are quite true. – Africa Check

Does Nigeria have the world's most girls out-of-school, as activist Malala claimed?