Yes, Germany has agreed to pay Namibia US$1.3 billion for genocide of Herero and Nama people

Germany has agreed to pay US$1.3 billion to Namibia for crimes committed during the colonial period, claims an Instagram post.

“More than 100 years after the crimes committed by the German colonial power in what is now Namibia, Germany has formally recognized the atrocities committed against the Herero and Nama ethnic groups as genocide,” it reads.

“Germany will support Namibia and the descendants of the victims with €1.1 billion ($1.3 billion) for reconstruction and development and ask for forgiveness for the ‘crimes of German colonial rule,’ German Foreign Minister Heiko Maas said in a statement on Friday.”

The post includes a disturbing artwork of two men and a woman hanging from a tree as soldiers look on.

But according to Facebook’s fact-checking system, this may be false. We checked. 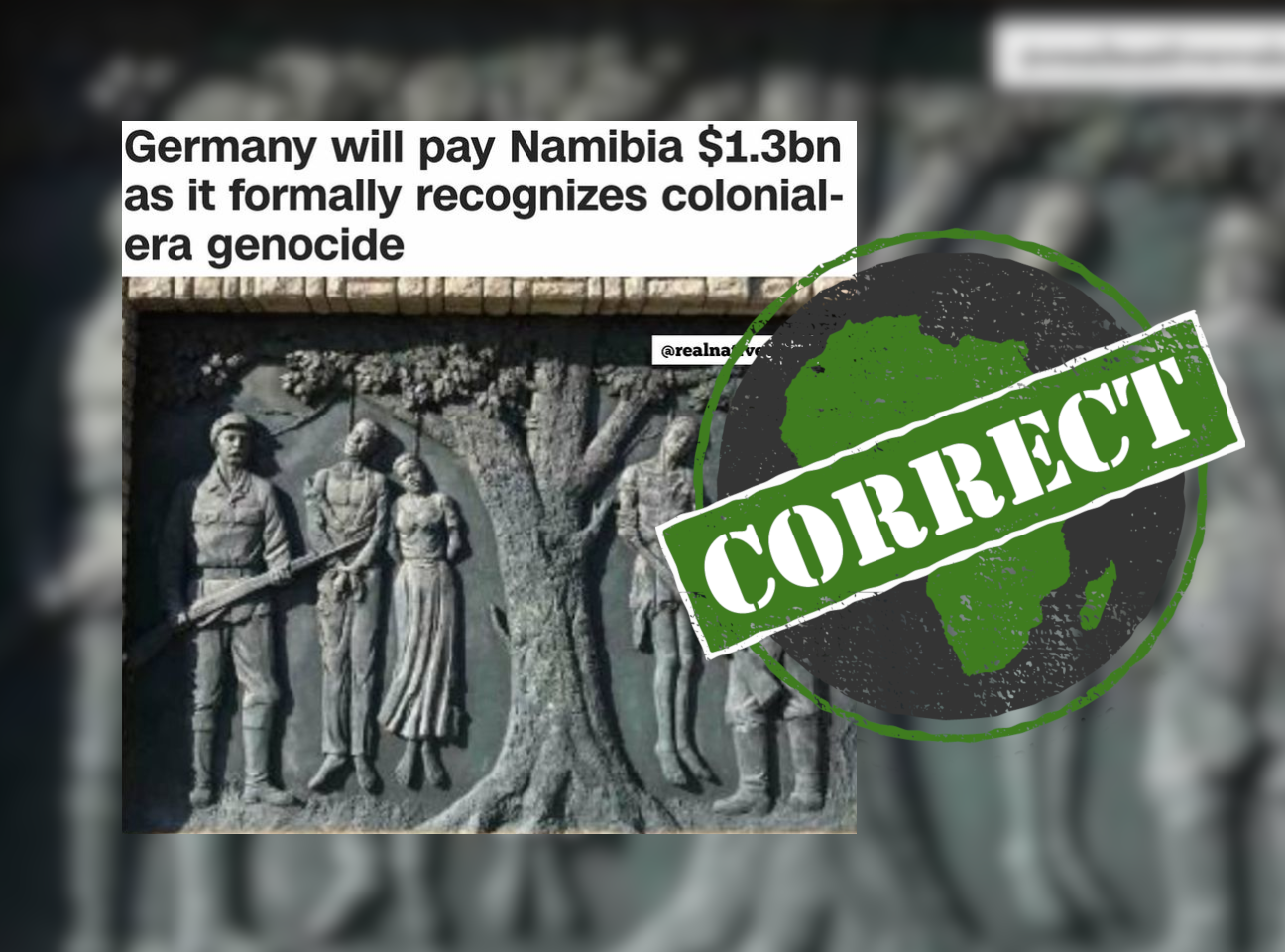 A Google reverse image search of the artwork reveals that it is a memorial to the genocide of the Herero and Nama, in Namibia.

A photo of the memorial is on the Getty Images website. Its caption reads: “A memorial to the genocide of the Herero and Nama (1904-1907) committed by German colonial troops in the centre of the Namibian capital Windhoek. The inscription translates as: ‘Your blood nourishes our freedom’.”

The genocide occurred after an uprising against German rule in 1904, after which thousands of Herero and Nama people were killed.

A Google search of the words in the Instagram post shows it is indeed from a CNN article stating that the German government would pay Namibia $1.3 billion for the 1904 genocide.

The German foreign ministry issued a statement agreeing that the killings were a genocide and promising to pay €1.1 billion “for reconstruction and development”. The statement however noted that “legal claims for compensation cannot be derived from it”.