A graphic on Instagram has had over 254,000 views in just 24 hours with information about the crater left by the “asteroid that killed the dinosaurs”.

“The site of impact from the asteroid that killed the dinosaurs 66 million years ago is called Chicxulub Crater," text on the graphic reads. "It has a diameter of 150 km and a depth of about 20 km.”

The graphic has two illustrations that appear to show the crater from high above.

Facebook’s fact-checking system has flagged the graphic as possibly false. (Instagram is owned by Facebook.) And several Instagram users have questioned its claims. We took a closer look. 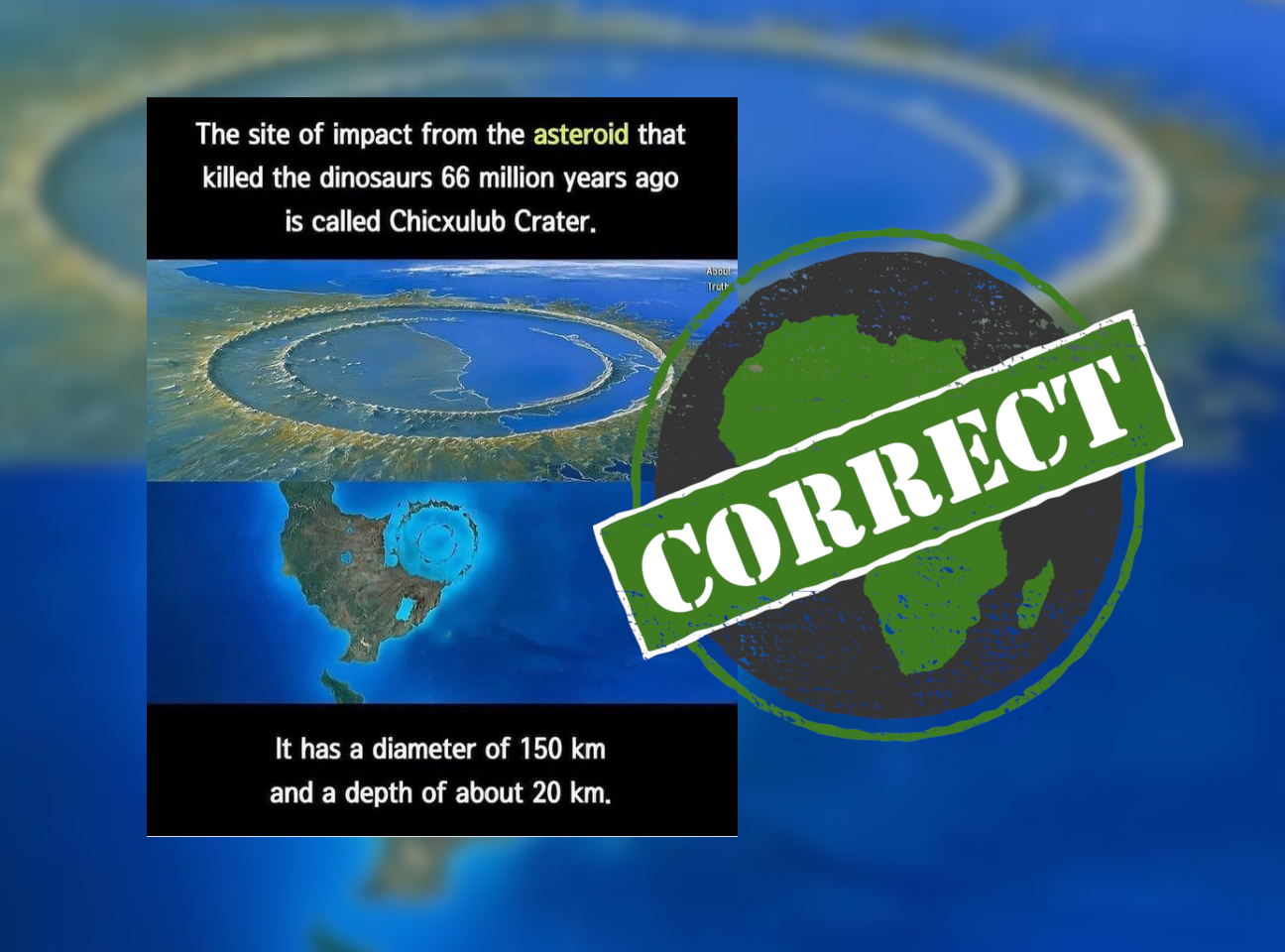 A reverse image search of the graphic's first illustration led us to a New York Times article about the crater, where the image features prominently.

Its caption reads: “An artist’s impression of what the Chicxulub crater might have looked like soon after an asteroid struck the Yucatán Peninsula in Mexico. Researchers studied the peak rings, or circular hills, inside the crater.”

The illustration is credited to “Detlev van Ravenswaay/Science Source”.

Crater can help piece together events 66 million years ago

The Chicxulub crater is at the northwestern point of Mexico's Yucatán peninsula. The peninsula separates the Gulf of Mexico from the Caribbean Sea.

A crater is a bowl-shaped depression created by a meteorite impact, volcanic activity or an explosion.

The Chicxulub crater is believed to have been formed by an asteroid that hit Earth about 66 million years ago. There is strong evidence that the resulting cloud of dust – including carbon – changed the planet's climate and led to the extinction of the dinosaurs.

According to an article in the Harvard Gazette, the crater spans about 150 kilometres and is some 19 kilometres deep.

National Geographic says that using computer models and geological fallout from Chicxulub can help researchers piece together what happened 66 million years ago, and to theorise on the future impact of asteroid strikes.

The graphic on Instagram does show an illustration of the Chicxulub crater in Mexico, formed when an asteroid hit our planet 66 million years ago. The crater is about 150 kilometres wide and 19 kilometres deep. There is strong evidence that the asteroid impact that caused the crater led to the extinction of the dinosaurs.