Yes, hundreds hospitalised in India in December 2020 for unidentified disease

Just when you thought 2020 couldn’t get any worse, a post circulating on Facebook claims that “hundreds of people in India were hospitalised from a disease yet to be identified”.

The 8 December post was shared to Facebook by the page Izindaba-Ditaba-News, which describes itself as a “news and media website”. It was created in August 2017 and has over 170,000 followers. 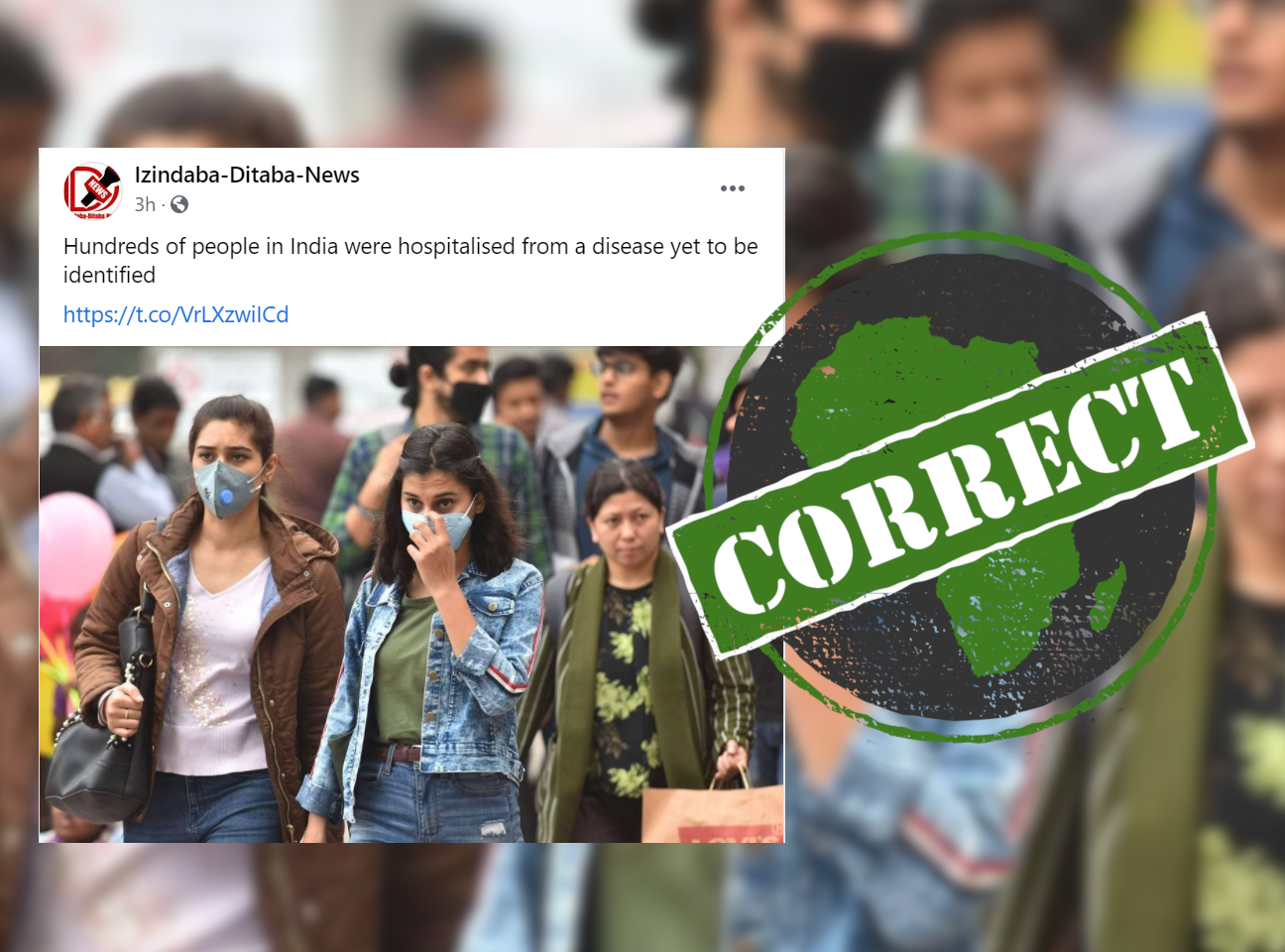 Included in the post is a link to an article by Business Insider South Africa, a credible financial and business news website.

The article says that an unidentified disease has led to over 450 hospitalisations and at least one death in southern India. Known symptoms of the disease include forgetfulness, anxiety, vomiting, headaches and back pain.

This developing story is being covered by major news organisations around the world. The Facebook post is true. – Africa Check