Yes, Kenyan lawyer Lumumba did compare how corrupt officials are treated around the world

A graphic posted on Facebook on 4 March 2021 attributes a quote to Prof Patrick Loch Otieno “PLO” Lumumba, a Kenyan professor of law and anti-corruption crusader, comparing the treatment of corrupt officials in Japan, China, Europe and Africa.

“In Japan, a corrupt person kills himself. In China, they will kill him. In Europe they jail him. In Africa, he will present himself for an election,” it claims Lumumba said.

The graphic includes a photo of Lumumba. In a corner is the logo of the Gambian media outlet EyeGambia.

The graphic has been viewed more than 1.2 million times so far.

Lumumba is a former director of the Kenya Anti-Corruption Commission. He has previously argued that corruption should be considered a crime against humanity because of the number of lives that have been lost to corrupt mismanagement.

But Facebook’s fact-checking system has flagged the graphic as possibly false. Did Lumumba really say this? We checked. 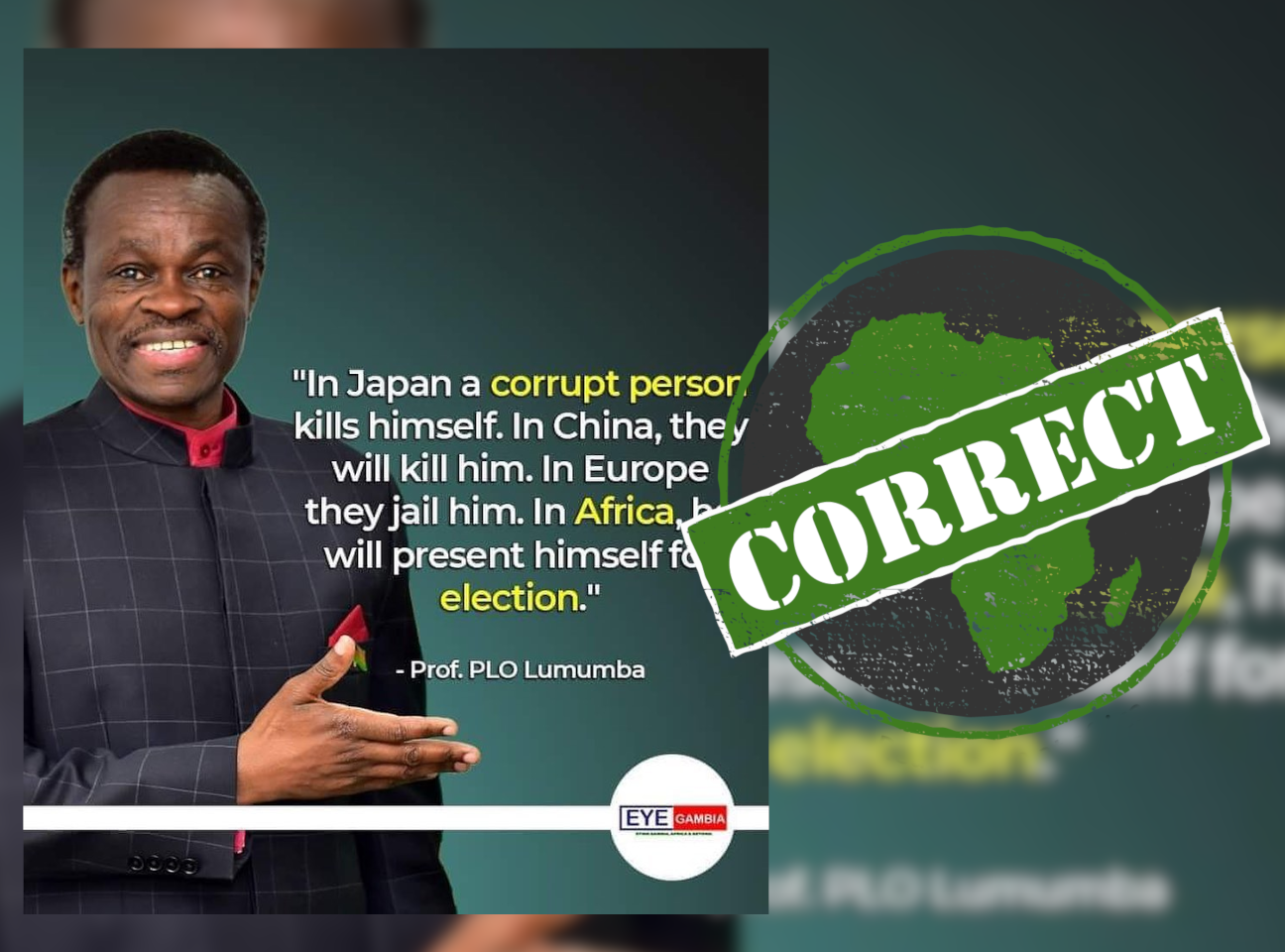 Lumumba added a “loose” translation: “In Japan a corrupt person kills himself. In China they will kill him. In Europe they jail him. In Africa he will present himself for election.”

The graphic includes an illustration of what appears to be a man dressed in white stabbing himself in the abdomen. The words “hara kiri” are written above. Hara kiri, also known as seppuku, was a ritualised form of suicide practised by samurais as a form of protest or as capital punishment.

The illustration appears to come from a card game but it is not clear if the quote was originally by Lumumba or someone else.

Nonetheless, Lumumba did tweet that corrupt officials commit suicide in Japan, are executed in China, are jailed in Europe and run for office in Africa.