IN SHORT: Kenyan politician Davis Chirchir is becoming more prominent since new president William Ruto nominated him as his energy minister. But fame and influence has also meant increased impersonation and fake social media accounts falsely posting in his name.

After Ruto was sworn in as president of Kenya on 13 September 2022, he nominated Chirchir as the energy minister in his cabinet. Chirchir was vetted on 18 October in the national assembly, and at time of writing is waiting for parliamentary approval of his nomination.

As Chirchir has become more prominent, some accounts and pages on Facebook have started posting content in his name.

The pages published sensational posts, including announcing his “plan to remarry” as a show of gratitude to some voters, asking Kenyans to “embrace polygamy”, and even pledging to cut the high fuel prices in the country.

We also found dozens of accounts featuring his photo and name.

Do any of these accounts or pages belong to Chirchir? We checked. 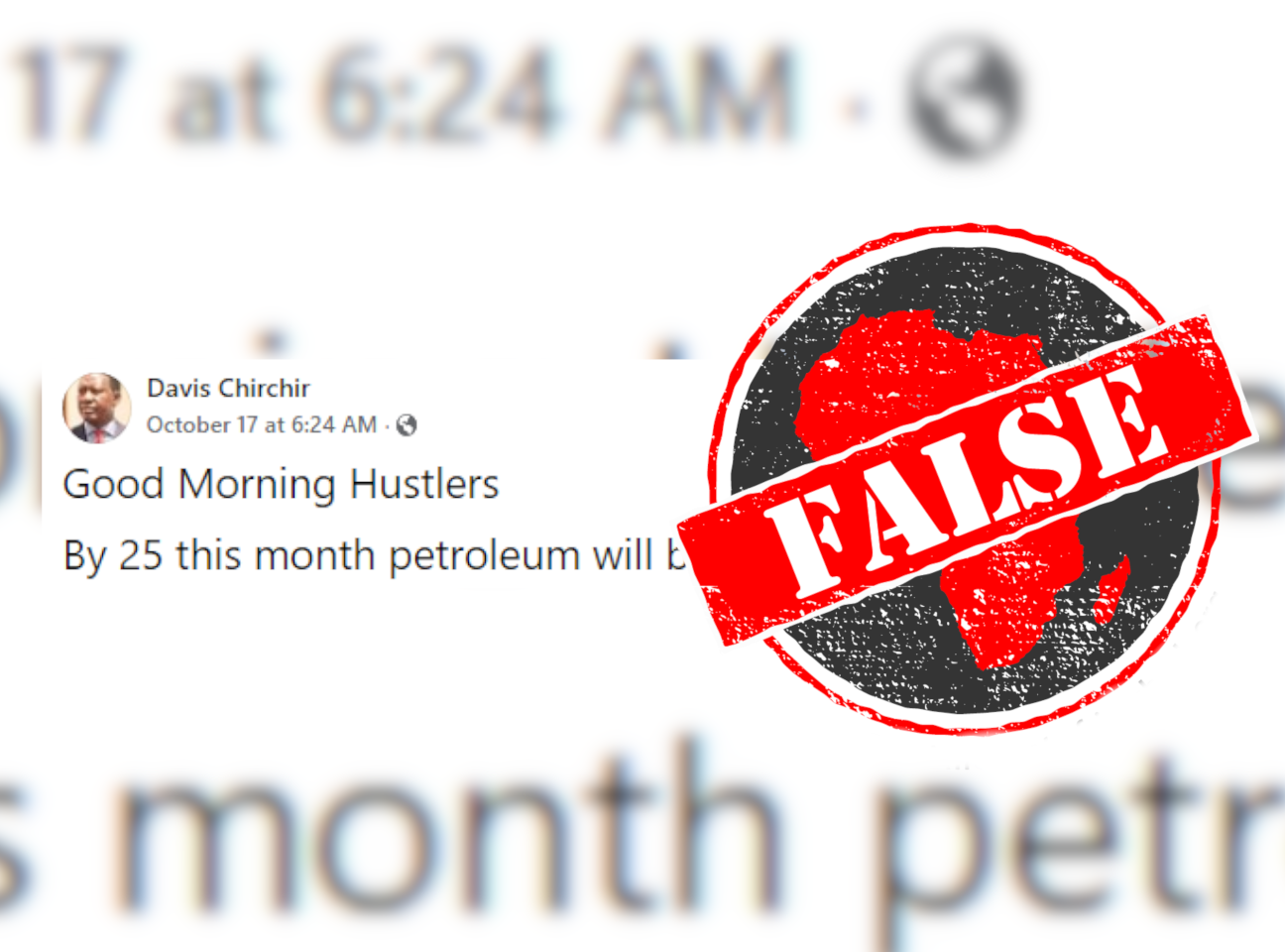 One of the pages was created on 6 May 2022 and in its page transparency section we can see it has changed names multiple times since then. It first had the name “Linet Toto Bomet woman rep”.  On 10 June the name changed to “Prof Wajackoyo”. On 10 September it was changed again to “Hon Davis Chirchir”, before changing again to “Davis Chirchir Energy CS” on 8 October.

Another page was created on 15 February 2019 with the name “Seventh day adventist youth worldwide”. It changed its name to “Davies chirchir” on 12 August 2022, and settled on “Davis Chirchir” on 24 August.

These changing identifiers are often an indication that the page is not genuine. A real person, particularly a public figure, is unlikely to change the name of their Facebook page multiple times.

‘Those are not my accounts’

In the reviews section of one of the pages, a number of people point out that the page is fake.

Africa Check contacted Chirchir and he told Africa Check that he had seen many fake accounts using his name and photo, but none belonged to him.

“Those are not my accounts. I am Davis Kimutai on Facebook and I don’t post,” Chirchir said in a text message.