A graphic posted on Facebook in South Africa shows two photos of a man in a primitive waistcoat and loincloth in a jungle setting, smiling into the camera.

“'Real-life Tarzan', a man who lived in the jungle for 41 years and had no idea women existed,” text below the photos reads.

Tarzan is a fictional character, an orphan raised in the jungle by gorillas, who first appeared in Tarzan of the Apes by Edgar Rice Burroughs in 1914 and later in several movies.

But Facebook’s fact-checking system has flagged the graphic as possibly false. Who is the man, and what is his story? 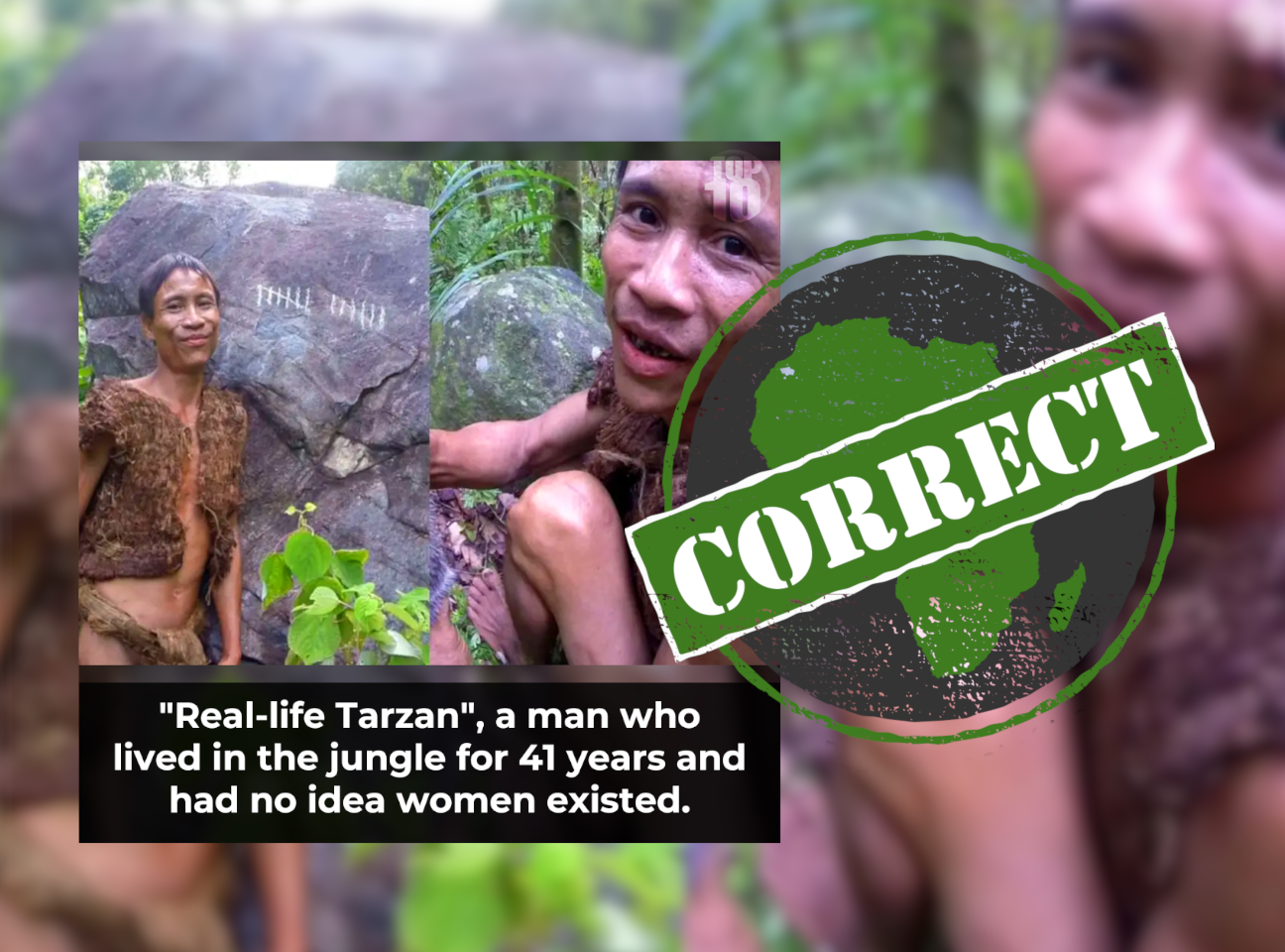 Fled as one-year-old after US troops bombed village

A TinEye reverse image search of the photos led us to several news articles, a book, a website and a YouTube documentary about Ho Van Lang, a North Vietnamese man who lived in the jungle for 41 years.

In 1972 the man, then just a year old, fled with his father Ho Van Thanh into the woods of North Vietnam’s Tra Bong district after US troops bombed their village during the Vietnam War, killing half their family.

In 2013 they were rescued after 41 years when the father became ill.

‘My father didn’t explain that to me’

The book and documentary are by Alvaro Cerezo, who befriended Ho Van Lang.

“In 2013 the world was amazed by the news that an old man and his son had been ‘rescued’ from the Vietnam jungle, after having lived there totally isolated from the civilian world during 41 long years,” the documentary’s description reads.

“The son’s name is Ho Van Lang and he grew up oblivious to the rest of the human race, not having even the most basic data on ‘man’.”

It adds: “At 42 years old Lang never knew the existence of the female sex as his father never told him. More surprising still is that today, now being able to distinguish between men and women, he still doesn’t know the essential difference between them.”

In the documentary, an interpreter asks him: “Do you know what a female is?”

“My father didn’t explain that to me,” he responds.

After the interpreter then asks “Did you discover the difference between male and female?” he again answers “My father didn’t explain that to me.”

Ho Van Lang died of liver cancer in September 2021, aged 52. In an obituary, the New York Post writes that while his father “had maintained some of his language skills”, Lang “could speak only a few words of the regional Cor language”.