The post includes a photo of a man kneeling next to what appears to be a dead rhino.

“The northern white rhino which survived 55 million years and saw ice ages, earthquakes, meteor strikes and was testament to innumerable historical changes on the planet could not survive humans,” the post continues.

It adds that the last male northern white rhino has died, leaving just two females. It claims that despite efforts at artificial reproduction there has been no success.

“It is a matter of time before this magnificent sub-species disappears into oblivion,” it ends.

The post has been viewed more than 411,800 times. Facebook’s fact-checking system has flagged it as potentially false.

Is the northern white rhino species functionally extinct? We checked. 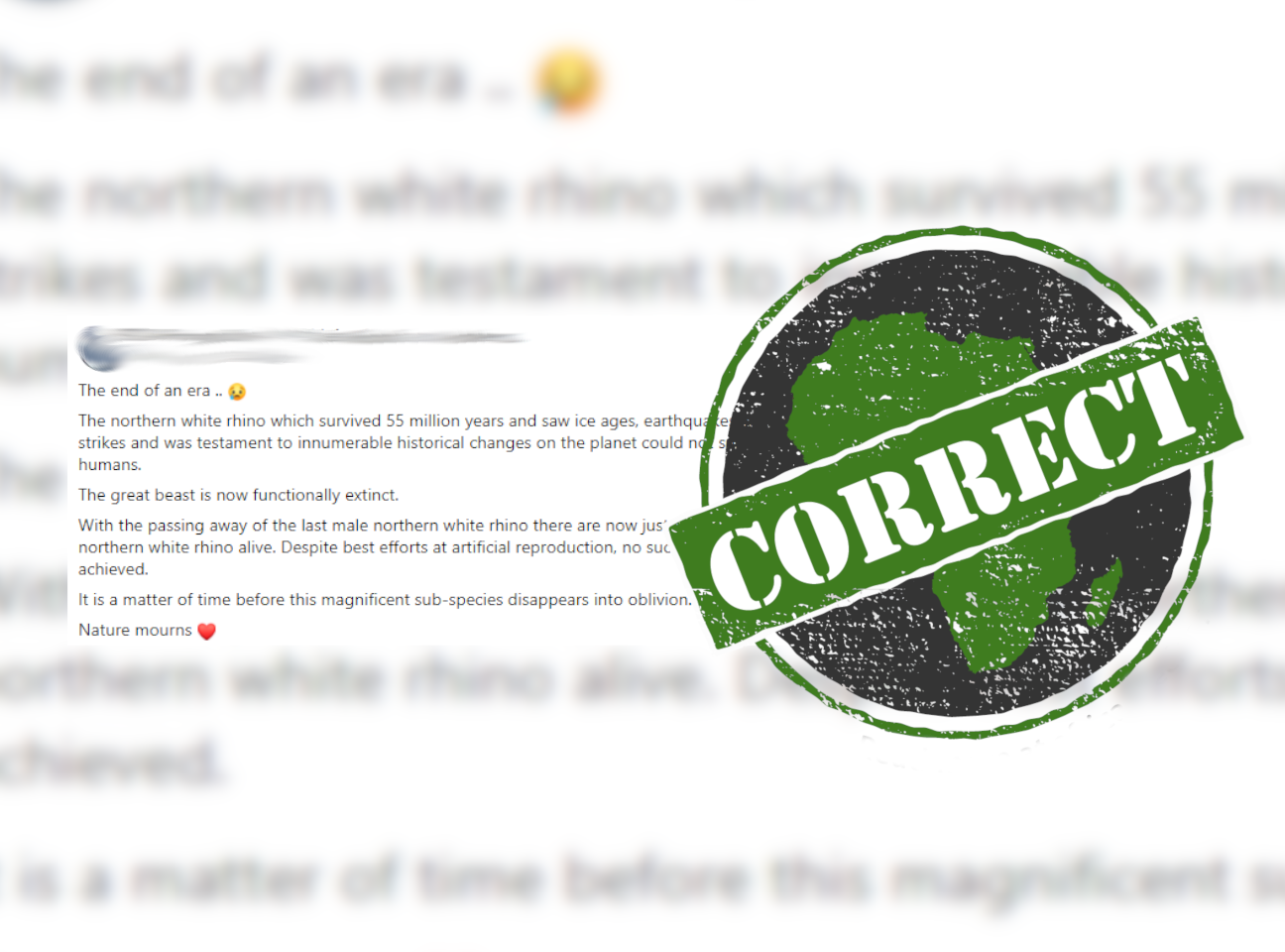 A “functionally extinct” species is defined as “one that may have a few individuals still living but will never recover.”

According to the African Wildlife Foundation, the last male northern white rhino, named Sudan, died on 19 March 2018 after being euthanised for humanitarian reasons. The species is native to Chad, the Democratic Republic of the Congo, Uganda, the Central African Republic and South Sudan. Its population has been decimated by rampant poaching caused by political insecurity and armed groups.

There are two northern white rhinos left, both females. One can’t conceive naturally. According to the UK Guardian, scientists are currently exploring stem cell research and frozen embryos as the last remaining options to save the species.