An image posted on Facebook in early March 2021 claims to show the difference in road maintenance between South Africa’s Western Cape and Eastern Cape provinces.

It includes a photo of a straight road running through green shrubland and up over a hill, with mountains in the distance. In the foreground the road is light grey and seemingly worn, streaked with what seem to be temporary fixes to the tarmac. The paint markings are faded and there are no emergency lanes on either side.

The road abruptly changes at a white sign that reads “Welcome to the Western Cape”. The paint is brighter, emergency lanes are in place and the tar looks almost brand new.

On the photo, the worn section of road is labelled “ANC – Eastern Cape” and the newer section “DA – Western Cape”.

Text at the top of the photo reads: “Border into the Western Cape. That is the DA difference ...”

Where was the photo taken? And is the difference between the road real? We checked. 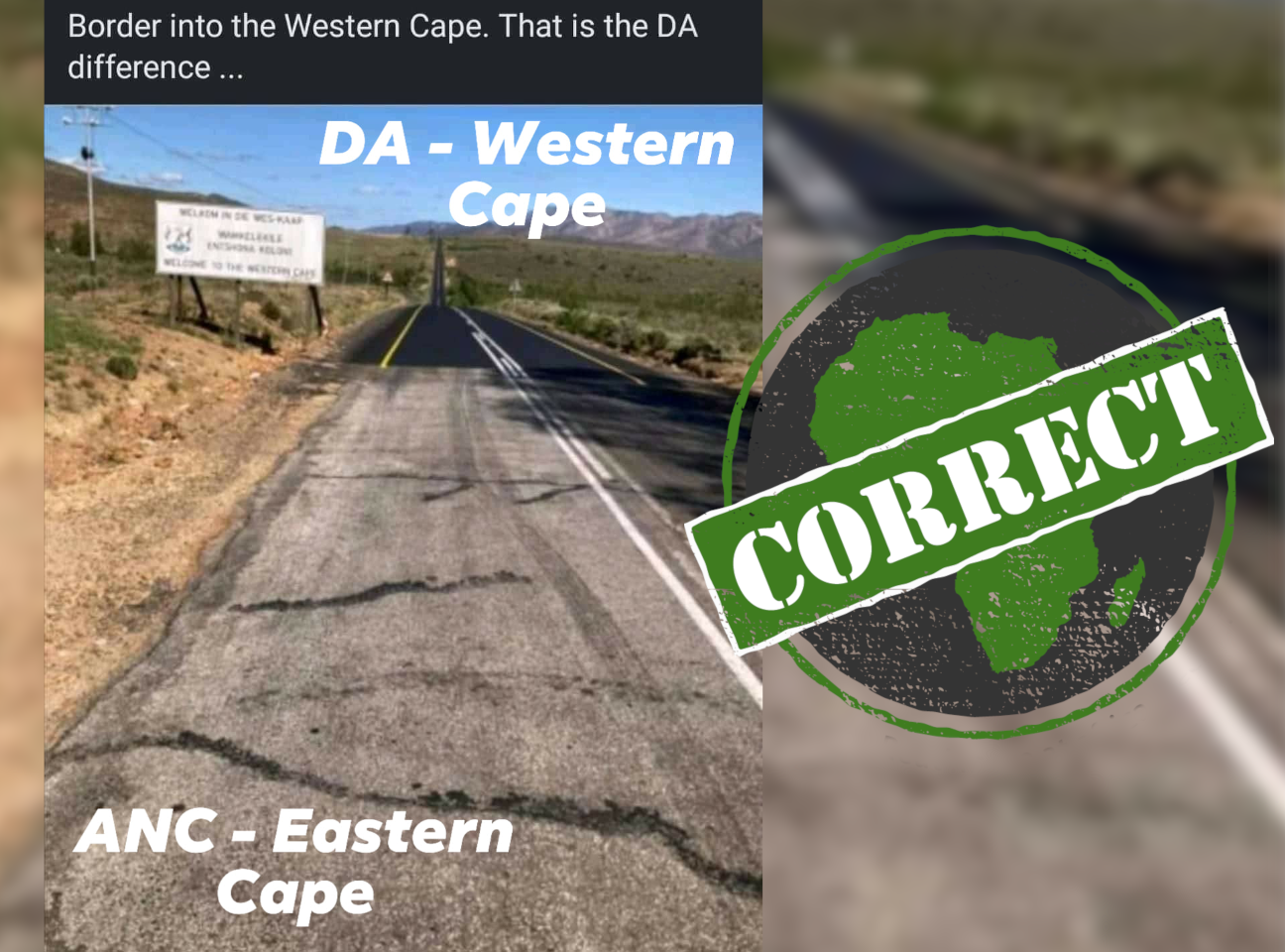 On Google Street View, we searched along the borders of the Western and Eastern Cape until we found an image that matched the photo.

It was taken on the R62 regional road at the border from the Eastern Cape into the Western Cape.

A number of similarities can be seen: the Street View image has the same white sign, green shrubbery and mountain range.

But the Street View image was captured in November 2009, likely before the photo in the Facebook post.

Since then, the road on the Western Cape side of the road seems to have been redone, with fresh tar and paint.

But even the 2009 capture shows the difference in the road. One side is light grey in colour and the other appears darker, as if tarred more recently.

The photo circulating on Facebook is real, and shows the R62 road at the border between the Eastern Cape and Western Cape.