IN SHORT: The 326-metre lift can carry tourists up the cliffside of a mountain in China’s Zhangjiajie National Forest Park in less than two minutes.

A photo of a massive elevator built into the side of a mountain has been attracting attention on Facebook in South Africa.

It’s been viewed a whopping 4 million times in just 24 hours. Its caption reads: “The Bailong elevator --- China, the highest outdoor elevator in the world. Tourists climb the mountain, 326 meters, in two minutes.”

It then links to a YouTube video that shows more of the lift.

But the claim is surprisingly true – the Bailong elevator exists, and is the tallest outdoor lift in the world. 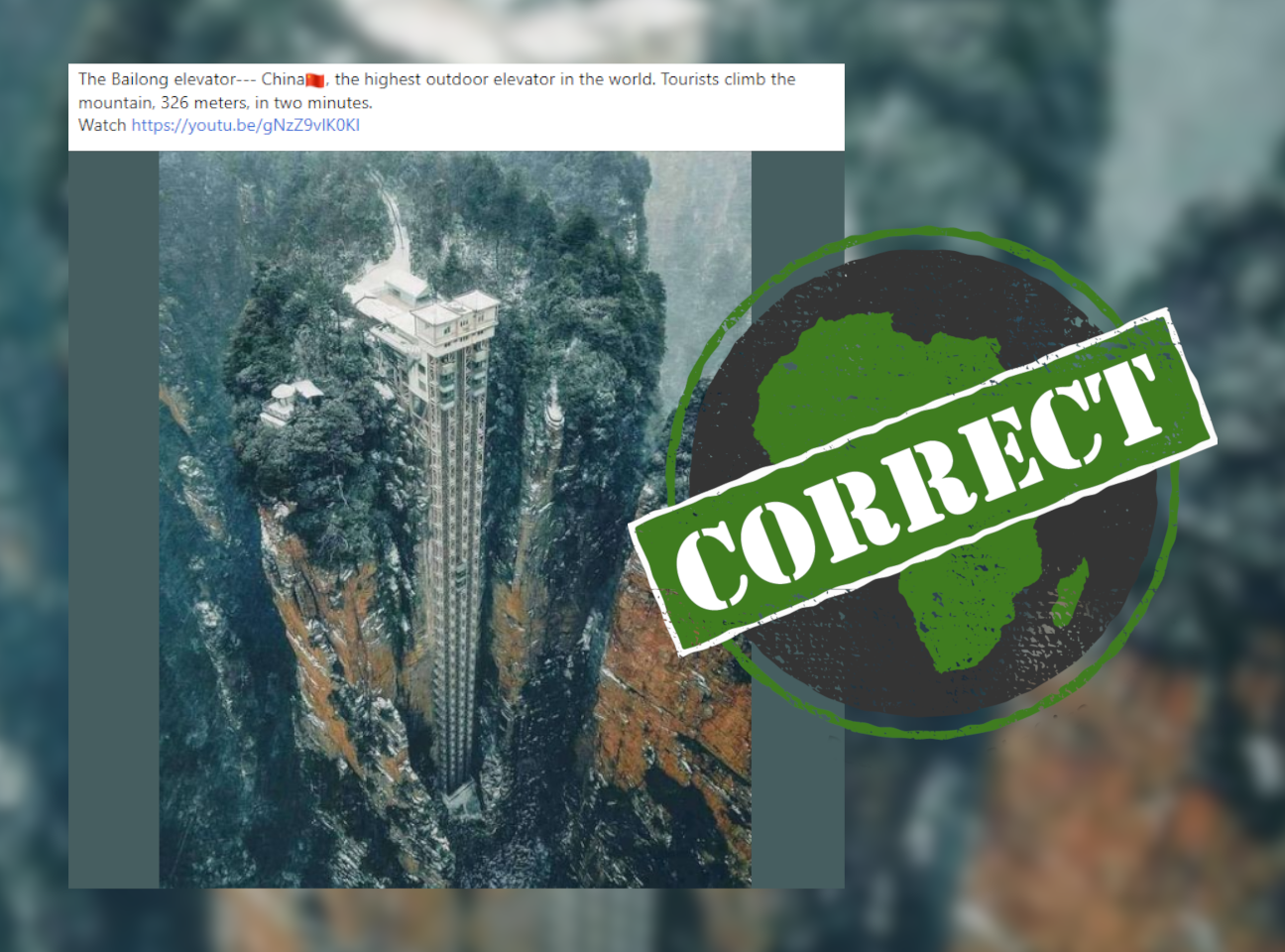 A Google reverse image search of the photo led us to an article by the National Parks Foundation, an official charity of the US government’s National Park Service.

The article discusses the Bailong elevator, confirming that it is real and located in the Zhangjiajie National Forest Park in Hunan province, southern China.

The lift is known in the area as “hundred dragons sky lift” and can carry tourists up 326 metres in less than two minutes, the article says.

The elevator was built on the side of one of the mountains in the park. The mountains resemble pillar-like rock formations and are a highlight of the park. 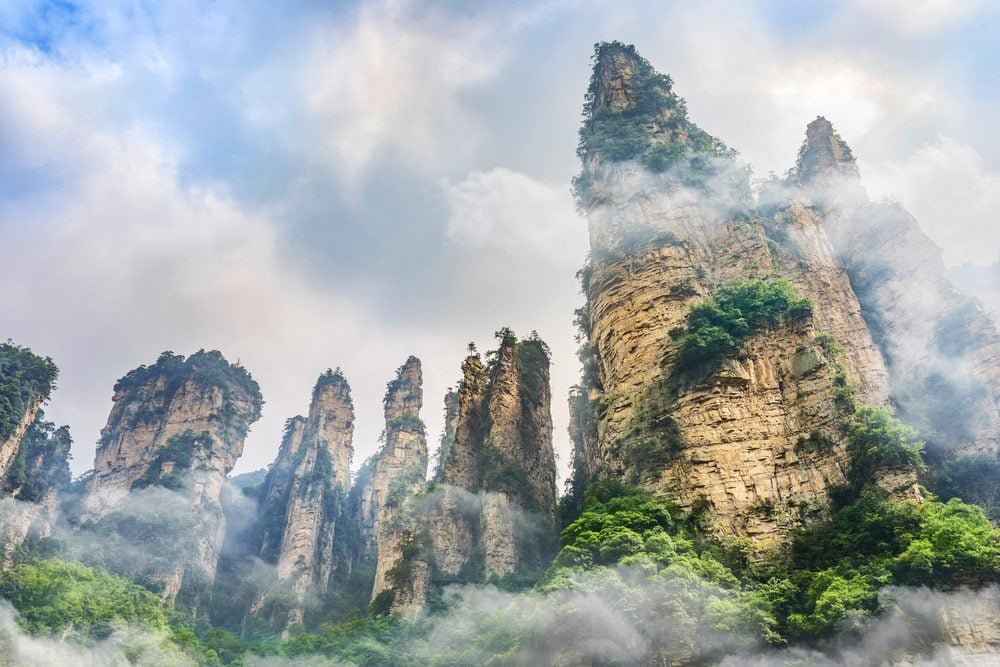 Photos of the outside and inside of the elevator can be seen on travel websites like TripAdvisor.

But is it the world’s tallest outdoor elevator?

Yes! On 16 July 2015,  the Bailong elevator was certified by Guinness World Records. An article by the organisation is headlined: “Breathtaking cliff face elevator in China recognised as world’s tallest outdoor lift”