Four photos of buildings covered in ice, inside and out, have been doing the rounds on Facebook in South Africa.

“Vorkuta in Russia is freezing like anything...!!! - 58 °C,” reads the caption to one of the posts sharing the photos.

Vorkuta is a city in northwestern Russia, in a coal-mining area. It was the site of forced-labour camps under the rule of Joseph Stalin.

But do these images show just how extreme Vorkuta’s climate is? Facebook’s fact-checking system has flagged the posts as possibly false, so we investigated. 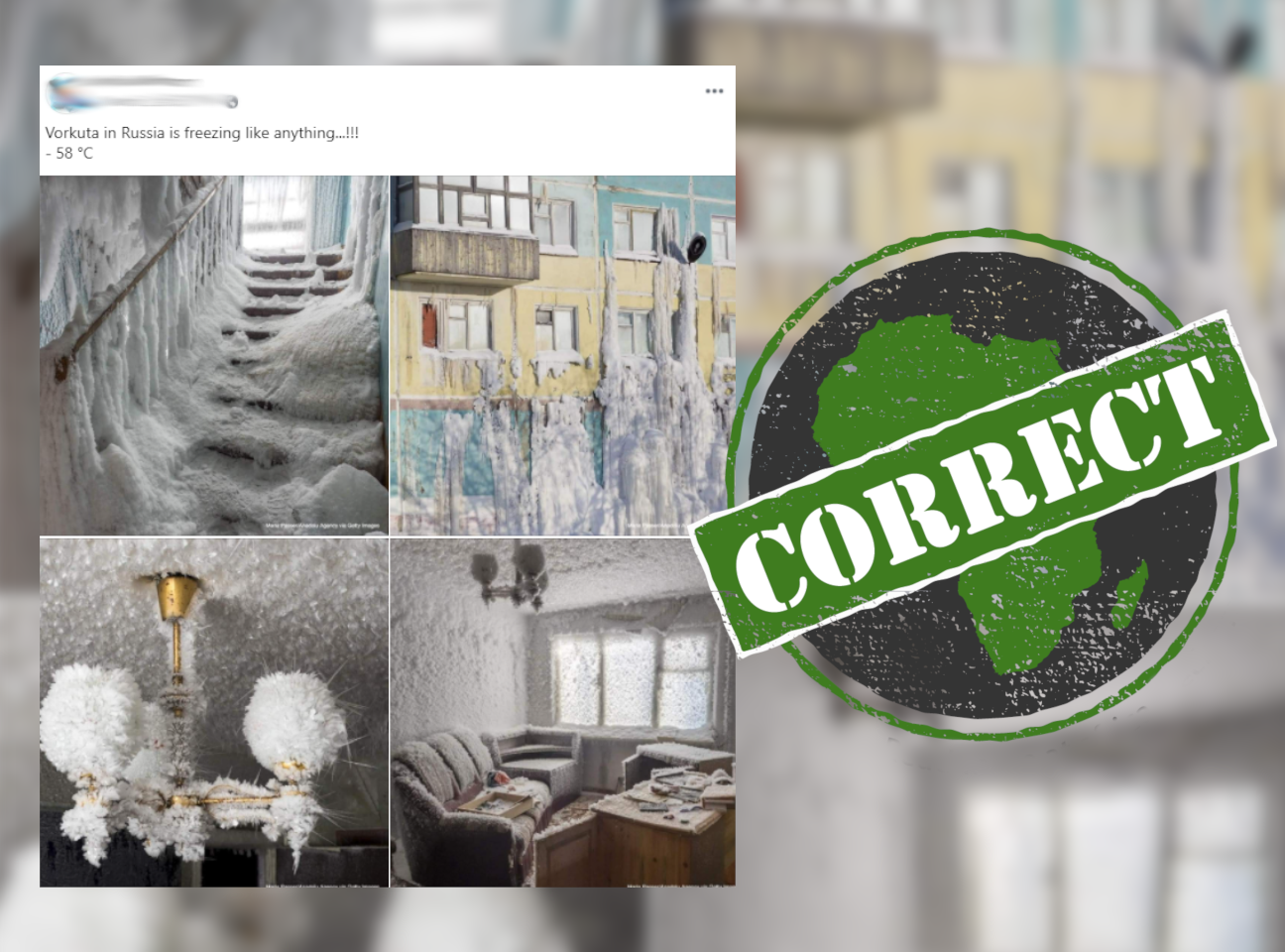 A reverse image search for the four photos led to the Getty Images profile of Moscow-based photographer Maria Passer. The four photos are in a collection of hers titled “Komi Republic, Russia – March 01”.

They are titled: “A view of snow and ice covered abandoned buildings in Severny region, 17 kilometers from coal-mining town Vorkuta, Komi Republic, Russia on March 01, 2021. Extremely cold weather in Vorkuta, temperatures as low as minus 50 degrees Celsius and unemployment increase the migration. Migration experienced every year in the region turned some settlements into ghost cities after 2013.”

The photos can also be found on Passer’s Instagram page.

News organisation CNN and other news organisations reported that Vorkuta was swathed in snow and ice following brutally cold temperatures, and all republished Passer’s photos.

How cold is cold?

Weatherbase, a database recording weather patterns and statistics, says that the average temperature for the coldest months in Vorkuta are around -20°C.

The lowest recorded temperature for the city was -52°C, recorded in December.

Passer told CNN it was -38°C when she took the photos. Posts on social media might have exaggerated how cold it gets in Vorkuta, but the photos are from northwestern Russia as claimed.