“I thought I’ve seen it all” reads a Facebook post shared widely in South Africa, “until the ANC unveiled a tap in the Eastern Cape”.

The post shows several photos of a number of people posing excitedly next to what looks like a simple water spout set into a block of muddy cement.

But what’s the context to these photos? Do they really show members of South Africa’s ruling political party, the African National Congress, “unveiling” a single tap in the country’s Eastern Cape province? 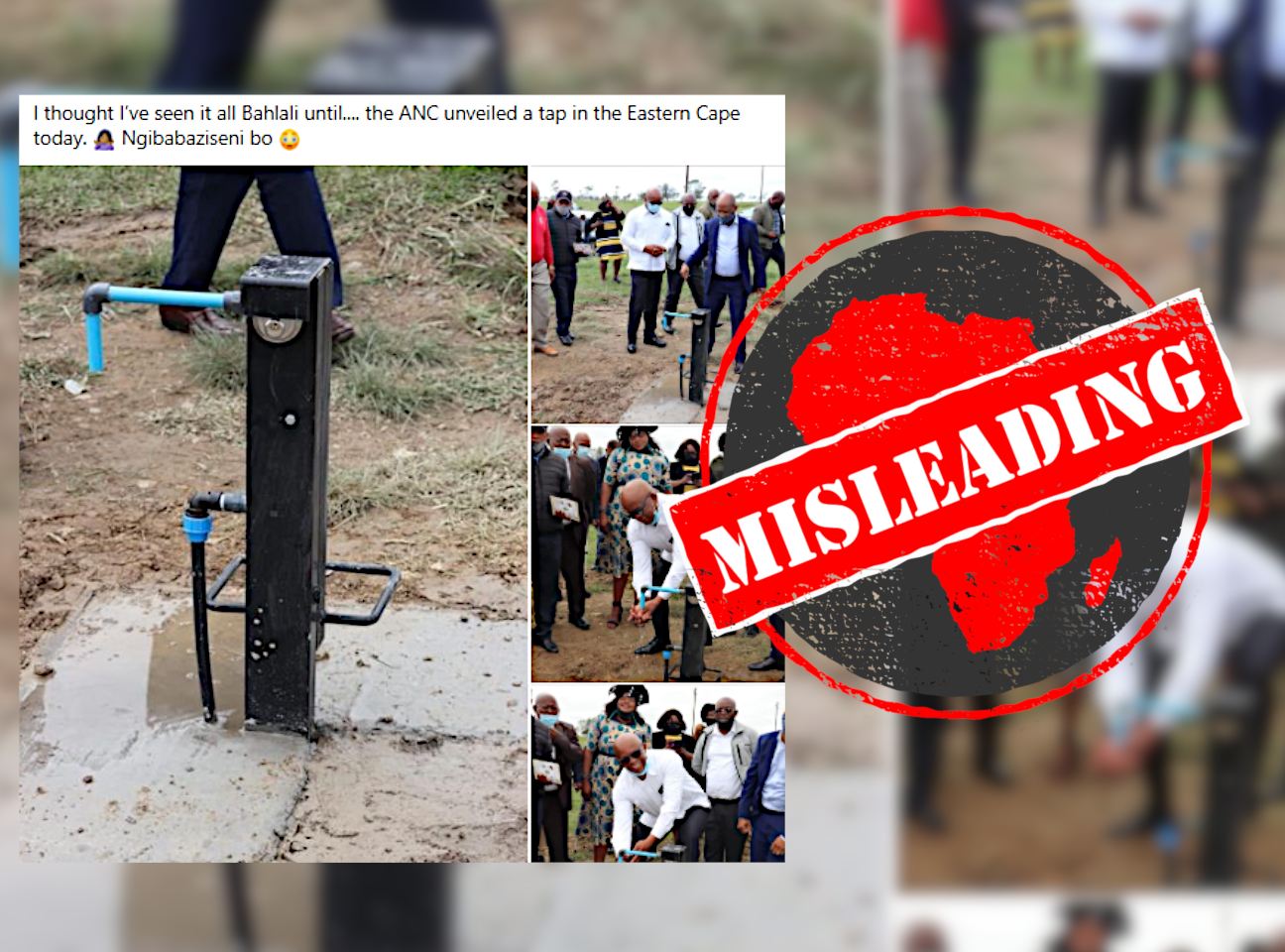 Among them was Mmusi Maimane, former leader of the Democratic Alliance opposition party.

Maimane tweeted in response to the photos: “This is very embarrazzzing. Are they not embarazzzed??”

More than ‘a tap’

The tap shown is just one of 200 taps and eight concrete basins officially handed over on 20 November 2020. All were intended to be used to improve hygiene during the Covid-19 pandemic.

The taps and basins were presented by the Eastern Cape department of cooperative governance and traditional affairs in the Amahlathi and Enoch Mgijima municipalities.

So there was more than one tap being unveiled, even if only one is shown in the photos.

And the taps are foot-operated, to help keep community members safe during the Covid-19 pandemic.

Installed by government in partnership with other organisations

Xolile Nqantha, current member of the executive council at the Eastern Cape cooperative governance department, presented the taps. Nqantha is a member of the ANC, the ruling party in the municipalities where the taps were installed.

But the project was not solely a government initiative. According to the department of cooperative governance press release, it was also supported by several non-governmental organisations.

These include the charitable business coalition National Business Initiative, infrastructure development group the Development Bank of South Africa, and the Poul due Jensen Foundation, the philanthropic wing of pump manufacturer Grundfos. – Keegan Leech