Photos posted on Facebook show sawn-off trunks of trees with what looks like red blood running from under the bark.

“Bloodwood Tree (pterocarpus angolensis), the tree that bleeds like a human in South Africa, Angola, Mozambique, Namibia, Eswatini, Tanzania, Zaire, Zimbabwe, and Zambia,” the caption reads. “It's a protected tree in South Africa.”

But Facebook’s fact-checking system has flagged the post as possibly false. Is it? We investigated. 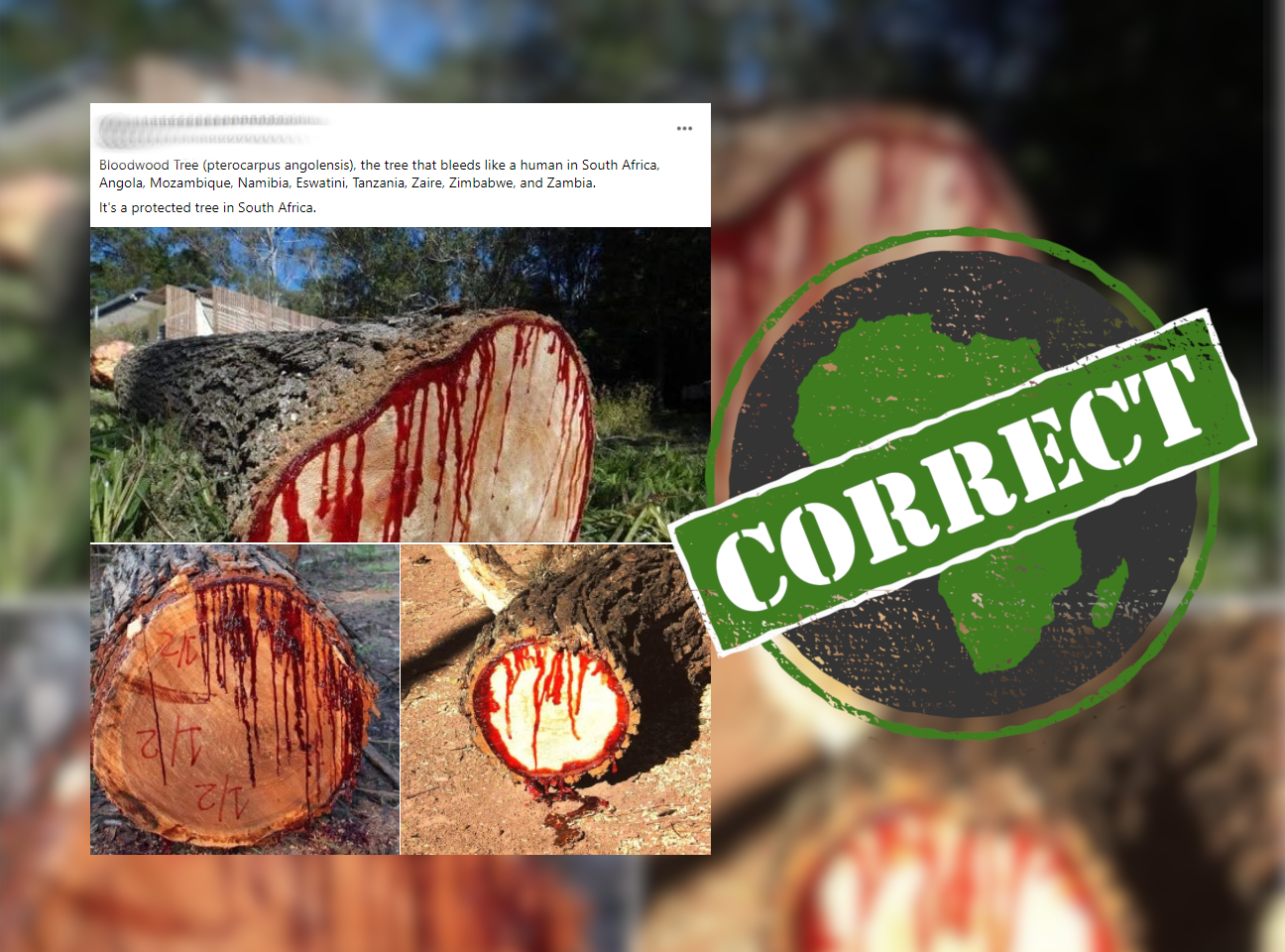 Sap used as a dye and in cosmetics

The bloodwood tree does exist and reaches around 15 metres in height, says the South African National Biodiversity Institute (Sanbi).

Many images of the bloodwood tree can be found on Shutterstock, showing sap that closely resembles blood.

The tree’s botanical name is Pterocarpus angolensis, Sanbi says, but it has several common names.

The institute also says that the bloodwood tree grows mainly in the warm, frost-free areas “in the northeast of the country, extending into Zimbabwe, northern Botswana, Mozambique and Namibia and northwards into other parts of Africa”.

“It grows in bushveld and woodland where the rainfall is above 500 mm per year, and it favours rocky slopes or well-drained, deep, sandy soil.”

The tree has many uses, Sanbi says. Its red sap is used “as a dye and in some areas mixed with animal fat to make a cosmetic for faces and bodies”.

Some also believe that the tree has “magical properties for the curing of problems concerning blood, apparently because of its close resemblance to blood”.

The bloodwood tree is protected in South Africa, listed among the protected tree species of the National Forests Act, 1998 (Act 84).

Yes, manchineel tree is the world’s ‘most dangerous’