A graphic shared to Facebook in South Africa and the US makes a tempting claim, particularly to students from countries where attending university can be financially crippling.

Below a photo of an old stone building text reads: “Norway will allow any student from anywhere in the world to study at their Public Universities completely free of charge.”

The graphic was shared to a public group about travelling with more than 21,800 members. But Facebook’s fact-checking system has flagged it as possibly false. We did some research. 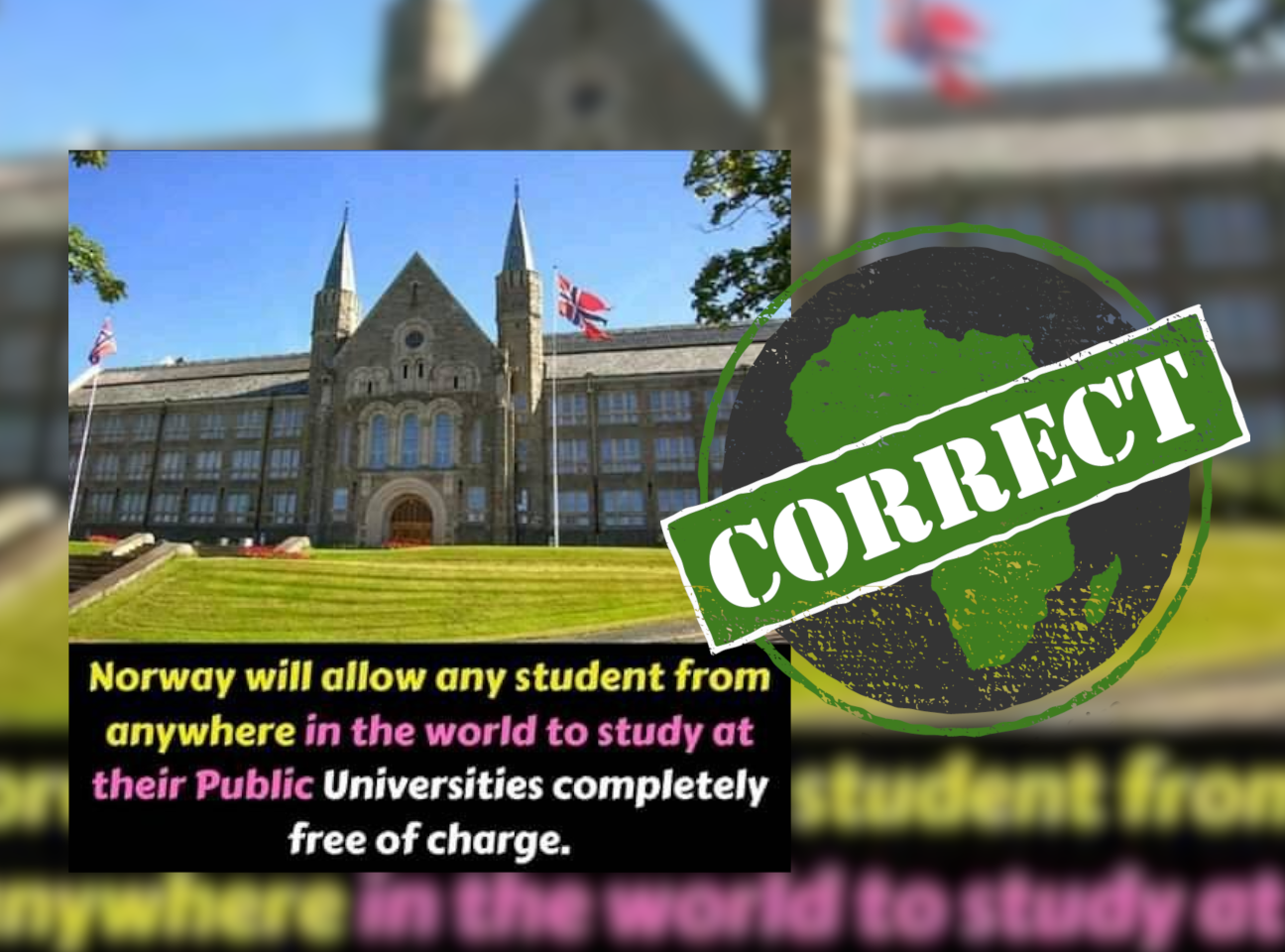 The Norwegian embassy in Pretoria, South Africa, directs those interested in studying in Norway to the dedicated website, Study in Norway.

Under a section on tuition fees, the truth of the message shared on Facebook is confirmed. It reads: “The majority of Norwegian universities and state university colleges are publicly funded … as a rule, Norwegian public institutions do not charge tuition fees. This also applies to international students, no matter which country you come from.”

However, prospective students are cautioned to “take into consideration that Norway is a high-cost country and living expenses are high”. In order to receive a student residence permit, students from outside of the European Union need to be able to prove they have the funds to support themselves.

But the cost of living is off-set by the country’s public tertiary institutions not charging any tuition fees.