IN SHORT: The 2022 electoral duel between Kenya’s two largest parties went right down to the wire. A meeting between two of the presidential hopefuls was therefore newsworthy. But a popular Facebook page sharing the news is not what it claims to be.

A Facebook page calling itself “Ramogi TV News” has been posting news reports in Kenya’s Dholuo language to its more than 59,000 Facebook followers.

It describes itself as “Kenya's dholuo Tv station”. Dholuo is spoken mainly by the Luo community living in western Kenya.

The two were on opposite sides during Kenya’s August 2022 general election.

The post shared what looks like a screenshot from Ramogi TV’s sister station, Citizen TV, showing the following quote, presumably translated into Dholuo in the caption: “RIGATHI GACHAGUA: We have tremendous respect for our senior citizens. I was delighted this morning to have a tete a tete with our senior citizen former Prime Minister Rt Hon Raila Amolo Odinga in Mombasa.”

The coastal city of Mombasa is Kenya’s second largest.

Africa Check has previously exposed Facebook pages that impersonated organisations and public figures. Is this another example? 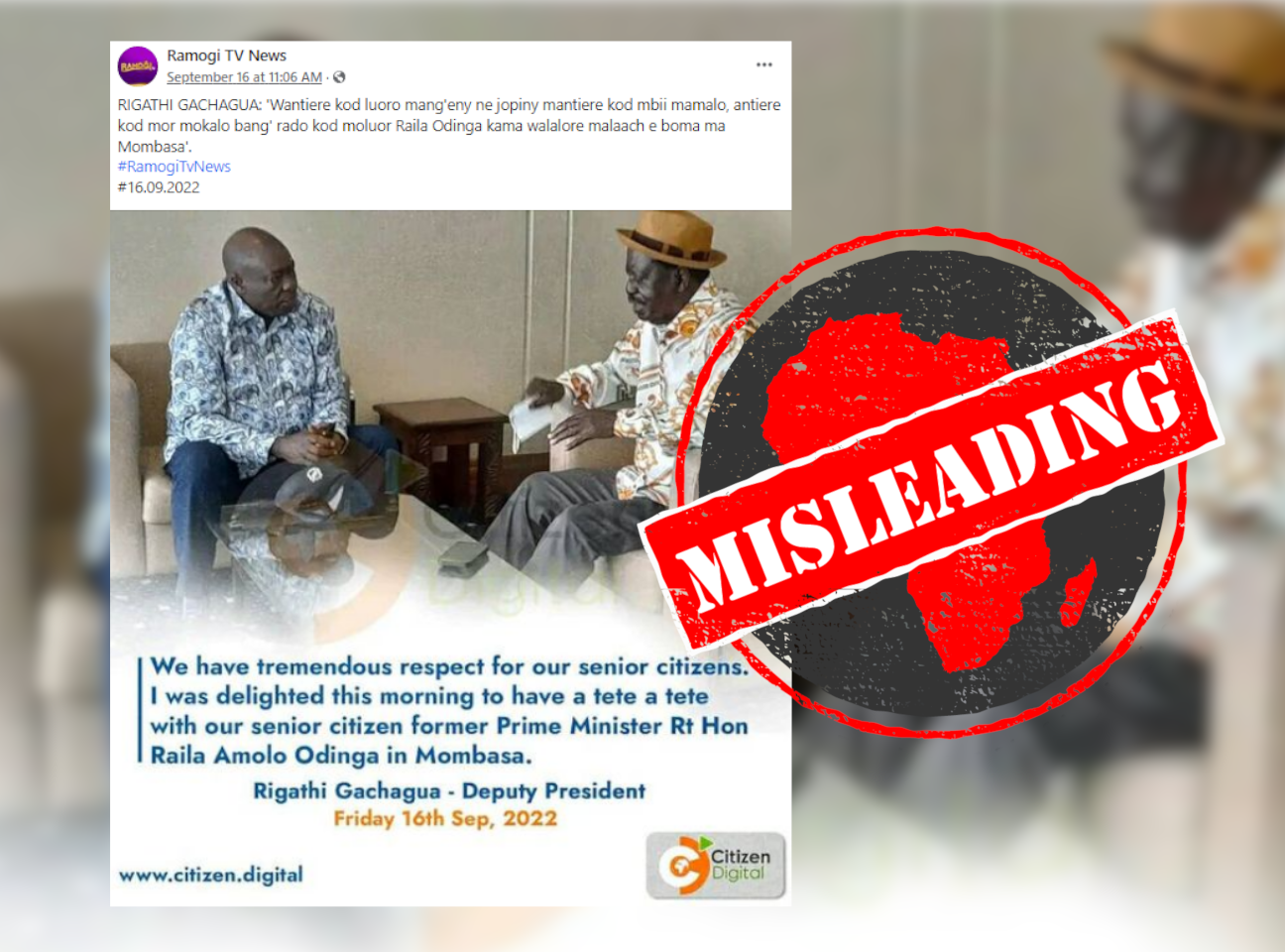 The meeting between Gachagua and Odinga did happen. Odinga’s side said it was a chance meeting and the pair only exchanged pleasantries, while a quote attributed to Gachagua’s team is word for word as claimed in the Facebook post.

But the page posting the quote is unverified. Its page transparency section showed that it was created on 24 November 2021 under the name Ramogi TV.

On 30 November, it changed its name to Ramogi TV News.

The real Ramogi TV Facebook page has Facebook’s blue verification badge and was created on 12 October 2015.

Ramogi TV also posted a screenshot of the imposter “Ramogi TV News” and stamped it “FAKE”. The quote may be accurate but it wasn’t published by Ramogi TV.