“South African politician and businessman Tshekedi Pitso was buried inside his favourite car, a Mercedes-Benz,” claims a screenshot of a social media post doing the rounds on Facebook in February 2021.

“Pitso was dressed in a white suit with his hands on the steering wheel of the Benz and seatbelt buckled when he was lowered into his grave.”

The screenshot includes a photo taken through a car window of a figure in the driver’s seat. Two more photos show a shrouded car being lowered into a large hole in the ground.

Pitso was active in the Eastern Cape province branch of the United Democratic Movement political party.

But Facebook’s fact-checking system has flagged the screenshot as possibly false. Was Pitso buried in his favourite car? We investigated. 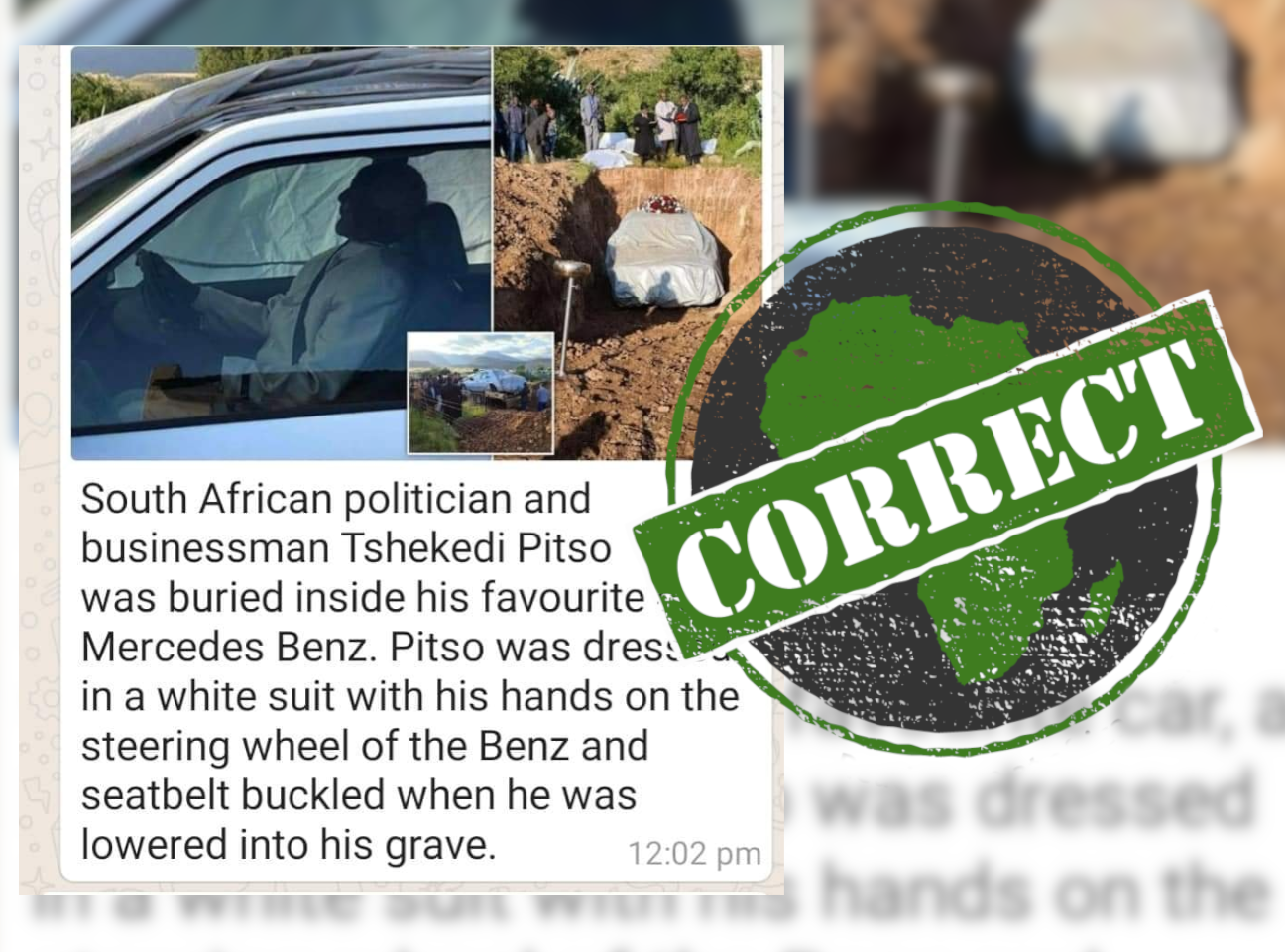 ‘Even wearing a seatbelt’

Both local and international news outlets reported on Pitso’s unusual burial in the Eastern Cape on 28 March 2020. And photos of the funeral lit up social media.

“South African politician gets buried inside his favourite car, a 1980s Mercedes-Benz E-class,” Yahoo News reported at the time.

News24 said Pitso was smartly dressed in a white suit before being placed in his Mercedes-Benz for burial.

“Photos of the ceremony show Pitso behind the wheel of his car as the vehicle is mechanically moved toward the hole in the ground,” News24 reported. “He is positioned in a way to resemble him driving and is even wearing a seatbelt.”

Family members also tweeted photos of the funeral. And plenty of videos confirm that the event took place.