“Does Cyril Ramaphosa own Mcdonalds?” reads a question in a post on Instagram being shared in South Africa in April 2021.

The post includes a screenshot, which appears to be from the Wikipedia entry for South Africa president Cyril Ramaphosa. It reads: “He is one of South Africa’s richest men, with an estimated wealth of R6.4 billion ($450 million). In 2011, Ramaphsa paid for a 20-year master franchise agreement to run 145 McDonald’s restaurants in South Africa.”

In October 2020 South African news organisation Times Live put Ramaphosa’s net worth to be around US$550 million, or R9.1 billion.

But does the president own 145 McDonald’s franchises in the country? We checked. 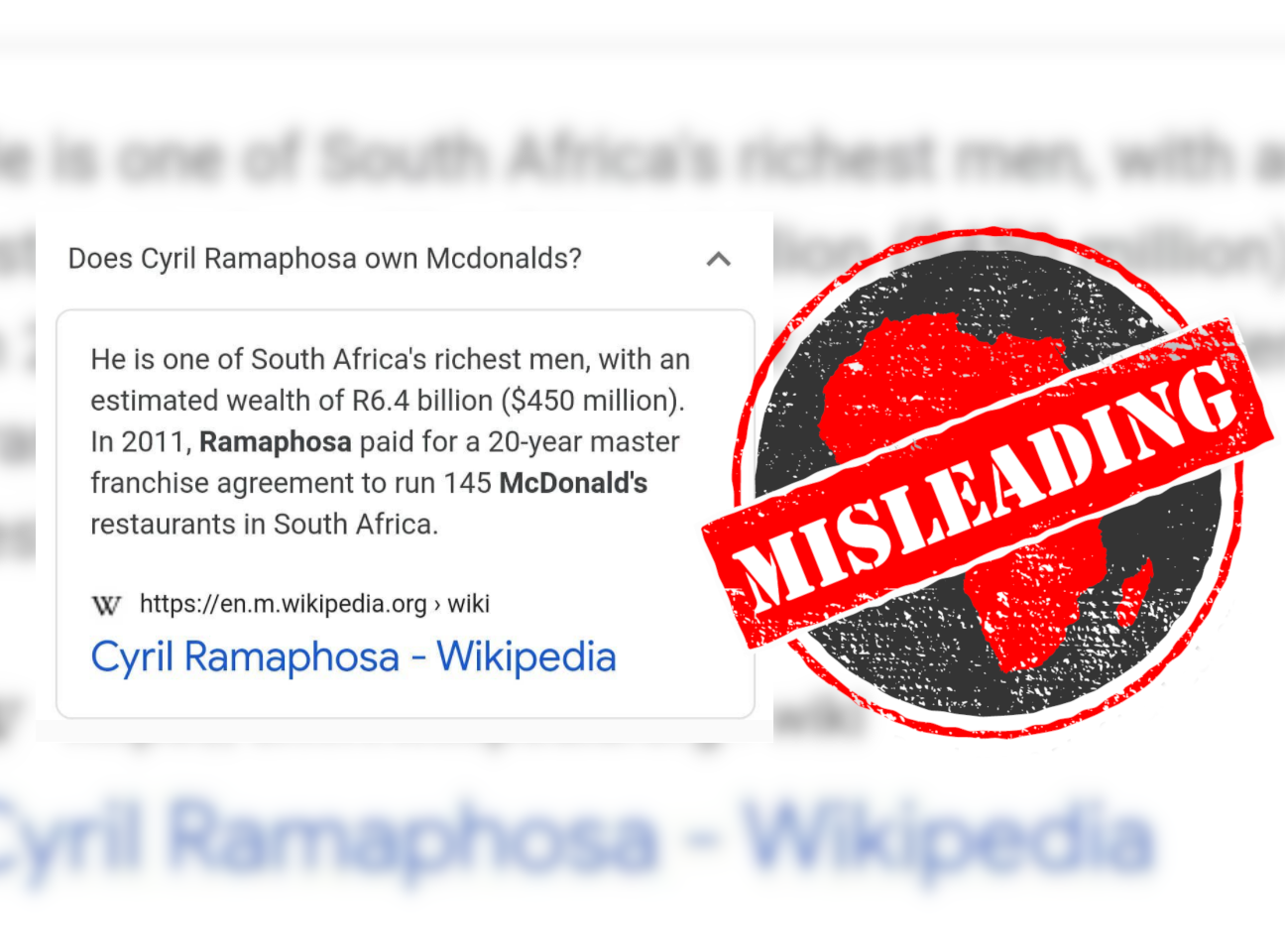 Ramaphosa and McDonald’s agreement from 10 years ago

In 2011 the BBC reported that Ramaphosa had taken over “the McDonald's fast-food chain in the country”.

At the time, the BBC said Ramaphosa had been awarded a 20-year agreement “to run the 145 McDonald's restaurants in South Africa”.

The story was also reported by the Africa Report and MoneyWeb.

There are photos online of Ramaphosa eating at McDonald’s and speaking with a Mcdonald’s president after signing the agreement.

Five years later, in September 2016, there were multiple reports that Ramaphosa had sold the franchise in South Africa.

News radio station 702 said the competition commission had announced the sale of the McDonald’s franchises to MSA Holdings, a company based in the United Arab Emirates. This was also reported in an interview on EWN.

The sale was also reported by News24 and World Franchise Associates.

According to PitchBook, a financial data and software company based in the UK and US, there were 200 McDonald’s franchises in South Africa in 2021, owned by parent company MSA Holdings.

So yes, Ramaphosa once owned all the McDonald’s franchises in South Africa but he sold them in 2016, some time before he became president in February 2018.