“The Atlantic Ocean was known as Ethiopian Ocean until the 19th century,” reads text on a graphic posted on Instagram in April 2021.

It includes what looks like a part of an old map showing the western coastline of Africa, the ocean labelled “Aethiopian Ocean”. 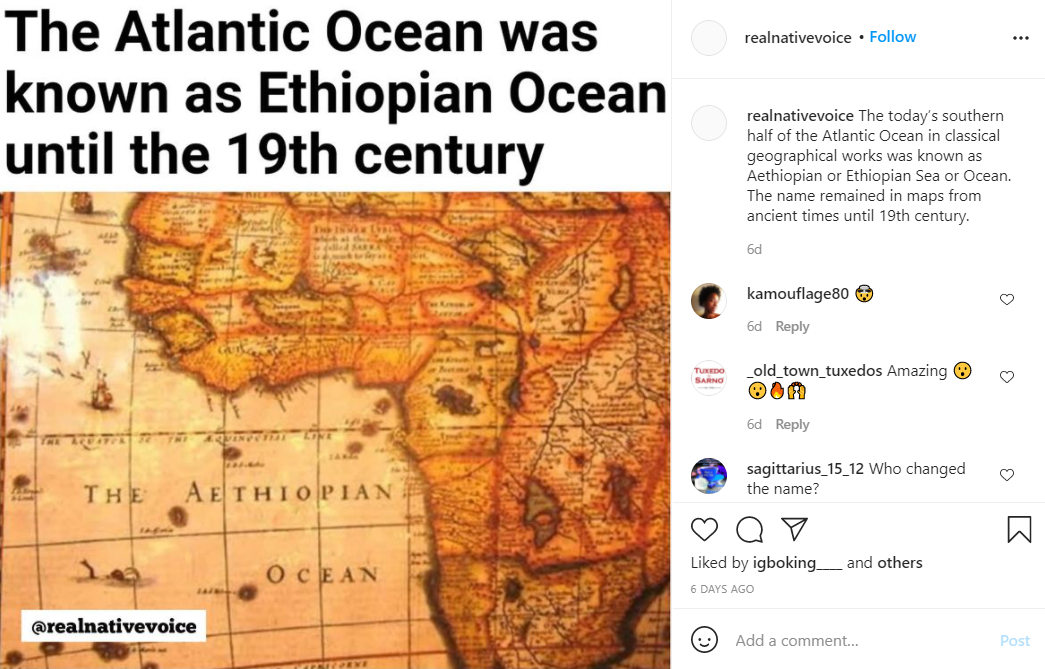 The graphic’s caption adds: “Today’s southern half of the Atlantic Ocean in classical geographical works was known as Aethiopian or Ethiopian Sea or Ocean. The name remained in maps from ancient times until 19th century.”

But a comment on the post points out: “Totally great, except Ethiopia is on the other side of the continent!”

Ethiopia is a country in the Horn of Africa, on the eastern side of the continent. Is it true that the Atlantic Ocean, on Africa’s west coast, was once called the Ethiopian Ocean? 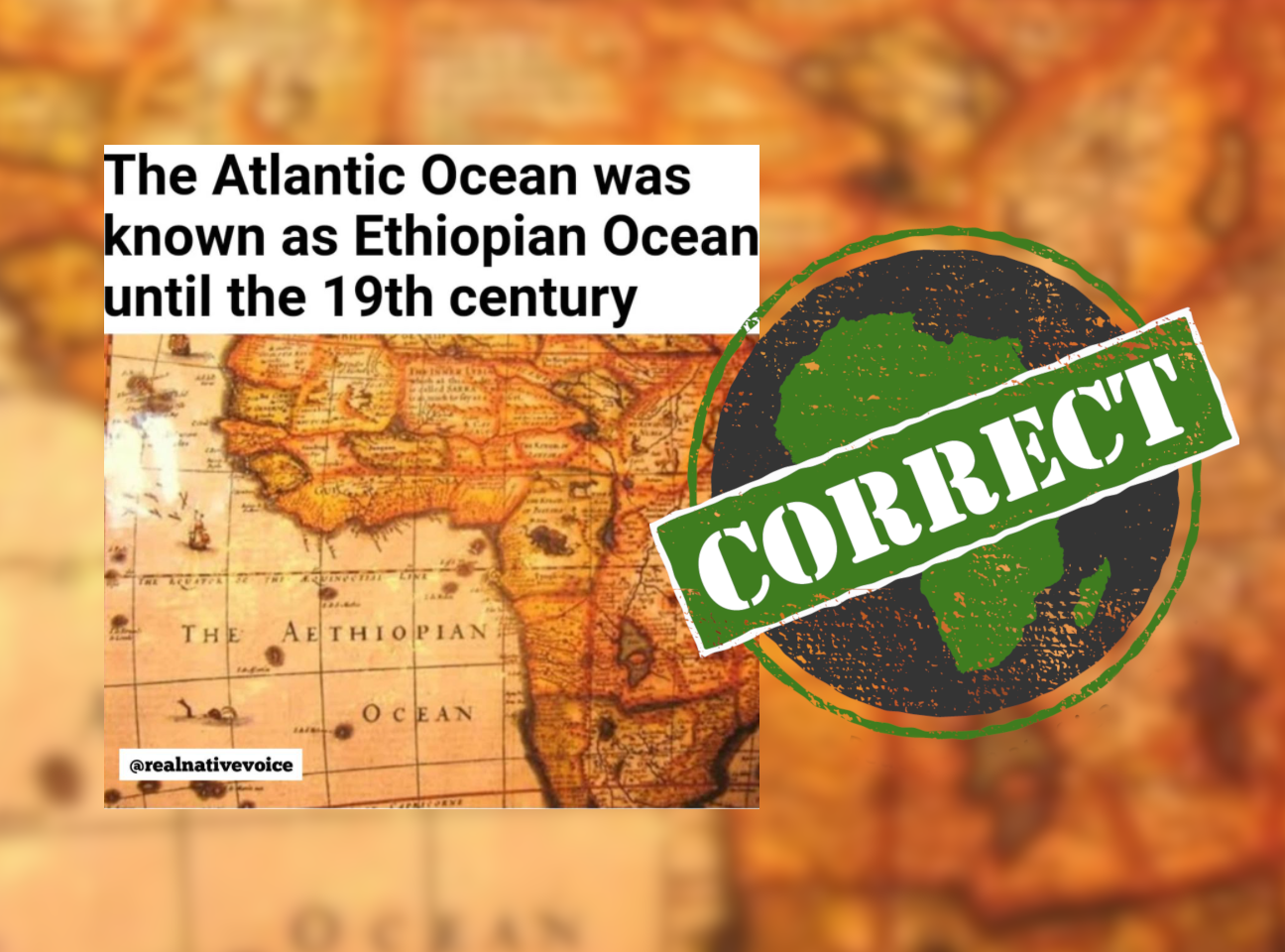 Ethiopia is one of the oldest countries in the world. Its name derives from the ancient Greek “Aethiopia”, which Europeans used to describe various parts of Africa. It is mentioned several times in both the Iliad and the Odyssey, ancient sagas said to be written by Homer more than 2,000 years ago.

In 2014, Princeton University in the US held an exhibition of its library collection of old maps of Africa produced by European mapmakers from 1541 to 1880. The exhibition remains online.

A misshapen 1554 map from the collection doesn’t name any of Africa’s oceans, and roughly labels the western region of today’s Nigeria, Niger, Chad and Cameroon as “Aethiopia”. (It also says “monoculi” – one-eyed people – live there.) 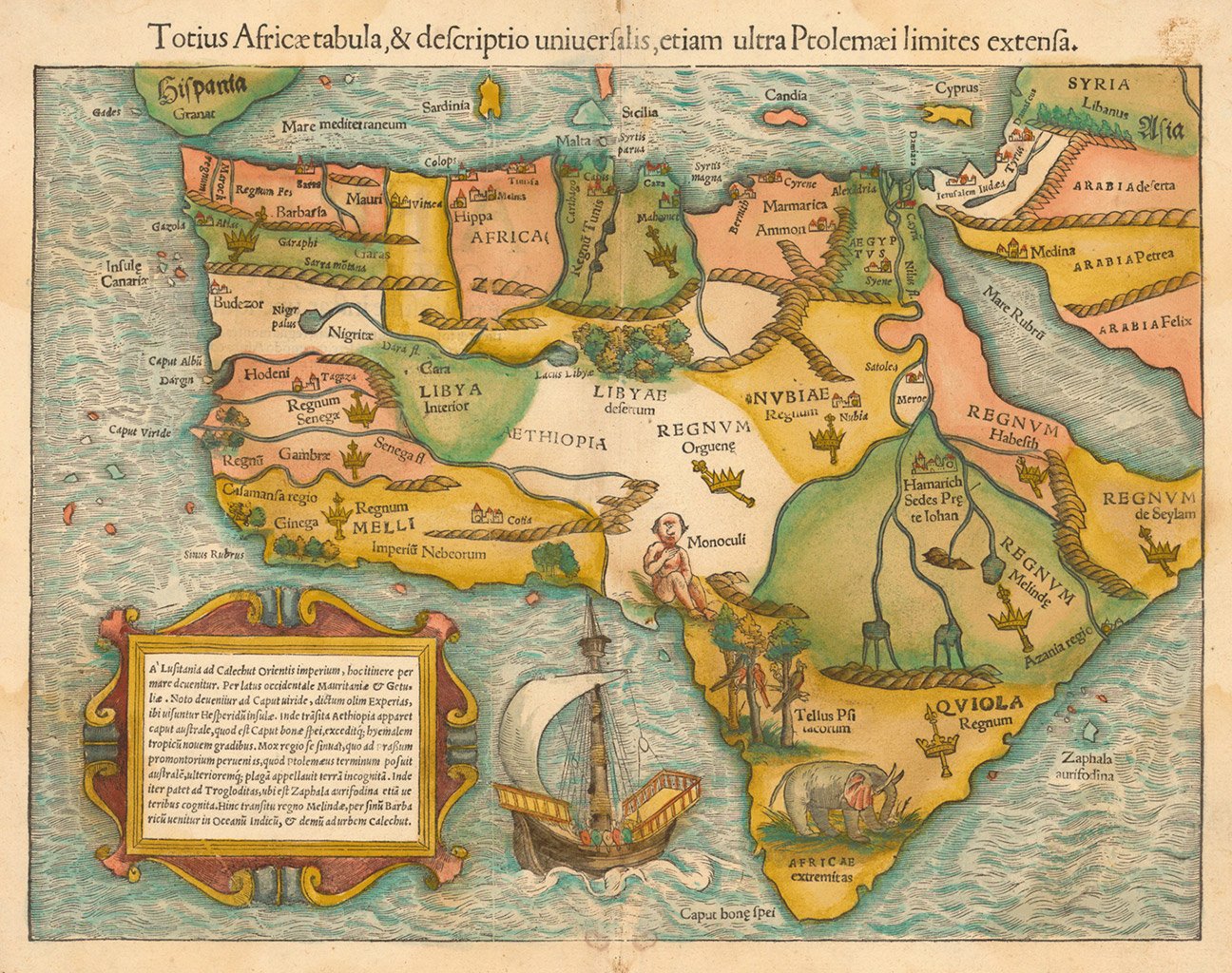 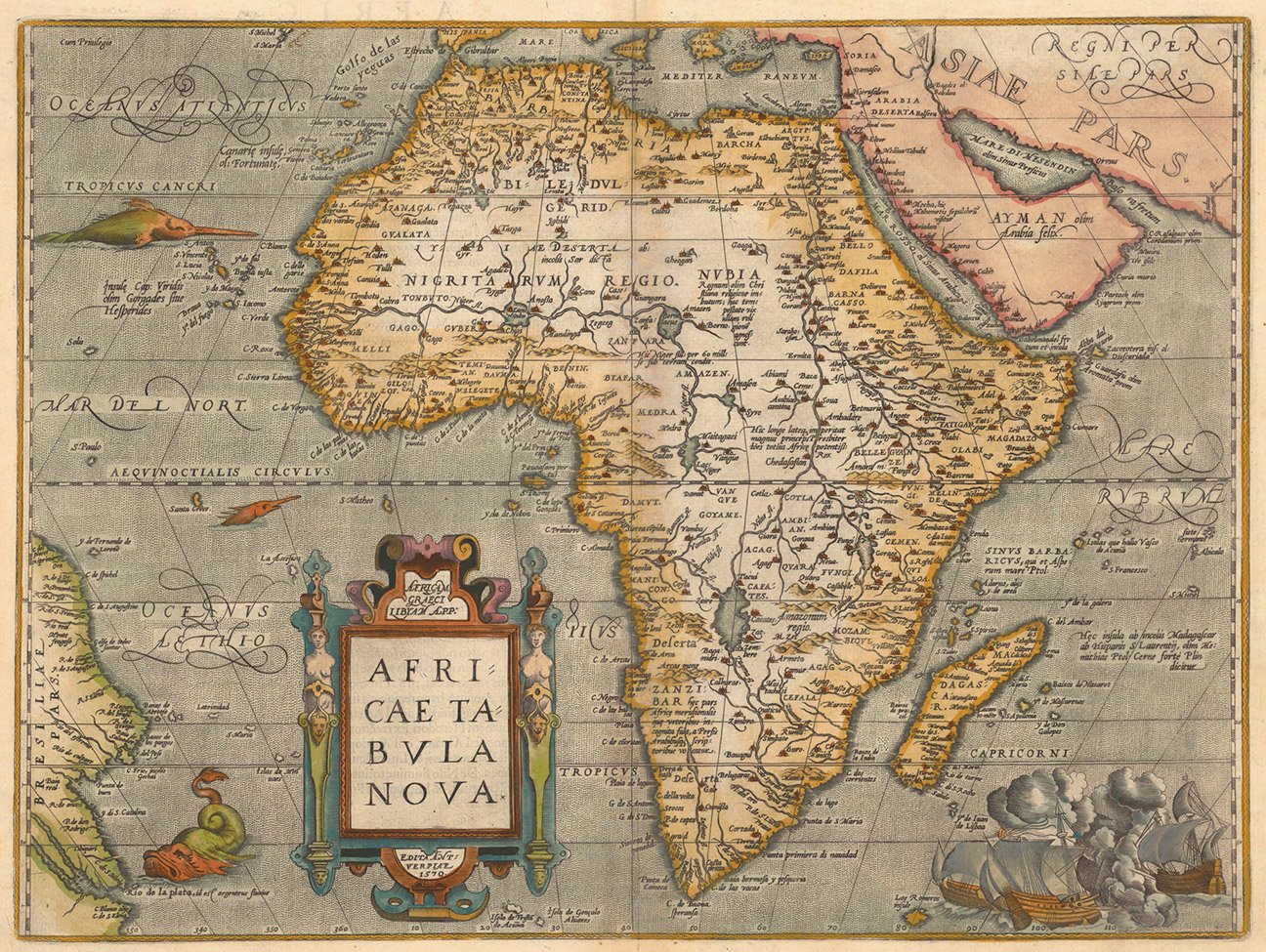 The next map in the online Princeton collection is from 1644. Again, the Ethiopian Ocean is west of Africa and south of the equator. The waters north of the equator are named “Mare Atlanticum” – the Atlantic Sea. A sea is generally understood to be smaller than an ocean. 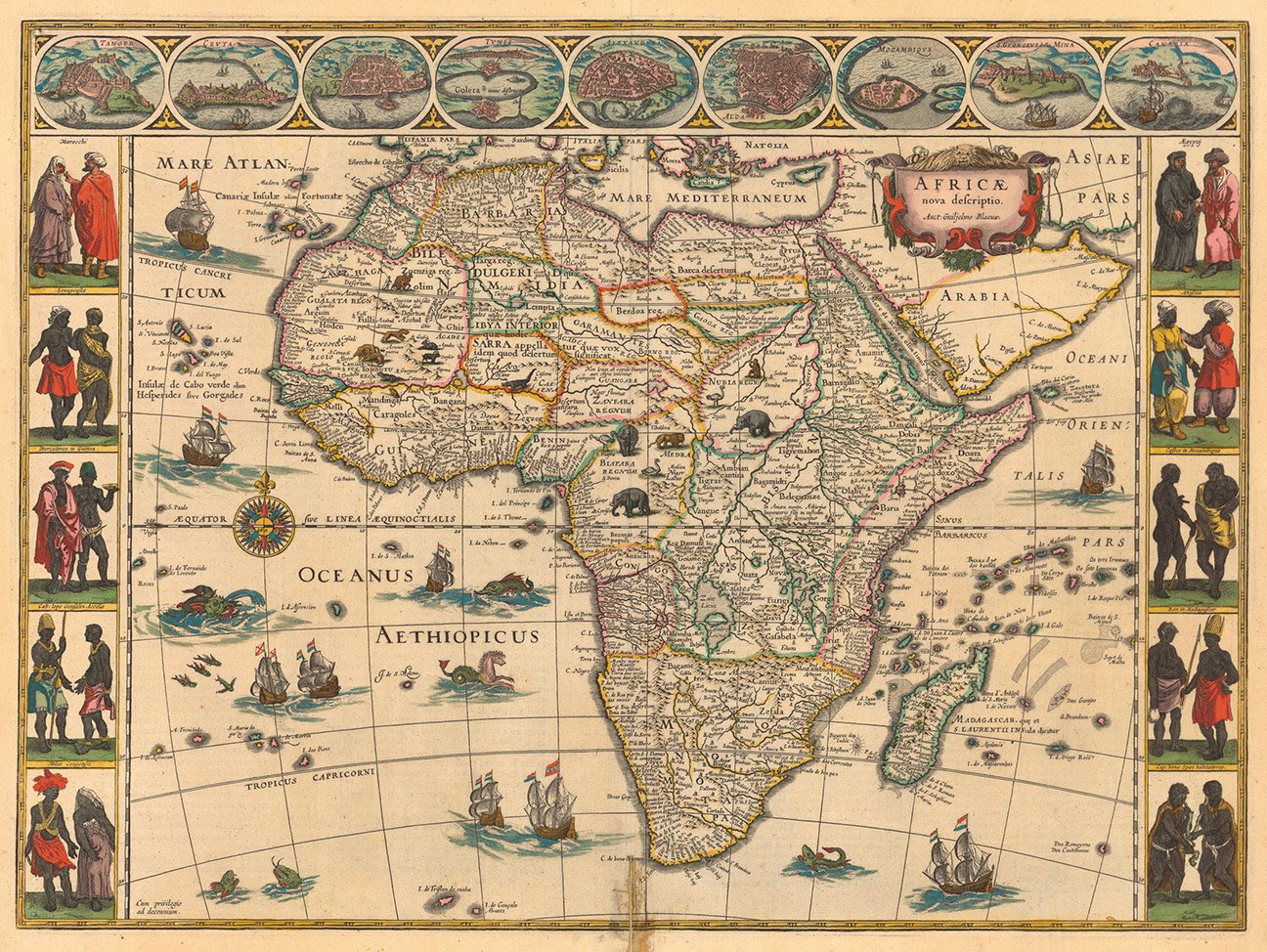 The Ethiopian Ocean starts to disappear in a map dated 1710. Here, the coastal region from Africa’s western bulge to its southern tip is the “Ethiopian Sea”. Everything west of that, north and south of the equator to a coastline identified as “part of Brasil”, is the Atlantic Ocean.

On the map, almost all of central Africa – but not today’s Ethiopia – is labelled: “ETHIOPIA this Country is wholly Unknown to the EUROPEANS”. 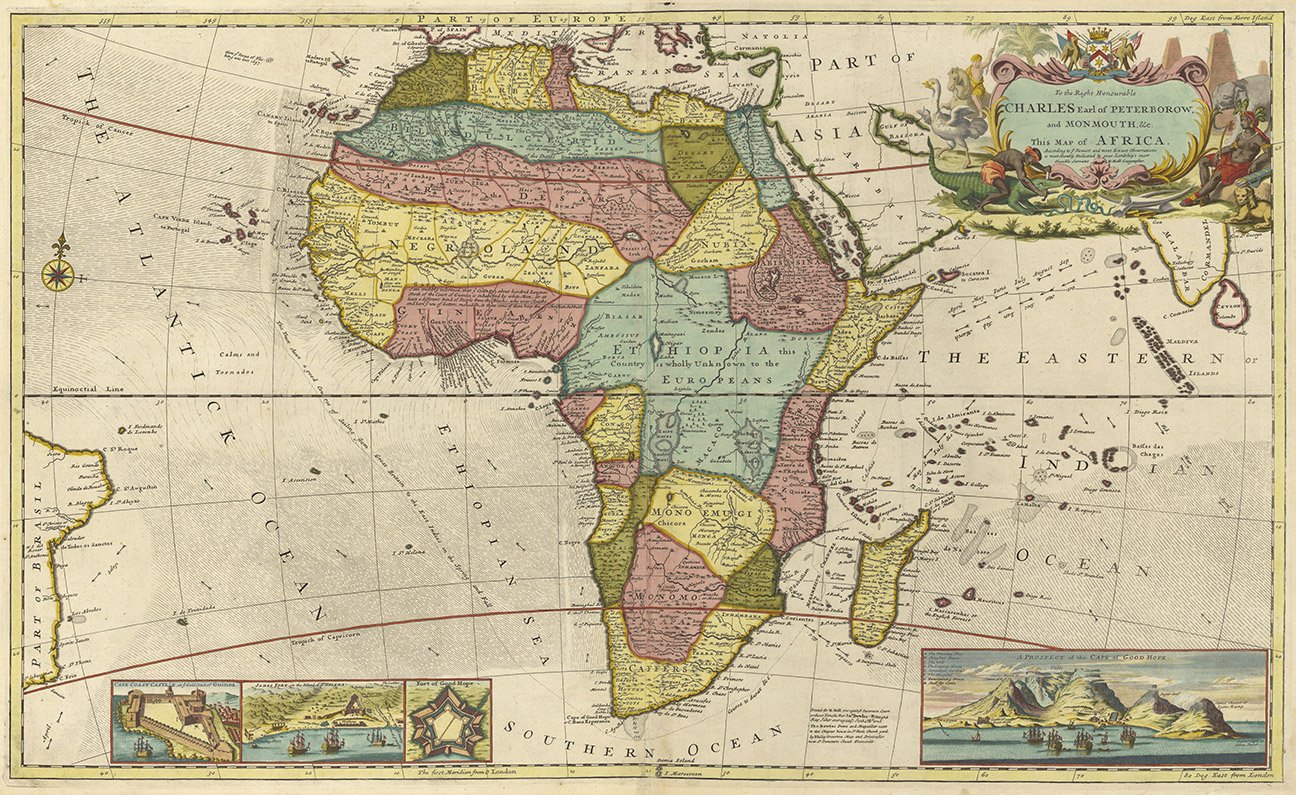 The Ethiopian Ocean does not appear in any of the later maps in the Princeton collection, which date from 1737 to 1880. A slight exception is a French map from 1787, which labels the ocean south of Africa as “Ocean Meridion ou Ethiopien” – the Meridian or Ethiopian Ocean. 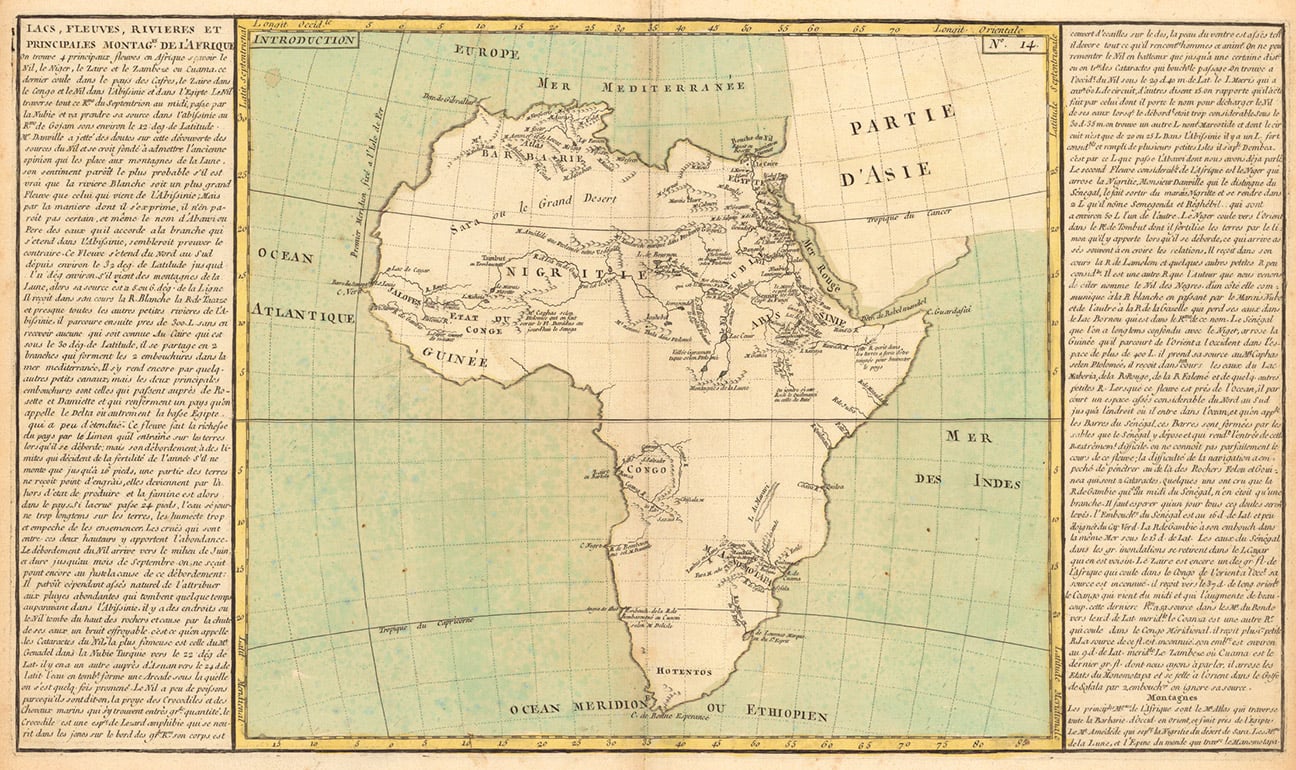 The collection is just a sample of the many old European maps of Africa, so it’s not evidence that the name did not persist on other maps until the 19th century, or 1800s. But it does show that at least the southern part of the Atlantic Ocean was once known as the Ethiopian Ocean.