‘You should not judge me by my past’? No, Gachagua ‘quote’ not from Kenyan news site Tuko

A graphic posted on Facebook in June 2021 quotes Kenyan legislator Rigathi Gachagua as saying he “cannot be held responsible” for political violence in Kenya in the 1990s and 2000s. Gachagua is member of parliament for Nyeri county’s Mathira constituency.

“You should not judge me by my past,” the quote reads, in all caps. “As a DO [district officer], I was under oath to protect the interests of former president Moi. I cannot be held responsible for  the things he forced us to do in Kiambaa and Molo.”

Kiambaa, a constituency in Kiambu county, was the site of deadly political violence in 2007. In the early 1990s, the town of Molo in Nakuru county saw houses burned and people killed in ethnic clashes.

The graphic includes a photo of Gachagua and the logo of Tuko, a Kenya-based news website. It’s been shared with public Facebook groups with tens of thousands of members, and on a page with more than 253,000 followers.

But did Tuko really produce the graphic, quoting Gachagua as saying this? We checked. 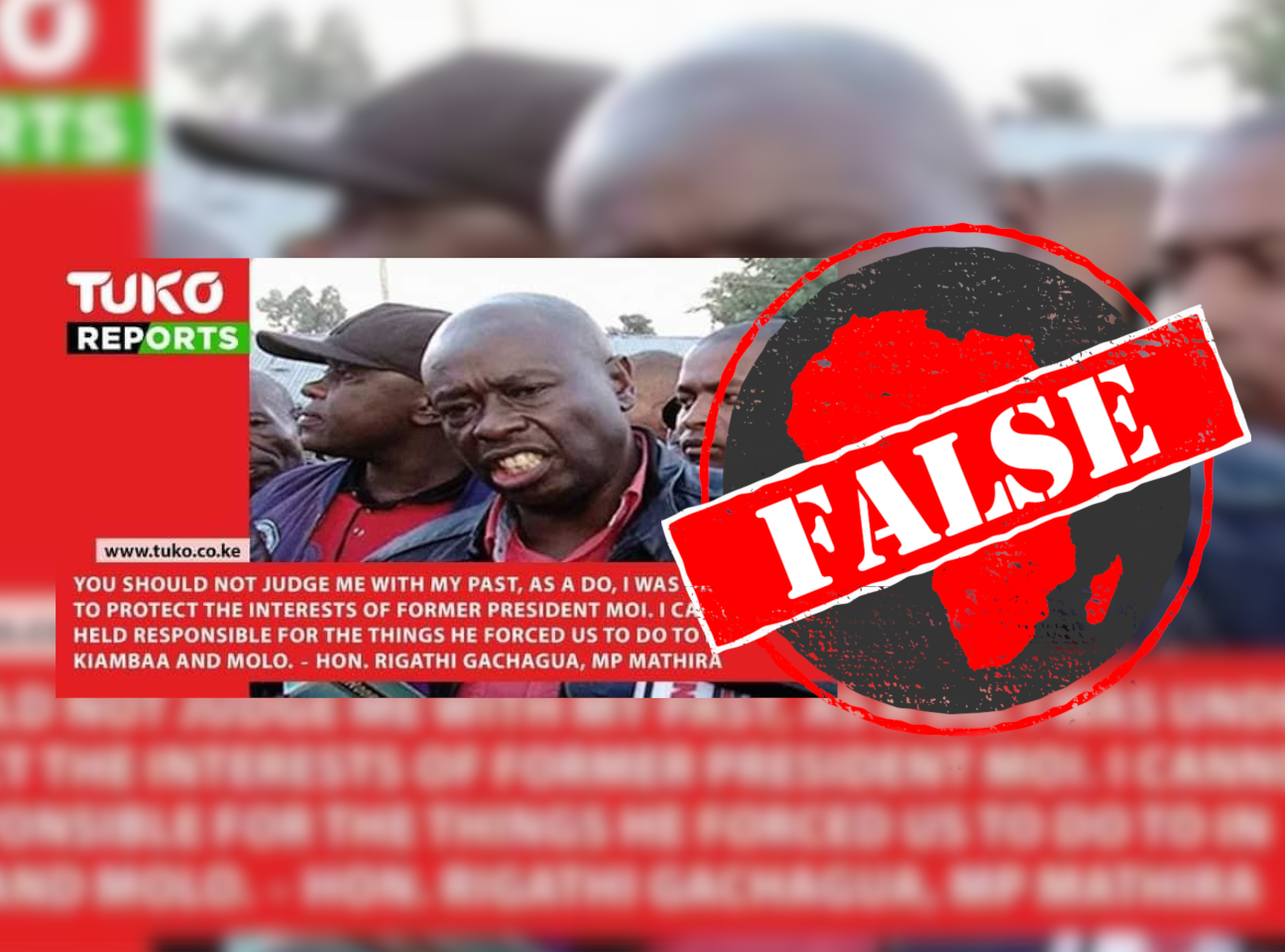 Julia Majale, Tuko’s managing editor, told Africa Check the graphic had nothing to do with the website.

“Nope, not from us,” she said. “We no longer publish quotes in such a format on our pages.”

On 9 June Tuko posted the graphic on Facebook, stamped “FAKE”.

“Kindly take note that this information is FAKE and does not originate from TUKO.co.ke,” the post reads. “Verified information and templates from us are only posted on our social media platforms and website.”