“If you get stopped in a roadblock especially SANDF and don't have a slip they can confiscate your groceries,” reads a viral WhatsApp message. The same post has been shared many times on Facebook. The SANDF is the South African National Defence Force.

“It seems harsh but it's the only way they can destinguish looters from normal people who have bought their food legally.”

Protests, violence and looting broke out in KwaZulu-Natal and Gauteng provinces following the incarceration of former South African president Jacob Zuma for contempt of court.

The army was deployed on 12 July 2021 to help law enforcement “quell the unrest” caused by the protests.

We contacted SANDF and the South African Police Service (SAPS) to find out if groceries can be confiscated at roadblocks if you do not have a receipt. 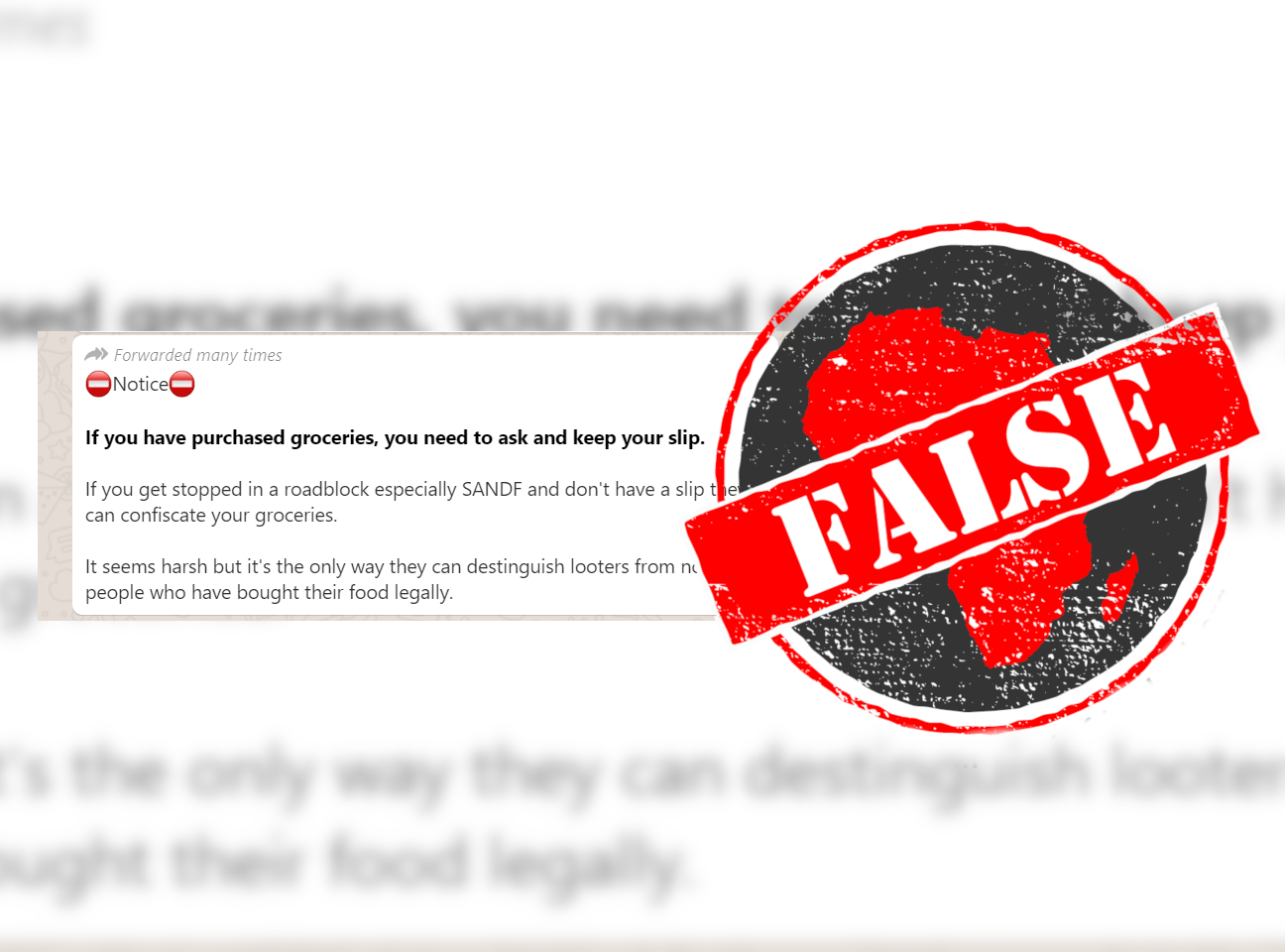 SAPS and SANDF confirm there is no such directive

Police minister Bheki Cele told the media on 14 July 2021 that the police would be asking communities to provide proof of purchase for goods, including flat screen TVs and fridges.

However both the police and the army told Africa Check the public would not have to provide receipts at road blocks.

The SANDF head of communication, Mr Siphiwe Dlamini, told Africa Check: “I am not aware of such a thing. My suspicion is that it’s fake”.

The police’s ministerial spokesperson, Lirandzu Themba, confirmed this: “There's no such directive from the police side.”

SAPS and SANDF officials won’t confiscate your groceries at a roadblock if you do not have a receipt.